RECENT regulatory changes in China restricting funds movements outside the country are having some short-term impacts on investment in Australian agriculture, property sector stakeholders have reported. 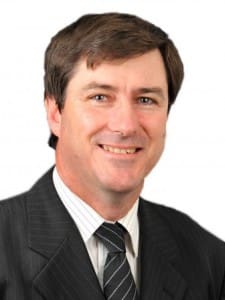 He cited the case of a large southern agricultural asset, where a Chinese interest had been the highest bidder, but the deal was subject to both Foreign Investment Review Board and Chinese State Administration of Foreign Exchange approvals.

“The vendor was not happy with those conditions – the uncertainty – and went back to other interested parties with an offer to match the price, minus the obstacles surrounding the Chinese government approval process. That asset was ultimately sold to another buyer,” Mr Lane said.

“The Chinese bidder in this case satisfied the market opportunity, but could not satisfy the SAFE control mechanisms, and lost the opportunity. The Chinese regulation over offshore investments is already impacting our market, absolutely,” he said.

Inquiry has not stopped

Colliers International Rural & Agribusiness national director of transaction services, Rawdon Briggs, said the new regulations had caused some mild disruption, but the inquiry over property out of China had not stopped as a result.

“We have a team heading up there to talk with active investors at the end of the month,” he said.

Any impact would depend, to some extent, on whether the decision-makers already had capital outside of China, Mr Briggs suggested.

“There’s quite a few Chinese investors that already have businesses in the US, Europe, other parts of Asia or indeed Australia. They’re still going to invest here, but perhaps not quite in such big licks as seen earlier.”

“The Chinese Government is on the record as saying it wants to stimulate their economy. If they can even halve the many billions of dollars that were flowing out of the country in offshore investment, it leaves them with the opportunity to direct those investments in the domestic economy.”

“But the problem is that many of the Chinese businesses that earlier were recording annual growth of 20pc or more, are now looking at 12pc or less. Overlay a real inflation rate of 7-8pc on that, and it’s easy to see why some Chinese investors are reluctant to spend the money at home.”

Mr Briggs said ten years ago, China was looking to attract capital, and the Americans, Australians and others were investing in assets in China. About six or seven years ago, capital started flowing the other way.

“Now, that offshore investment is just starting to slow again a little, in relative terms.”

He said that did not necessarily reflect more subdued interest in Australian agricultural property assets this year.

“To be honest, we are actually seeing some very strong interest out of China, particularly towards southern Australia.”

Some China finance watchers have suggested the restrictions on capital movements out of China will stay in place until September this year, but other anticipate it could remain in place longer.