In 2009 Toowoomba precision agriculture company Farmscan Ag was approached to develop a GPS guidance system for aerial baiting of wild dogs in some of Western Australia’s extensive national parks.

The vast areas involved meant that distributing baits at ground level was not cost-effective.

Aerial baiting was seen as a solution, but only if could be assured that baits would be delivered in precisely targeted locations, to avoid unintended baiting of non-targeted areas and/or animals.

“They wanted a system where they could both plan their flight lines so they could fly in a grid pattern, but also so it would drop the baits automatically out of the aircraft at defined distances,” Farmscan Ag director and R&D manager Jason Stone explained.

The resulting system, developed in 2009, ensures baits are only dropped along gridlines within the boundary area of each national park, and outside any identified exclusion zones contained within each park, such as watering points or watercourses. 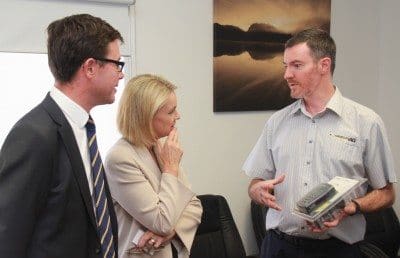 It also provides documentary evidence to prove exactly how many baits were dropped on each run, and precisely where each bait was dropped.

The task also involved designing a tailored screen layout and a separate LCD display with heading and distance information for the pilot, so they did not have to take their eyes off their instruments.

The project started in 2009 and has been continuously funded by the WA Government since that time.

“The reason they came to us was because of our experience with GPS guidance, mapping, spray control and translating that to an aerial environment,” Mr Stone explained.

“It was a bigger challenge than we expected.

“With agriculture you get some fairly big farms but nothing like this sort of scale, so the mapping and record keeping requirement was a lot bigger.”

Despite the success of the WA project the same technology is yet to be adopted for wild dog control in other states and territories.