Why a national feral pig action plan is long overdue At any given time, more than 1000 individual feral pig control programs can be underway across Australia.

Most are focused at a local level and few operate in a coordinated, strategic way. 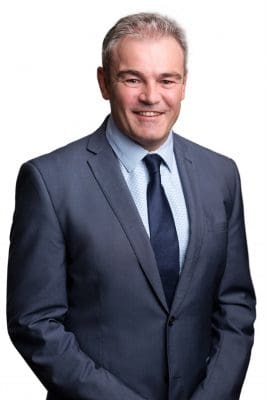 The steering group has met twice already and today is holding a detailed information session via Zoom for 64 stakeholders around the country.

Recently completed research has underlined the depth of the problem feral pigs pose to agriculture, the environment, indigenous communities and livestock and human health nationally.

Economically the direct cost of damage caused by feral pigs each year is estimated at $106.5 million annually, likely to be a conservative figure, including predation on livestock, reductions in crop yields and physical damage to infrastructure such as fences and water troughs.

As this economic cost estimate is derived from studies conducted over 20 years ago, work is underway to better understand the economic impact of feral pigs and assess their non-market environmental and social impacts.

That estimate does not factor the damages caused by feral pig populations as carriers and amplifiers of many endemic and exotic diseases, including Q fever, leptospirosis, brucellosis, tuberculosis and porcine parvovirus.

The potential for feral pigs to harbour foot-and-mouth disease or African swine fever has also been long-identified as a major risk factor for industry that could result in devastating losses to the Australian livestock sector.

The National Feral Pig Action Plan is backed by a $1.4 million Federal Government initiative, but longer term, sustainable sources of funding will be required to underpin a successful national control strategy.

Initial funding could provide a short term “sugar hit” through a major cull but without sustainable funding and a strategic approach pig populations would quickly recover, Mr Maher said.

Australian Pork Limited has been heavily involved in driving the program forward, with its former research and innovation general manager Dr Heather Channon appointed as National Feral Pig Management Coordinator in February, but support from other agricultural sectors will also be needed to ensure the program’s long-term effectiveness.

Mr Maher said that since taking on the role of Chair of the Steering Group leading the development of the National Feral Pig Action Plan a few months ago, it has become clear how fragmented and disjointed existing feral pig control approaches are across the country.

“What we’re going to try to do is put together a plan that applies a more strategic national approach so we get better bang for our money, with respect to the dollars that are being spent,” he said.

“At the moment there are many community programs being run, but there is a lack of knowledge sharing of effectiveness of feral pig management.

“The whole idea is to get far better coordination and consistency of initiatives nationally, and to guide the use of scalable best practice methods for feral pig control.

“Let’s be frank, choice of methods and their success will differ by region, and one thing we are learning is a regional approach is best rather than a property by property approach. Feral pigs don’t recognise fences or land boundaries.”

Reviving commercial harvesting to be explored In years gone by the commercial harvesting and processing of Australian feral pigs for overseas markets has generated economic activity for rural communities, peaking at $50 million in the mid 1980s and helping to control feral pig numbers.

Factors including increased competition in overseas markets, the logistical challenges and cost of harvesting pigs over large areas and the sporadic supply of carcases suitable for processing led to the trade’s deterioration from 2010.

However Mr Maher said the business case for reviving a feral pig harvesting industry will also be looked at as part of the nationally coordinated feral pig management plan.

Mr Maher said the steering group is aiming to develop a draft national plan to give to Agriculture Minister David Littleproud on January 15.

* Industry stakeholders wishing to participate in the National Feral Pig Action Plan Stakeholder Survey, which will contribute to the development of the National Feral Pig Action Plan, have two days left to do so – the survey will close at 11:59pm this Friday, September 4. For full details or to participate, go to: https://www.surveymonkey.com/r/6M9XT8M