Western Australia is on the cusp of deregulating management of Johne’s Disease, bringing it into line with other Australian States and Territories, following the confirmed detection this week of the cattle strain of the disease in a herd in South west WA. 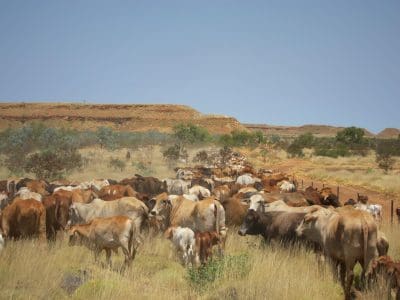 A file image of cattle in the WA Kimberley.

The “C” (cattle) strain of Johne’s Disease, which had previously been undetected in WA, has been discovered in an eight-year old home bred animal, indicating the disease has been present in that herd for at least eight years.

The “S” (sheep) strain of Johne’s Disease has also been detected in several WA cattle herds.

The WA Department of Primary Industries and Regional Development has stated that as many as 480 herds could have been infected as a result of the detection in WA. While no details on the source of the detection have been revealed, the large number of potentially infected herds suggests the detection occurred in a large seedstock herd.

BJD can cause chronic wasting and diarrhoea in infected cattle and death in some instances. However the devastating costs of rules requiring the disease to be eradicated which were borne out in Queensland in late 2012 led most States and Territories to decide to “live with” BJD and allow producers to manage the disease at an individual herd level. BJD can also be managed through vaccinations.

Management of Bovine Johne’s Disease in Australia was effectively deregulated in 2016 in most States and Territories.

However, WA elected to continue to regulate BJD management with strict controls and testing requirements for cattle entering the State with the aim of preventing the disease from entering its herd.

Since that time WA has detected the “S” (sheep) strain, which is endemic in the WA sheep flock, in several cattle herds in the State.

Two and half a months ago, on July 1, 2021, WA’s border entry testing requirements were strengthened further, especially for herds in Queensland and the Northern Territory.

However, faced with the new confirmed “C” strain, WA now appears set to join other States and Territories in deregulating management of the disease.

WA chief veterinary officer Dr Michelle Rodan told the ABC yesterday the large number of potentially infected herds meant it would not be feasible to eradicate the disease without causing significant financial and social harm to the industry.

WA livestock groups and DPIRD representatives are expected to meet in coming days to discuss deregulation and the likely major reduction or removal of the current JD import conditions for cattle entering WA.

WA Farmers Livestock Council president and Cattle Council of Australia board member Geoff Pearson told Beef Central this morning that it was likely WA will move into line with other states with removed border restrictions and Johne’s Disease risk managed at a property level when a decision is made in coming days.

“But in saying that we are going to push hard as a State to further our surveillance as far as trying to control it and potentially mitigate this disease into the future,” he said.

“The Department will continue to test these properties on a regular basis.

“It will only be testing, it won’t be trying to eradicate, but testing to monitor the progress of it all.”

Asked if deregulation presented benefits to WA producers Mr Pearson said some advantages would include the ability to trade more freely across borders again and to allow more Eastern States genetics back into the WA livestock genetic profile.

Problems that some northern stations have also faced in moving stock across borders would also be relieved.

Kimberley Pilbara Cattlemen’s Association chairman David Stoate told the ABC that the existing state controls had restricted access to genetics outside of WA which had cost the northern beef industry money, and WA cattle were not receiving a premium for their BJD-free status.

Deregulation was “common sense”, he said.

With Spring bull sales underway, a relaxation of border controls could add further demand to an already strong season in eastern States.

Alex McDonald, executive officer of the Australian Registered Cattle Breeders Association, said the organisation estimated that before WA strengthened its border controls on July 1, between 1000 and 2000 bulls were going from Queensland and the Northern Territory to the Kimberley and Pilbara regions.

A decision to relax the border controls would also make it easier for understocked properties in the Kimberley and Pilbara region to restock from the eastern states.