While my knowledge of the new Covid 19 vaccines is the same as everyone else who follows the media reports, I can claim considerable knowledge of the effectiveness of vaccines in livestock, especially cattle. In the north of Australia where individual animal observation and treatment is simply not possible, preventing disease in large herds through vaccination is the only logical approach to disease control and has been proven to be highly effective time and time again. 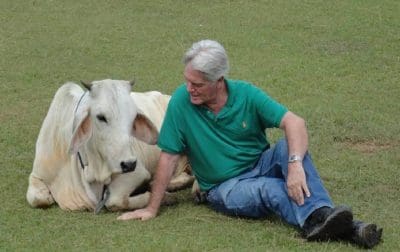 As a newly graduated veterinarian in 1976 one of my first jobs was to participate in the Brucellosis eradication campaign (commenced 1970). Cattle in southern Australia were infected with Brucellosis at a relatively high rate so a vaccine called Strain 19 was administered to all young heifers to reduce the prevalence of the disease to less than 2% to allow test and slaughter to complete the final phase of the program with successful eradication declared in 1989.

As a young vet in the Northern Territory (NT) with the Department of Agriculture, I was told many stories of the early days of the Department including their vital part in the historic eradication of Bovine Pleuropneumonia from Australia in 1973. This was achieved using a very basic vaccine delivered by vets and stock inspectors across the vast cattle herds of northern Australia with remarkable success.

I spent a short time after graduation working with pets and assorted farm animals and frequently saw Distemper in dogs and Strangles in horses. The excellent vaccines that were produced against these diseases mean that they can now be effectively controlled by regular vaccination. Today, distemper in dogs is quite rare.

In 1981 I was working in Katherine in the NT when I was presented with a number of very sick dogs showing fever, bloody diarrhoea and a very high death rate especially in young pups. I remember ringing a friend in a vet clinic in Alice Springs for advice and he explained that they were also seeing the same thing and had no idea what it was. Researchers quickly identified that this new syndrome was caused by a Parvo virus which subsequently killed a very large number of dogs until a vaccine was produced several years later with spectacularly successful results.

Most of northern Australia is deficient in phosphorus with one of the signs of deficiency being cattle chewing bones. Unfortunately, this frequently led to a disease called Botulism which has an exceptionally high death rate. During the 1980’s botulism was one of the biggest killers of cattle across the north until vaccines were produced which stopped it in its tracks. The first vaccines required two doses 4 weeks apart which was quite impractical in the pastoral herds so many cattle were unprotected as they didn’t receive their booster shot in good time. After several more years, highly effective single dose vaccines were produced resulting in a sharp decrease in mortalities across the northern herds. These mass-produced vaccines were relatively inexpensive, easy to delivery and able to be carried long distances around the stock camps in the bush with basic refrigeration. 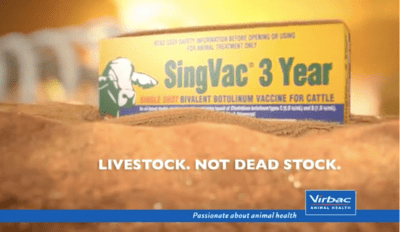 Only two major viral diseases have ever been eradicated world wide. Smallpox in humans and Rinderpest in cattle. For millennia, Rinderpest caused the death of millions of cattle, buffalo, yak and wild animals leading to famine and starvation in those communities dependent on their herds for food. [see BC article 2nd July] An eradication campaign across Asia and Africa was successfully completed in 2011 with the very last cases identified in Ethiopia and Sudan. This campaign was based largely on vaccination as was the eradication of Smallpox (1980). The list of vaccinations available for pets and livestock in Australia is huge. All these vaccines are highly effective as a result of continuous improvement in technologies and the comprehensive scientific evaluation for safety and efficacy by the Australian Pesticides and Veterinary Medicines Authority (APVMA) which plays a similar role to the Therapeutic Goods Administration (TGA) which regulates human medicines including the Covid vaccines.

Yes, there are always some risks when injecting something into your body but in the case of Covid 19 they are insignificant compared to the risk to your health if you contract the disease. If you are not convinced, just watch the television footage of the current outbreak in Indonesia. Even if you are never infected, high levels of community vaccination will allow us to get our normal daily lives and economy back again and that is certainly worth a very tiny health risk.  Get vaccinated as quick as you can. The risks are insignificant, and the benefits are immense.