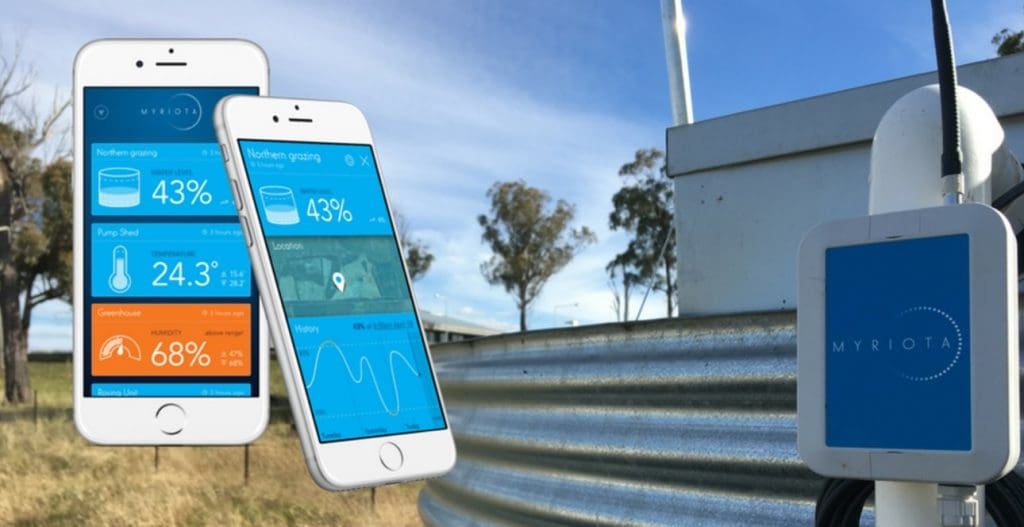 Last month, Myriota started deploying the first low-cost satellite water tank monitors, and plans to have such 30 devices in commercial operation across agricultural applications in coming weeks. The first units were installed in paddocks at the University of New England, Armidale.

These low-cost, direct-to-orbit, water tank monitors are one of Myriota’s first deployments and are being developed under a project co-funded by the Australian and New Zealand CRC for Spatial Information.

Myriota uses tiny low-powered transmitters that communicate directly with a constellation of low-earth orbit satellites. Messages are then decoded by the company’s patented receiver software, providing scalable ultra-low-cost connectivity for a range of industries.

The technology provides cost-effective connectivity from any location on earth.

“We have deliberately designed this product to be as simple and robust as possible,” Mr Beck said.

“Anyone who can use a set of pliers and zip-ties will be able to install these devices. The communications technology is advanced, but it needs to be very easy for the farmer to install and use.”

Myriota has created the water tank monitors by integrating its long battery life satellite transmitters to an off-the-shelf pressure sensor. The pressure sensor is submerged into the stock water tank, providing water level data which is then transmitted to Myriota’s low-earth orbit satellites.

This data is in turn relayed back to earth where the message is decoded using Myriota’s patented receiver software.

The project also involved the creation of an easy-to-use web app to display tank level data in a clear and concise manner on an operator’s iphone, tablet or farm computer.

In May, Myriota was awarded Best Industrial IoT Start-Up at the world’s largest internet-of-things summit, held in the Silicon Valley in the US. 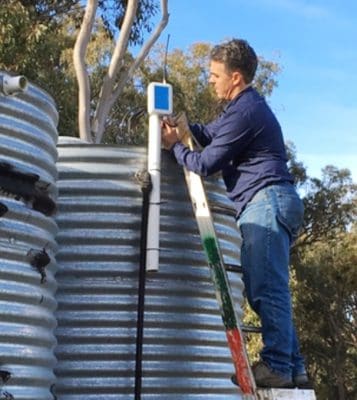 Myriota was one of more than 100 start-ups from around the globe, who pitched to a panel of Silicon Valley and International IoT experts.

Judges were impressed with Myriota’s development of a low-power, low-cost, satellite IoT communications platform, making transmission of small data from remote locations economically viable for a whole new class of sensors and machines.

Myriota chief executive Dr Alex Grant said the company was honoured to be formally recognised by industry leaders at the largest IoT summit in the world.

“There is huge verified global demand for cost effective remote connectivity and we are pleased the judges saw the value of Myriota’s technology,” he said.

IoT developments and innovations are shaping the way the world does business, with estimates putting the number of IoT-connected devices at 30 billion by 2020.