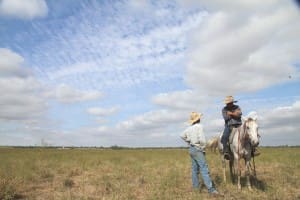 Particularly in times of inconsistent seasonal conditions across Queensland and beyond, agistment arrangements can prove valuable for stockowners and landowners alike.

They could be considered “tried and true” examples of the collaborative farming concept discussed by my colleague Bill Loughnan in a recent article.

However, for all the successful collaborations between stockowners and landowners, agistment arrangements regularly give rise to disputes. So, how do you avoid agistment-related disputes in the first place, and how do you resolve them?

Every agistment arrangement is unique and relying only on handshakes or incomplete notes can give rise to costly legal disputes about the details of the arrangement. For example, in Hornery v McDonald & Anor [2006], the owners of cows and calves agisted on a property at Blackall sued the landowners claiming that insufficient feed was provided for the stock, resulting in the failure of a subsequent artificial insemination program.

Fortunately for the landowners, the Court found those obligations did not extend to keeping the cattle in above average condition and the stockowners’ claim failed, but things could have been different had the stockowners’ version of events been accepted. A complete written agistment agreement should have put the dispute to rest before it reached the courts.

When the Personal Property Securities Act (PPSA) commenced in 2012, it introduced a new risk for the owners of stock on agistment: the potential loss of ownership of those stock if the landowner goes into bankruptcy, liquidation, administration or the like.

In effect, the PPSA requires agistment arrangements to be documented and registered in order to protect the stockowner’s ownership of the livestock. There is a limited exception for certain arrangements that have a fixed term of less than 12 months (including options to extend), but even in these circumstances registration could avoid potentially costly disputes.

Registration should be completed no later than 15 business days after the livestock has been delivered to the landowner’s property or the agistment agreement has been signed (whichever is the earlier).

Registration is undoubtedly an additional administrative burden and the risks of not registering are still being ignored by many stockowners. However, with good advice and assistance, registration is a quick and inexpensive process.

It may come as a surprise to many landowners taking stock on agistment that they do not have an automatic right to refuse to redeliver stock until agistment fees are paid, or to sell stock to cover unpaid fees.

The issue was most recently considered by the Queensland courts in Fearnley v Finlay [2014], where there was no written agistment agreement and the landowner sought to rely on an oral agreement to recover $225,000 in unpaid agistment fees relating to a period of agistment in excess of three years.

The landowner claimed a lien over the cattle under the Storage Liens Act, which would have allowed the landowner to sell the agisted stock and retain the unpaid agistment fees from the proceeds. However, the landowner’s claim failed because the Court found that the agistment arrangement did not fall within the scope of the Storage Liens Act. Further, the Court noted that the general law, in most circumstances, will not imply a lien in agistment agreements.

The Court’s decision reminds landowners taking stock on agistment that, in order to obtain an effective lien over the livestock, it should be documented as part of a written agistment agreement and further steps should be taken to ensure the lien has priority over other claims (for example, any claims of the stockowner’s financier), including registration of the landowner’s interest under the PPSA.

If a lien or other security (for example, payment in advance) is not obtained at the outset, it can be very difficult to recover payment from a stockowner. However, we have assisted clients settle disputes without litigation.

A practical solution in some instances may be for the landowner and the stockowner to jointly instruct a livestock selling agent to sell the agisted stock. The irrevocable instructions to the agent would be to retain the agent’s commission and meet other selling costs out of the proceeds of sale, remit the unpaid agistment fees and transport costs to the landowner and then pay the balance to the stockowner.

A related problem occurs where stock are left on agistment beyond the agreed period, usually in circumstances where there are unpaid agistment fees, or after earlier termination of the agistment agreement because of unpaid fees.

Again, a lien and power of sale incorporated into a written agistment agreement from the outset would be a landowner’s best remedy.

Another remedy may be for the landowner to impound the stock, effectively cutting his or her losses and freeing up carrying capacity. The impounding of stock is controlled by the various local governments throughout Queensland. As local laws vary between areas, legal advice should be sought before a landowner proceeds down this path.

As a last resort, a court can order the removal of livestock. In Tocchini & Anor v Paroz [2011], a property at Mt Mort had been sold by statutory trustees for sale as a result of a dispute between family co-owners. Following the sale, one of the former owners entered into a written agistment agreement with the new owner for the continued agistment of the former owner’s livestock. However, he never paid the agreed agistment fees, destroyed a section of fencing to give his cattle better access to water and ultimately ignored the landowner’s demands to remove his cattle from the property. The landowner successfully sued to recover close to $48,000 in unpaid agistment fees and the cost of fence repairs, and obtained an order requiring the stockowner to remove his stock.

Thynne + Macartney has worked with AgForce Queensland to develop a template agistment agreement for use by AgForce members, and can assist to prepare a cost-effective tailored agreement whenever required. We also assist landowners and stockowners resolve disputes if they arise. 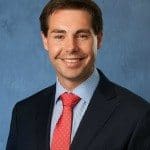