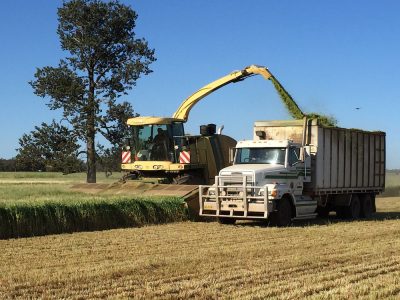 SILAGE stockpiles across the eastern states have seen a remarkable turnaround in the past two years, with widespread rain delivering another season of good forage crops.

While rain is having an impact on the current grain harvest, most of this year’s silage in northern New South Wales and Queensland has been cut – adding to an already solid supply.

The situation is a far cry from 2019, when access to silage and roughage was hitting crisis-point for many lotfeeders, and high-priced hay was travelling thousands of kilometres to keep rations going. Some yards resorted to using low-value sugarcane tops from North Queensland as a roughage source. 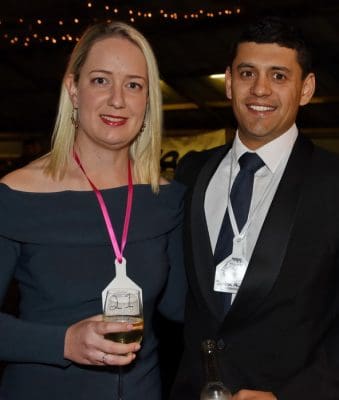 Silage consultant Jordan Minniecon from Lallemand Animal Nutrition in Toowoomba said with the drought depleting stockpiles in 2019, many lotfeeders and producers were acting with caution.

“It’s been an exceptional winter in places, people have grown some of their best cereal crops in a long time,” Mr Minniecon said.

“There’s a been a reasonable amount of cereal silage put away again with people topping up on summer silage – right through Southern Queensland and Northern New South Wales.

“The drought is still very fresh in minds and I guess that’s why we’ve had such a high uptake in the silage market.”

Mr Minniecon said most of this year’s silage was cut before the latest rain, which was more likely to impact grain supply.

“There is a lot of grain around at the moment and those guys are going to be hoping they don’t have too much more rain so they can harvest – there’s also a straw component of that,” he said.

“A lot of early summer crop has been planted again, some of the corn on the Darling Downs is only six weeks away from harvest. They planted early to combat the Fall Armyworm.”

Many of Australia’s larger commercial feedlots have the capacity to store 30,000 to 40,000t of silage for ration use.

Andrew Talbot from Elders’ Killara Feedlot, on the Liverpool Plains in NSW, said the turnaround in roughage availability, from 2019 to 2021, was remarkable – with a selection of product at half the price.

“Like a lot of other feedlots, we needed to investigate how to feed more grain because grain was available in Western Australia.

“But as a result, a lot of lotfeeders have recognised the importance in being able to feed more grain to drive growth rates, so we haven’t reduced the percentage of grain.” 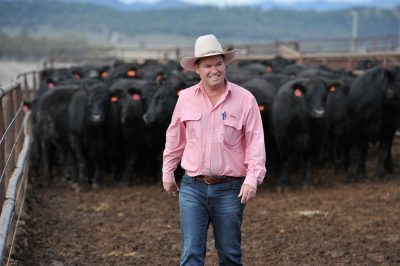 Mr Talbot said with bumper crops across NSW, the organisation was able to stockpile some of its roughage.

“We certainly have been stockpiling cottonseed from April, May and June to give us 12 months’ worth of supply,” he said.

With the stockpiles growing, Toowoomba-based trader Feed Central has predicted this year’s hay supply to be down 40 to 50pc – which it said was consistent with demand.

General Manager Cieran Maxwell said with high grain prices a lot of cereal crops were going through to grain.

He said while demand was sluggish, good quality hay was selling.

“Good quality hay is around, as we are seeing through our Quality Assurance system, but despite favourable grazing conditions buyers are still in the market,” he said.

“There’s been a big transition from bailed silage to bulk silage and lot of people now have feed for the next two years,” Mr Lewis said.

“The feedlots are a bit more fixed on volumes and they have targets they try and build up to, but some of them are happy to put enough feed away for two years in these times.”

Mr Lewis said most of this year’s silage had been cut, but rain through October and November had drawn out the season.

“For Southern NSW, Northern Victoria and parts of South Australia silage has pretty much finished for the year,” he said.

“It has been dragged out with the cooler season and rainfall, particularly in parts Gippsland and South-West Victoria where it’s still wet and silage is still being held up.

“In general, right across Southern Australia it’s been two good years and reserves on farm are pretty high.”