Restockers urged to reduce stress to combat pneumonia in cattle British and European breeds of cattle such as Angus are more susceptible to pneumonia. Picture: Central West Local Land Services.

CATTLE restockers are being urged to consider introducing stress mitigation measures in their enterprises to help combat a rise in pneumonia related cattle deaths in the Central West.

Bovine Respiratory Disease is the most common disease in feedlot cattle with the combination of stress, virus and bacteria contributing to outbreaks and is also currently being seen as restocking takes place on grazing properties. 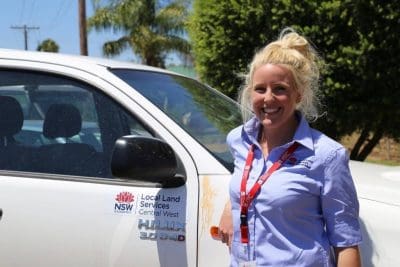 Central West Local Land Services District Veterinarian Dr Erica Kennedy said while some breeds are more susceptible than others, all producers could implement measures to reduce stress in their operations to reduce the likelihood of their animals being affected.

“We see this disease most frequently in Autumn and early Winter with British breeds such as Angus and Herefords being more susceptible than Brahman/Santa Gertrudis types.” Dr Kennedy said.

“Transport, time off feed and being at the saleyards are all causes of stress on cattle.

“Reducing distances travelled where possible, feeding hay when cattle arrive at the new property and avoiding using dogs in the yards with newly arrived cattle will all help reduce stress in the animals.”

“Introducing new animals to each other is one of the biggest risk factors for disease as not only are cattle exposed to viruses  they may have never encountered before, re-establishment of the ‘pecking order’ is one of the major stress factors contributing to the pneumonia we’re seeing.”

Even changes in weather and water can increase the animals chances of succumbing to disease, Dr Kennedy said.

“Big fluctuations in temperature such as bringing cattle down from Northern Australia may have an impact as can switching from rain to bore water as this may have a big impact on water intake.”

Being aware of potential risks and implementing mitigation measures where possible will help reduce the likelihood of cattle being affected, Dr Kennedy said.