FUTURE-proofing the profitability of southern Australia’s sheep and grassfed cattle producers is the focus of a new plan launched today which identifies regionally-specific priorities for research, development and adoption.

The Southern Australian Meat Research Council’s RD&A Plan 2016 is the result of a new regional consultation model which enables grassroots producers to have direct input into where their R&D levies should be directed by Meat & Livestock Australia. 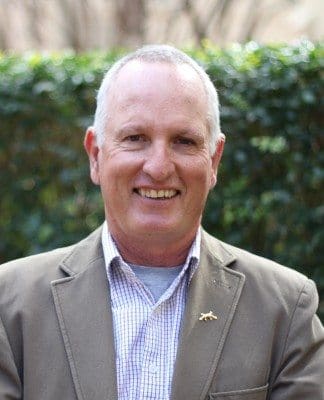 SAMRC Chair Ralph Shannon said the plan is a major step forward in achieving their objective of increasing on-farm adoption of R&D.

“This plan is more than simply another list of priorities,” Mr Shannon said.

“It acknowledges that R&D outputs must be adapted to suit local and regional specific conditions if we want producers to increase their adoption of R&D and ultimately boost their farmgate returns.

“The area covered by SAMRC comprises 41 percent of Australia’s total red meat production area. It accounts for 84pc of the country’s total sheep value and 58pc of its cattle value.”

SAMRC’s plan outlines the RD&A priorities that have been identified specifically for each zone, with some issues common among regions such as feedbase development.

The plan was officially launched in Sydney today by the former chief of CSIRO Livestock Industries, Emeritus Professor Alan Bell, who is internationally renowned for his research on the nutritional physiology of pregnancy, lactation, and growth in sheep and dairy cattle.

“Increasing the sustainability, productivity and profitability of such a large number of producers is critical for the future of Australia’s red meat and livestock industries,” Dr Weatherley said.

“An independent performance review of MLA released this month found the rate of on-farm adoption of R&D in our industry can be improved to help lift return on investment.

This plan, and the regional consultation model driving it, are among the ways MLA and its RD&A partners are addressing this opportunity to ensure research is best targeted to producers and their business needs.”
SAMRC is one of three national councils set up to provide advice on RD&A within Australia’s red meat and livestock industries and help guide MLA’s investment of levies. Its members include representatives of MLA, CSIRO, state agencies and departments of primary industries and universities.

SAMRC’s plan explains the reasoning behind each region’s priorities and why ongoing investment in regionally-focussed R&D is critical:

Cattle Council of Australia chief executive Jed Matz said the plan sought to address some of the major challenges faced by the beef industry.

Mr Matz said the plan would encourage collaboration, co-ordination and efficiency of research programs through a regional focus.

“The plan provides more than just another list of priorities,’’ he said.

“It states a compelling narrative approach, which clearly illustrates the benefits of investment in red meat industry research and development.’’

Mr Matz said a compelling story around economic and community benefits was essential when operating in the current challenging funding environment. The plan would enable the beef industry to leverage greater R&D investment. He said there was an emphasis on development within each region represented in the SAMRC.

“Cattle Council is supportive of the plan as it will help facilitate investment from government and research partners in red meat priority areas.

“The research environment has substantially altered in the past decade with the withdrawal of funds by traditional investors. The levy-payer funded research projects facilitated by the plan will be grass roots producer driven and deliver real benefits back to the farm gate.’’