NEW research has identified significant inconsistencies in the way calf mortality has been measured. 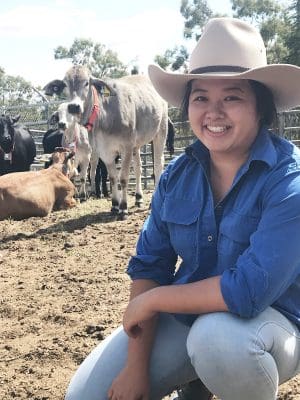 CQUniversity postgraduate student Anita Chang says the inconsistencies are limiting the ability to identify when calf loss occurs – for example, pre-natal or post-natal – and the extent external factors such as breed, rainfall and land type may have.

It states that 13 different observation timelines have been used in previous studies, and typically reported losses between calving and weaning, rather than focusing on more specific risk periods such as the peri-natal (first 48 hours of a calf’s life).

Furthermore, for many of these previous studies, calf mortality was not the primary focus, and further research is still required to gain a greater understanding of exactly when calf loss is occurring before any solutions can be proposed.

“The results of a systematic literature review that I have undertaken indicate that the resolution of the data available does not allow for producers or researchers to accurately target the occurrence or cause of calf mortality,” Ms Chang said.

“Experimental protocols for future research pertaining to reproductive efficiency and calf loss in northern Australia should be standardised, and consistency in reporting factors and periods must first occur for robust statistical analysis to be achieved.”

Ms Chang is in the third year of her PhD research project, which is sponsored by Telstra and Meat & Livestock Australia, and is using on-animal sensors – including GPS trackers and accelerometers which measure subtle animal movements – to better understand the causes of calf loss in order to support the industry’s push to develop an early-intervention alert system for graziers.

Calf loss has been estimated to cost the northern beef industry $53 million a year, but very few studies have been undertaken in the extensive production systems, with little human-animal interaction, that are typical of Northern Australia.

Ms Chang’s systematic review of all previous research literature in this field found that most studies in Australia were conducted in coastal Queensland, primarily in the 1960s, ‘70s and ‘80s, with a sharp drop-off in activity since 2010.

“In fact, there were no studies that exclusively gathered post-calving data in the Northern Territory; only two in WA; and the handful of high-intensity studies were conducted in Queensland,” she said.

“From this limited data gathered using inconsistent methods, it is difficult to accurately compare results and provide meaningful advice to farmers. For example, some studies found calf loss in the first 48 hours to be higher than in the post-natal period (after 48 hours and up until weaning), and in other studies the results were the opposite.

“However, there are numerous trends in the results that warrant discussion, such as the impact of seasonal conditions, and at the very least provide guidance for the development of future research trials which might enable a more controlled exploration of the issues raised.”

“One potential method to do this is through the use of on-animal sensing systems to determine whether the cow has fallen pregnant and successfully given birth to a live calf, and when or if the calf dies,” Dr Trotter said. “In doing so, the appropriate steps can be taken to reduce the incidence of reproductive wastage in the north Australian beef industry in the future.”