GRASSFED cattle producers from the Northern Rivers region of NSW are encouraged to attend a forum to help drive the future direction of levy-payer funded research, development and adoption programs.

Being held on Thursday 7 April at Casino, the forum is being organised by the Northern NSW regional committee of the Southern Australia Meat Research Council (SAMRC) as one of a series of Meat & Livestock Australia forums around Australia.

The events are an opportunity for MLA to consult directly with sheepmeat and grassfed beef producer levy payers about RD&A priorities for 2017/18, specific to each region. 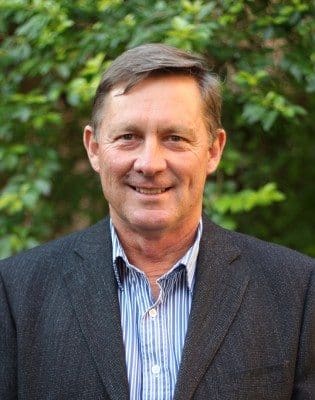 Chair of the Northern NSW regional committee of SAMRC, Tom Amey, said the regional consultation process would facilitate more targeted and relevant research, ultimately putting more money back into the pockets of producers from their transaction levies.

“For this process to be fully successful, we must have producer participation,” Mr Amey said.

“Through the SAMRC process, grassfed beef and sheepmeat producers will have greater input than ever before into the setting of research and development priorities that most affect their industry.”

As well as an opportunity for input into the future directions of RD&A priorities, producers attending the forum will also hear from a number of guest speakers on a variety of interesting topics.

MLA general manager for on-farm innovation and adoption, Dr Matthew McDonagh, will be at the forum to discuss current RD&A projects producer levies are being invested in.

Other topics include feed gaps in the Northern Rivers area and cattle market opportunities.

The forum will also hear from Rapville beef producer, Roger Bailey, Nandabah, who will discuss how his winter forage strategy of using ryegrass and oats maintains his 500-cow breeding herd when his summer growing pastures are frosted (see case study below).

The forum is the first northern NSW SAMRC event to be held as part of MLA’s new regional consultation model for RD&A investment from sheepmeat and grassfed cattle levies.

SAMRC covers NSW, Victoria, South Australia and Tasmania, as well as the sheep areas of south eastern Queensland, and its members include sheep and grassfed beef producers, MLA, CSIRO, agricultural departments, universities and agencies such as Local Land Services.

SAMRC is supported by seven regional committees, each chaired by a local producer, which gather input from local producers and producer networks on local RD&A needs.

Rapville beef producer Roger Bailey has relied on his winter forage strategy to maintain his 500 cow breeding herd on his property Nandabah, through the winter months when his summer growing pastures are frosted.

The grasses such as Rhodes grass, setaria and native grasses have low feed value after being frosted and cannot maintain the breeding cows in a productive condition.

For many years Mr Bailey has used the beef and beans system, where oats were drilled into the soybean stubble after harvest or ryegrass flown on at leaf fall.

The Nandabah steer calves are marketed at the special weaner sales in March and the Limousin/Angus/Brahman cross steers are keenly sought after by grass finishers, backgrounders or lotfeeders.

His improved pasture and winter forage system gives an improvement in the herd’s reproductive performance and heavier sale cattle.

Mr Bailey will speak at the upcoming Beef Forum in Casino, where he will share his management strategies.