IN LESS than one hundred days, the first stage requirements of the new quad bike safety standard will become mandatory in Australia. 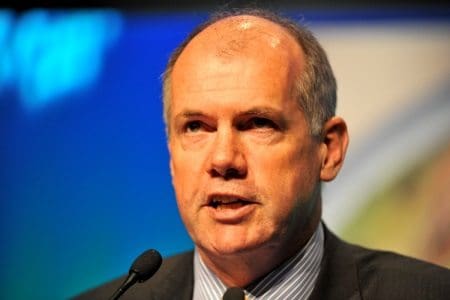 In my position as Deputy Chair of the ACCC, with responsibility for small business and agriculture, I have been closely involved in the development of this new safety standard.

The standard was the result of two years of intensive investigation by the ACCC, which included input from Australian and international experts, overseas government agencies, and multiple industry consultations.

The standard was the result of a very rigorous process, and is squarely designed to save lives.

The sombre and irrefutable fact is that quad bikes are the single biggest killer on Australian farms. 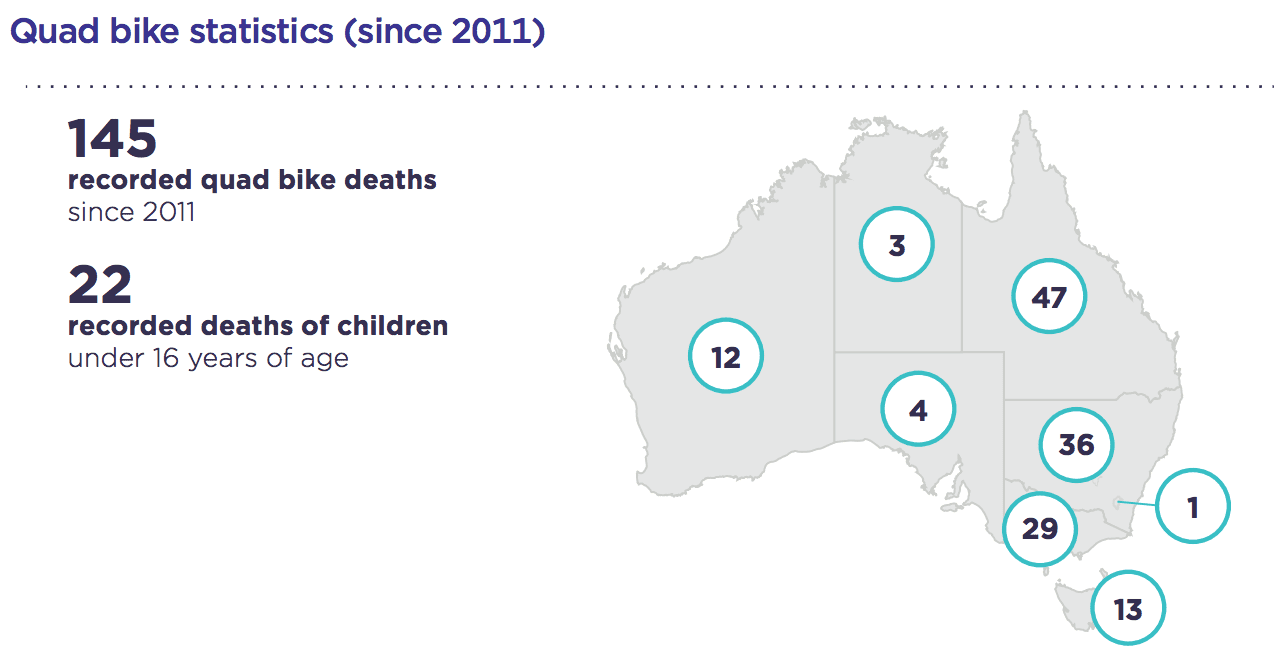 Since 2011, 150 people have died as a result of quad bike accidents. 23 of those have been children.

And so far this year, there have already been 14 reported fatalities – almost double the figures reported last year.

There are inherent dangers associated with the current design of quad bikes and the way the death toll continues is simply unacceptable.

Australia recently marked Farm Safety Week. It’s timely to remind people about the risks of quad bikes, how to use them safely, and why the government’s new safety standard is so important.

Our research, which came from coronial reports, work health and safety and hospital data, revealed most people die or are injured on quad bikes due to crush injuries or asphyxiation, which occur when a quad bike rolls over the rider, or comes to rest on top of them. The information the ACCC obtained during its investigation showed the priority for improving quad bike safety is addressing this risk of rollover, which is attributable for at least 60 per cent of quad bike fatalities in Australia.

That’s why next year the standard’s second stage introduces minimum stability requirements and makes it compulsory for new quad bikes to be fitted with an operator protection device (OPD).

An OPD alone will not stop all deaths and serious injuries, however, a quad bike with a properly designed and engineered OPD will help mitigate injury risk in the event of a rollover.

It does this by reducing the likelihood of the quad bike completely rolling over, or if it does by preventing the weight of the quad bike resting on the rider, by holding it off the ground and creating, in effect, a crawl out space or survival zone. Our investigation indicated an OPD, without any other regulatory intervention, may help to prevent around a third of all quad bike deaths in Australia.

As more evidence is gathered, the safety benefits from improving the design of quad bikes, including the fitting of OPDs, is being recognised by coroners, courts and work health and safety agencies.

Last year, the Victorian Coroner highlighted how such safety measures recommended by the ACCC can significantly reduce the frequency and severity of injuries, particularly from rollover incidents. State governments are also recognising the benefits, providing rebates for owners to fit OPD to quad bikes currently in use.

Other safety measures like wearing helmets, doing the appropriate training, and not allowing children to ride adult sized quad bikes, are also important in reducing fatalities, and the Australian Government is encouraging state governments to support these measures.

But we know education campaigns alone are not an effective long term solution, especially when quad bikes are inherently unsafe, and even very experienced riders have accidents with tragic consequences.

There have been some recent suggestions that side-by-side vehicles (SSVs) can pose similar dangers to quad bikes. SSVs by design, offer a greater level of protection than quad bikes as they are more stable, have a roll cage, seat belts, doors and nets that keep occupants inside the survival zone of the cage. Unfortunately, most fatalities involving these vehicles appear to be situations when these safety measures are not being used – in particular the wearing of seatbelts.

And while the new safety requirements for quad bikes won’t prevent all deaths – they will prevent many. These safety measures are the next steps in protecting lives in rural Australia, and surely that’s worth fighting for.

14 quad bikes deaths so far this year is shocking and we cannot stand by and allow it to continue.