The Awards recognise the state’s top producers who have achieved outstanding compliance rates to the Meat Standards Australia specifications for cattle MSA graded during 2014-15.

Mr McLachlan turns off between 100 and 115 grassfed vealers to the MSA program annually from his property, Rosebank, in the Adelaide Hills.

He won the MSA title from a field comprising almost 800 registered producers in South Australia who consigned cattle during the 2014-15 financial year. The other SA finalists for the award were Wayne Barton, from Normanville, and James & Angela Schutz from Hindmarsh Valley. 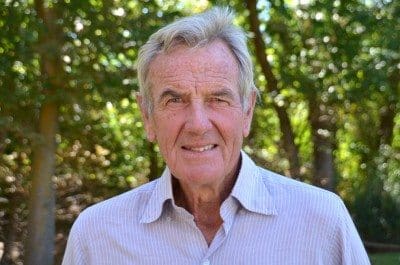 “Angus and his team are producing grassfed vealers, and the ossification scores are low because the animals are quite young and the calves are growing at a nice steady rate, so nutritionally, they’re not compromised,” Mr Lees said.

“The marbling produced by these cattle is also good, which contributes to the beef being really juicy, full of flavour and what customers want.”

Marbling is measured using MSA marbling standards and reflects the amount as well as distribution of intramuscular fat, which has a positive impact on juiciness and flavour of beef.

To be eligible for the awards, a producer’s annual MSA-graded volume had to be in the top 50th percent for the state they were produced in.

The Awards aim to raise awareness of best management practice from producers who consistently deliver superior eating quality beef ultimately for the benefit of consumers and for the profitability of the industry.

The MSA Excellence in Eating Quality Awards are being held throughout Australia in conjunction with a ‘Future of Eating Quality’ forum in each state.