The Southern Australia Meat Research Council has announced the seven livestock producers who will drive the collection of research and development needs from their local regions.

Today’s announcement is the first important step in the creation of local committees that will operate under SAMRC. A similar regional committee structure has operated for some years under the equivalent North Australian Beef Research Council.

MLA general manager, livestock productivity, Jane Weatherley, said the chairs would lead committees that would ensure beef and sheepmeat producers from NSW, Victoria, SA, Tasmania and Queensland could have direct input into the investment of industry levies.

MLA was committed to giving producers a much stronger role in determining the way their levies are spent and ensuring investment in R&D continues to deliver beneficial outcomes for industry in the short and long term, Ms Weatherley said.

“By re-invigorating SAMRC, we’re using an existing system that engages producers, others across the supply chain and co-investors. MLA and co-investors have been delighted by the enthusiasm and commitment of the appointed chairs to get the process established, and the significant level of interest from grass-roots producers who’d like to be involved with the committees,” she said.

Under the new consultation model SAMRC will join the newly developed Western Australia Livestock Research Council (WALRC) and the existing North Australian Beef Research Council (NABRC) as bodies to collect grassroots feedback from coordinated producer groups and Regional Committees. This input will then be taken to the Red Meat Panel for consideration in setting R&D priorities.

Well-known livestock industry identity Ralph Shannon has been engaged to chair SAMRC, based on his success in driving the North Australian Beef Research Council to where it is today. The regional committee chairs appointed to SAMRC include:

Mr Shannon encouraged producers in each of the SAMRC regions to speak directly with their regional chair and become part of the R&D consultation process.

“I’m excited about the calibre of producers who have put up their hand to lead our regional committees and I have every confidence that they can inspire others in their local areas to get involved,” Mr Shannon said.

“The plan from here is for producers from each of SAMRC’s seven production regions to be given regular opportunities to contribute their ideas on future R&D through events and direct communication with their regional chair,” he said.

“I urge producers to take advantage of this opportunity to have their say on where they believe future on-farm R&D efforts and funding should be directed.”

Click the link below to view a short video interview with Ralph Shannon, outlining his vision for the SAMRC organisation. 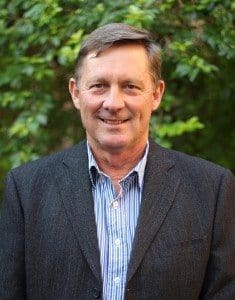 Tom has been a cattle producer for 38 years and has experience across the grazing and processing industry.  He runs a cow and calf operation west of Casino, NSW, servicing the MSA-graded trade yearling market and spent 14 years as a director on the board of the Northern Cooperative Meat Co with some time spent as deputy chair.

Tom has an honours degree in Rural Science from the University of New England which has given him a strong understanding of maximising productivity and profitability using sustainable practices and has encouraged him to drive and coordinate finishing trials for weaner producers, field days, workshops and seminars. He is a director on the North Coast Local Land Services board and chairman of the Strategic Planning Subcommittee. 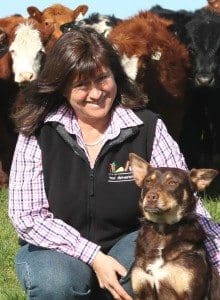 Jenny is well known for promoting sustainable agriculture, particularly in Gippsland where she and her husband run a 680ha beef and sheep property.

Over the past 29 years she has helped develop and deliver many initiatives to encourage farmers to adopt sustainable management practices including working with the South Gippsland Landcare Network, MLA’s scoping study for sustainable agriculture, Dairy Australia’s DairySage mentoring program and  the Westernport GipRip Project.  She is also the recipient of a number of awards including the Beef Improvement Association’s Service Award, the Hugh Mackay Farming Award and the Gippsland Women’s Honour Roll for her work to advance agriculture and protect and enhance the area’s natural resources.More recently, Jenny and her husband Paul have created an exciting agri-tourism business, Gippsland Food Adventures, promoting Gippsland as a premium food region. 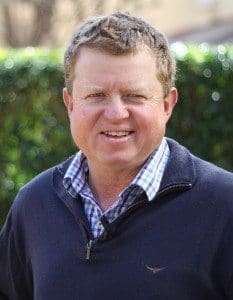 Gus, with his wife Kelly, runs a mixed grazing operation over two properties in the Wentworth/Broken Hill area on the Anabranch River.  Here, they produce mainly store lambs and calves for on-selling to finishers, while mutton is sold over the hooks.

Merino genetics are predominantly used in the sheep flock, although most years White Suffolk rams are placed over a portion of the enterprise’s ewes. Angus’ cattle herd includes cross-bred cows, predominantly Santa Gertrudis cross, with the use of Angus bulls. 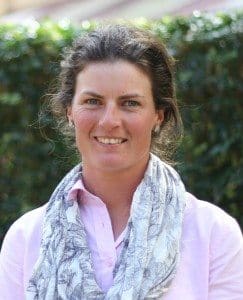 Hannah Marriott manages a beef and sheep property near Greta, North East Victoria encompassing self-replacing ewes and Angus cows.  She has been farming full-time for eight years, has run a lamb feedlot and established a lamb brand which she ran for five years.

Hannah holds a degree in Rural Science from the University of New England and has completed the Institute of Food and Grocery Management’s Meat Executive Program as well as the Lifetime Ewe Management program and MLA’s Bredwell Fedwell workshops.

Hannah has convened the Southern Australian Grasslands conference in Wangaratta, sat on the Victorian Farmers’ Federation’s livestock council and has been the recipient of a prestigious Nuffield Scholarship which she used to investigate the commercial benefits of individual animal management in sheep. 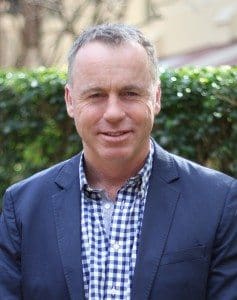 Tim and his wife Georgie run a self-replacing prime lamb flock, a seed stock business, run cattle and grow some cereal pasture crops at Pigeon Ponds in Western Victoria.  They have substantially expanded the business over the past decade and have a strong focus on productivity and land development.

Tim has been involved with and still manages extension activities with a number of Lifetime Ewe Management groups and a BestwoolBestlamb group and delivers qualified training in agriculture at Rural Industries Skills Training, Hamilton.

Tim has been involved at executive and committee level in many and various local organisations including the Balmoral Branch of the VFF, Balmoral Pastoral Agricultural Show Society and Coopworth Genetics Australia.  He also sits on the BestwoolBestlamb Advisory Committee and has been an implementation committee member for Land and Biodiversity for the Glenelg Hopkins Catchment Management Authority.

In 1999 Tim was recognised as a Young Rural Ambassador for Victoria and has participated in a number of rural leadership programs during his farming career in Canberra and at Marcus Oldham College. 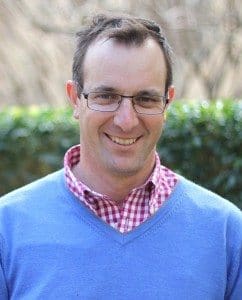 Angus is a sixth generation primary producer and owner and manager of Bukalong in the Monaro region of South East NSW.   Here he runs a self-replacing Merino flock as well as a self-replacing Angus herd to supply weaners for the grass and grain finishing market.  He also grows a range of forage crops, predominantly lucerne and winter cereals.

Angus has considerable technical, practical and strategic planning experience spanning more than 25 years in the red meat and livestock industries.  This includes managerial and livestock experience on properties throughout Australia and New Zealand and as a trainee manager with Australian Country Choice (primary supplier of beef and veal products to Coles Supermarkets).

Angus has also held a range of corporate positions in the livestock industry, including Chief Executive Officer of the Red Meat Advisory Council, Director of Monaro farming systems, Director of XF Enterprises (a multinational provider of ruminant nutrition products and consultative services), and Policy Officer with Cattle Council of Australia.

Angus holds a Bachelor of Rural Science from the University of New England, has completed the Australian Institute of Company Directors course and has worked as a qualified MSA Grading Officer and AusMeat Chiller Assessor. 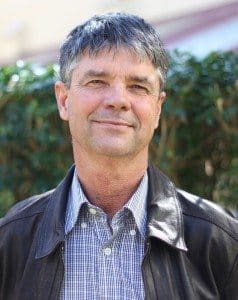 Allan is a primary producer from the Murray Mallee where he produces prime lambs and rams for the prime lamb industry as well as some grain.  He has been actively involved in the South Australian red meat industry for 35 years and has an excellent grasp of the issues confronting the cattle, sheep and goat industries as well as a strong contact base across the sector.

In 2013 and 2014 Allan chaired the LambEx Conference organising committee one of the nation’s leading livestock events focusing on innovation and technology to improve supply chain efficiencies.