How social media influencers are putting beauty in beef 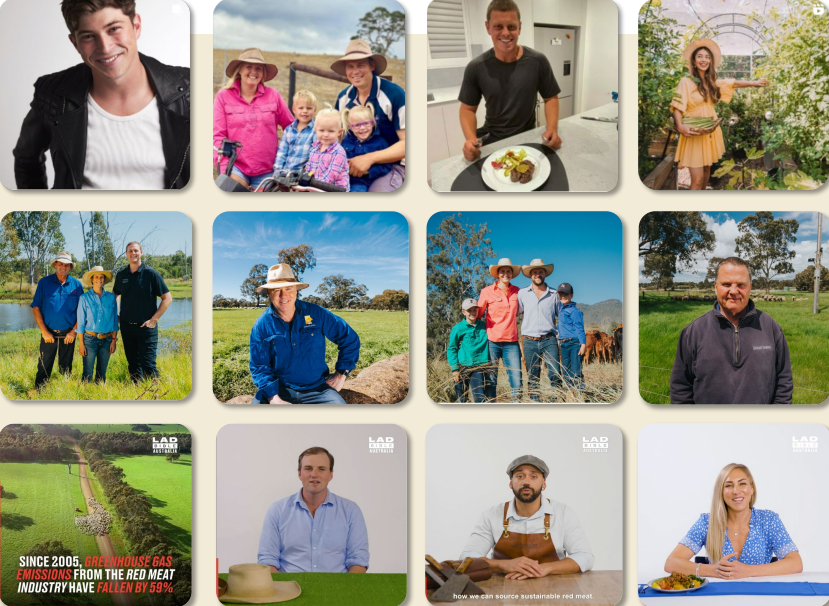 WHEN it comes to telling stories and promoting the “health and wellness” benefits of certain products, social media has become an extremely captive audience.

Whether it is the beautiful bodies of Instagram, the Tik Tok tutorial or the photo dump on Facebook – there are plenty of opportunities to draw a link between products and their benefits.

The meat industry’s peak marketing organisation, Meat & Livestock Australia, has seen opportunities with social media and has been sponsoring “influencers” to help endorse and talk about the benefits of meat. Influencers usually have a large following on certain social media websites and often make money for endorsing products.

MLA’s Samantha Jamieson gave the BeefEx conference in Brisbane last week an insight into the organisation’s social influencer program and how it was strategically picking influencers to show the health benefits of meat.

“Research has showed that if we can increase knowledge, people will feel better about the industry and will trust the industry more,” Ms Jamieson said.

“The main goal for us is to reduce the number of people who are decreasing their red meat consumption.”

The consumer research MLA has conducted came up three main archetypes of people:

“They are usually younger, have concerns about the environment and animal welfare, active on social media and want information in bite sized chunks,” she said.

“Since May last year, we have partnered with 37 different influencers and they have a combined following of about 8 million people. The main role these influencers play, is bringing credibility among their audiences.”

The organisation has come up with a series of ‘red meat, green facts’ which they use to push initiatives like the carbon neutral by 2030 target.

One of the best exponents of social media in the marketing of meat has been the low and slow barbeque movement. 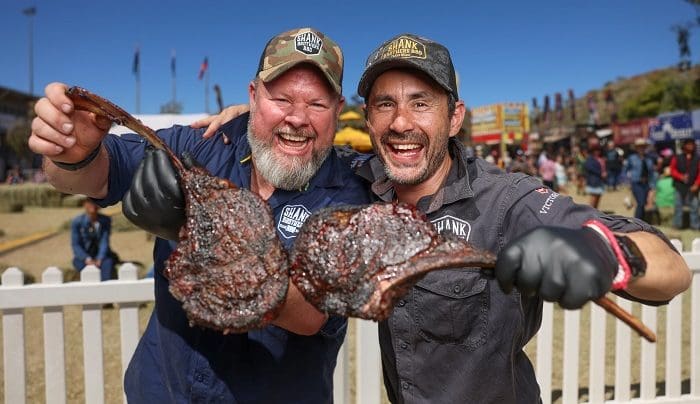 Kris Swers aka “the badger” and Ralph Barnett at the Mount Isa Rodeo where they have been working the crowd for years. Photo: Shank Brothers Facebook

But Ms Jamieson said the health benefits of meat was an area MLA was targeting.

“It’s all about the influencer, their look, their style, and what they comment on that gets the attention of their audience,” she said.

“It’s all about the number of followers they have (of a certain type of audience) and how engaged their audience is in their content. That can often involve showing photos of them showing off their fit bodies to stop the scroll and get the attention of their audience.”

“We have people from Bondi Rescue and other people like health coaches.”

“Give me the language”

One of the newest recruits to the influencer program is television presenter and model Kimberley Busteed.

Ms Busteed and her family have recently become a cattle producer and was keen to promote the industry to people in urban areas.

“It took my family being knee deep in the industry get a real idea of what it takes to get food on the table,” she said.

“I remember talking to some of my friends in the city and thinking there was no real connection between what they are eating and how it was produced.”

Ms Busteed said after hearing the negative messaging about the industry, she was keen to help correct the record.

“I rang MLA because I needed language to be able to address this issue calmly,” she said.