Researchers with specialist expertise in feral animal control from throughout Australia and overseas will gather in Canberra this week for a forum focussing on the Invasive Animals Cooperative Research Centre’s (IACRC) 5-year, $72 million collaborative innovation program. 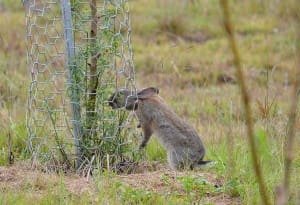 Rabbits, wild dogs, feral pigs, feral cats, foxes and mice are just some of the plethora of pest problems savaging Australia’s agricultural sector and the environment.

New technologies, products and building national capability will be reviewed this week as part of the forum, bringing together more than 120 national and international delegates associated with the Invasive Animals CRC’s innovation program.

“Our environment is also paying a hefty price. Introduced pest animals are the greatest threat to the survival of our native mammals. Native species are in decline and facing an uphill battle to survive from the feral menace.”

States and Territories, major industry bodies, universities and international partners will all be represented in the IACRC gathering, seeing the value in increasing the R&D and national capability of responding to the risk of pest animals. The CRC currently has 37 major research and capability-building projects on the go.

For example, there have been international connections made with the US Department of Agriculture and Texas Parks and Wildlife on the issue of feral pig management.

“The Commonwealth’s CRC program has been integral for a program such as this, to establish those R&D partnerships in international and national markets,” Mr Glanznig said.

“Ground-breaking research is being undertaken that will make a real impact on the ground such as next generation surveillance using cutting-edge DNA-based detection techniques. Plus we have got our finger on the pulse of ‘citizen science’, with apps for monitoring pest species and a community engagement and national facilitators program helping enable landscape-scale collective action,” he said.

As the IACRC approaches the end of its funding extension in 2017, some of the big products to be delivered will include