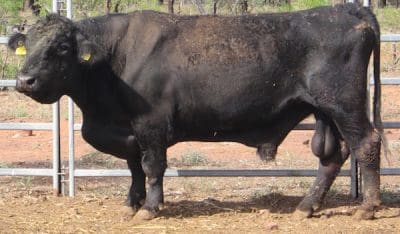 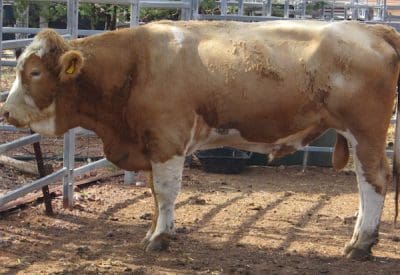 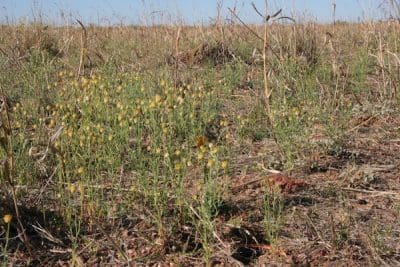 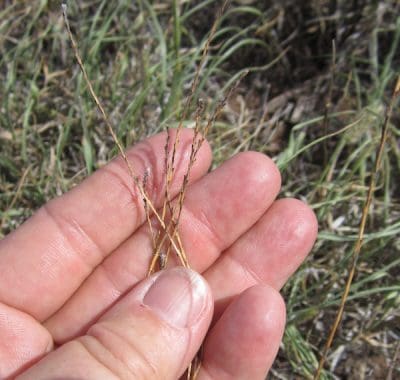 Pimelea toxicity may have killed as many as 100,000 cattle in western Queensland and northern NSW, Roma district stock agent and cattleman Rod Turner estimates.

“You don’t realise how big it is until you get all of these people together and they start to explain their losses,” he told Beef Central.

Pimelea is a native, toxic plant that can be found over one third of Australia’s pastoral area across five states.

In dry seasons when cattle have less access to grass and start grazing on Pimelea it has caused numerous cattle deaths and reduced weight gain in other surviving cattle.

The presence of pimelea renders large areas of pasture too risky for grazing.

Mr Turner said pimelea poisoning is a major problem that is only getting worse.

So bad has the problem become, nearly 40 producers have collectively pledged to spend $400,000 from their own pockets to fund research into a solution.

Mr Turner and AgForce have driven those fund raising efforts, and are hoping to get more producer contributions to push the final pledged amount to over $500,000.

AgForce says MLA has pledged to match whatever funds are raised through the MDC donor company, which in effect should turn $500,000 of producer funding into $1 million in total funding for research.

MLA confirmed to Beef Central that the MDC has given in-principle support to fund the first stage of the Pimelea project on a 50:50 basis, which will match producer dollars invested.

However, an MDC spokesperson said while that commitment has been made, the project is also being considered for funding under MDC Producer Fast Track Innovation program, where applications are still being reviewed given the strong level of interest from producers – with almost 90 applications received.

Why is it that some cattle die from pimelea poisoning and others don’t? What protects those that don’t die? Why are kangaroos, camels and goats, for example, not affected?

The funding raised will focus initially on developing a probiotic microbe that can degrade the toxin in the rumen before it affects the small intestine. It is envisaged it would be delivered in the form of a drench.

AgForce says it is pursuing options to continue to fund the Pimelea research beyond 2017.

Rod Turner is hopeful producer contributions of $500,000 can be received.

So far individual producers have donated anywhere from $1000 or more, while some have donated a beast from a mob sold through Roma. Landmark is also donating its commission from any animal offered through the Roma Saleyards pledged to the pimelea fund-raising efforts.

Mr Turner said pimelea is still green and growing south of Roma which is pointing to more cattle losses in the months ahead.

“It is a horrible death for the cattle and the stress on people is unbelievable.
Your heart sinks into your stomach,” he said.

“It has caused a lot of depression among people in the bush.

“One time in their life they have had a great opportunity to capitalise on the market and they end up with dead cattle.”

Anyone seeking to make a donation can do through AgForce or Landmark branches in Roma.

More facts on Pimelea from MLA:

• Pimelea poisoning affects cattle, sheep and horses, however it is potentially fatal for cattle.
• It is most common in south-west Queensland, north-west New South Wales and northern South Australia. It is also known as St. George disease, Marree disease, ‘big-head’ and flaxweed poisoning.
• Pimelea poisoning is caused by ingestion of toxic varieties of the plant pimelea (native rice-flower, flaxweed, poverty week) and in some cases inhalation of plant dust can also cause poisoning.
Conditions when pimelea poisoning in cattle is likely to occur:
• Light red, sandy, less fertile soils, particularly in overgrazed pastures and old cultivation paddocks.
• Pastures with obvious bare areas without vigorous perennial grass.
• Between August and January.
• In years when a relatively dry summer is followed by early light winter rain and a dry spring.
• Bulls and breeding cows.
Identifying and diagnosing pimelea poisoning:
• Pimelea poisoning can be either acute or chronic.
• Acute poisoning is caused by consumption of green plants, resulting in severe, life-threatening diarrhoea. Cattle, sheep and horses can be affected.
• Chronic poisoning occurs in cattle. It is cause by on-going consumption or inhalation of dry plant material.
Clinical signs that would lead a producer to suspect pimelea poisoning include the following:
• Chronic diarrhoea.
• Loss of condition, poor appetite.
• Rough coat.
• Depression.
• Prominent jugular veins in the neck, oedema (soft swelling) of the head, brisket and abdomen.
• Increased respiration rate.
• Heart rate can be heard from a distance.
• Reluctance to move.
• Sudden death, commonly during exertion.
Prevention strategies for pimelea poisoning:
• Prevention and control of pimelea poisoning requires careful monitoring of cattle during high risk seasons and grazing management strategies to minimise contact between susceptible stock and pimelea plants.
• Despite extensive research, there is no effective vaccine or antidote for pimelea poisoning.