Get a handle on Pestivirus, urges LBN

PESTIVIRUS is one of the most important production diseases in the Australian cattle herd, but it can be easily diagnosed and the risk of introduction into the herd can be reduced using some simple biosecurity steps. 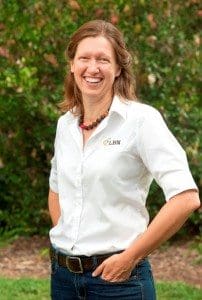 There is no ‘one size fits all’ approach for managing Pestivirus, the Livestock Biosecurity Network’s Emma Rooke says, but given that up to 90 percent of  Australian herds have the virus or have had it in the past,  just about every herd would benefit from a systematic strategy to manage it.

Pestivirus (also known as BVD, BVDV or mucosal disease) is primarily a reproductive disease but also affects the immune system, leaving animals more susceptible to other diseases for the rest of their lives. The costs of the disease are estimated at between $15-100 per breeder per year.

It can be insidious and often goes undetected due to its subtle clinical signs like poor reproductive performance, ill thrift, and poor doers.

In pasture-based grazing systems, Pesitivirus causes a mild transient infection from which cattle recover. However, if females are infected during pregnancy, BVD can cause abortion, still birth, birth deformities or calves that remain persistently infected for their entire life.

These persistently infected (PI) animals are the main source of infection to the rest of the herd. They are virus factories that excrete huge amounts of virus for their whole life, and are a constant source of infection to other cattle.  PIs are often, but not always, sickly animals that tend to die before two years of age.

On a positive note, Pestivirus can be managed to reduce its impact on breeding herds, and some simple steps can reduce the risk of the virus from entering your herd in the first place.

A good place to start is to find out the BVDV status of the herd or breeders. Producers are encouraged to talk to their vet about testing the immune status of their most vulnerable females – heifers – well before joining, so decisions can be made about how to manage them during pregnancy. It’s only necessary to blood-test 10pc (minimum 6 animals) from each group as long as all animals have been running together for more than two months and are at least eight months old.

Control methods for Pestivirus include identifying and removing PIs, using a vaccine, using PIs to ‘auto-vaccinate’ others or doing nothing (while understanding the associated risk). The cost-benefit of introducing a control program will vary depending on each enterprise. Cattle vets can help tailor a program to suit each enterprise.

To prevent introduction of the virus to their herd, producers should use some basic biosecurity practices, LBN’s Emma Rooke suggests.

“Use a cattle health statement when buying cattle,” she suggests. “Prevent introduction of PI animals, including bulls, by identifying them with a simple and inexpensive ear notch or hair test before they are introduced to the property (again, speak to your vet about how you can do this), and isolate new stock for at least 28 days before introducing to the resident herd,” she said.

Preventing cattle from having nose-to-nose contact with neighbouring cattle is also recommended.

“It’s a good idea to keep records and monitor herd health to detect subtle changes that might indicate that Pestivirus has entered your herd,” Ms Rooke said.

“Investigate poor reproduction performance, ill-thrift or increased incidence of other diseases (such as scours or respiratory disease) which may be signs of Pestivirus. If groups are managed separately then some groups may be affected and some not,” she said.

“The more productive the enterprise, the bigger the impact Pestivirus will have. So, talk to your vet and get some advice on the best approach to managing the risk of Pestivirus in your herd.”