The framework for sustainable beef production in Australia is gradually taking shape and should be in place by March next year, steering group chair Prue Bondfield told a forum in Brisbane this week.

The steering group was appointed to develop a sustainability framework for the Australian beef industry in February. 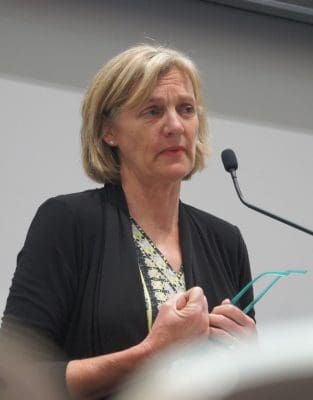 The committee contains a wealth of industry experience and know-how, with members selected by the Red Meat Advisory Council for their industry skills and expertise, and not for their affiliation to any particular organisation (see list of committee members below this article).

The committee has met with 30 industry bodies so far and will meet with a further 10 before the end of August.

It will then enter an external consultation process before developing a draft plan to be circulated later this year.

The final framework should be in place by March 2017.

Five months into the task Prue Bondfield said it was only now becoming clear how the plan is likely to take shape.

“We are now all starting to feel what it is going to look like, it is different to what I thought it was, but I think it is really going to be a wonderful thing for industry.”

“It is neither of those things,” she said.

“A lot of industry organisations we have spoken to about this process initially viewed it as a document that the industry could hold up and say this is a wonderful way to show off our credentials, and others have said here is a book of regulations that regulate our industry in a whole lot of different areas.

“It is neither of those things, it is really about stating what our credentials are and having continuous improvement and showing progress against those credentials.”

Nor does the term “clean and green” apply, Mrs Bondfield said, describing the term as out of date and no longer relevant.

“’Clean and green’ has disappeared, it is gone, that was another generation, this is a new generation and this is sustainable beef production.”

This is captured in the group’s stated vision for: “A thriving Australian beef industry that continually improves the wellbeing of people, animals and environment.”

“When we added the word thriving it all came together for us,” Mrs Bondfield explained.

“That captured for us the profitability and economics of this.

“That was so important, in fact I said I wouldn’t take on the role unless there was a real priority on that economic factor, and that is the way it has been seen by RMAC as well.”

So what is the Australian beef industry’s definition of sustainability?

The steering group has developed the following draft definition:

“Sustainability is the production of beef in a manner that is socially, environmentally and economically responsible through the care of natural resources, people and the community, the health and welfare of animals and the drive for continuous improvement.”

Four themes that came from the Meat Industry Strategic Plan – Cattle, Cash, Country, Community – will also form the four pillars of the framework, under which specific issues, and indicators to measure the industry’s progress on each, will flow.

A key task for the steering group is to determine which indicators to incorporate.

The US cattle industry identified 140 possible indicators before distilling that number down to six.

“That is our challenge, to find the indicators to build into our framework that are actually going to be relevant and credible, that have substance and can be measured and there is transparency involved.

“So we will have a priority list we are starting to go through now that we know are top of mind for our stakeholders, and they might come down to about 12 under our major themes.”

In response to an audience question along similar lines on Wednesday, Mrs Bondfield explained that the consumer preferences were changing and the Australian beef industry could not afford to get left behind.

To a certain extent consumer preferences were being shaped not just by consumers themselves but by retailers trying to secure a competitive advantage by marketing their product as humanely produced.

But ultimately it was clear that the world was becoming more “sustainability-centric” and consumers, young and old, wanted to feel good about the food they ate.

“There is a real thread involved now and it comes from accounting firms who turn off lights and don’t run their air conditioner as hard as they used to.

“Corporate responsibility now is just part of life in the corporate world.

“Those people who are working in that environment, it then reflects on the food they eat as well.

“The whole world has become sustainability-centric, and we can’t afford to be left behind in that.”

The beef industry is also set to draw on an idea the dairy industry has successfully employed to ensure it stays in touch with changing sustainability issues going forward.

Specific issues of concern to stakeholders can change regularly, as a recent report alluded to by Mrs Bondfield on Wednesday showed. She said the report, which gauges consumer perceptions and has not yet been released publicly, has identified that animal welfare during transport has suddenly emerged as one of the most important issues of community concern.

The dairy industry went through a similar sustainability framework process a few years ago and now has a consultative committee which meets to discuss changing sustainability issues on a regular basis.

“I have attended one of their forums and it is fantastic because they have got all of the stakeholders in the room, and they are getting updates from banks and NGOs (non-government organisations) and retailers on what is happening, what is changing, and the issues that are arising and the issues that are not so important any more.

“We think this consultative committee going forward will be a very important part of this process.”

Information on the Beef Industry Sustainability Steering Group from RMAC: