Could an exotic disease outbreak happen in northern Australia? 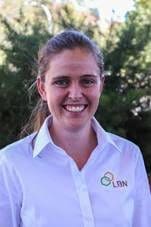 Whilst working with producers on their biosecurity plans over the last six months, a common conversation I had with people was about the risk of disease incursion in northern Australia. Many producers I spoke with didn’t feel that the risk of introduction of disease in the north was as significant as in the south.

If you apply the specific risks of the south (for example, higher stocking rates, increased population, greater volume of livestock movements) to the north, it may seem that we don’t have the same level of risk, but this is simply not true – the risks are just different – so it is important to understand biosecurity specific to a northern Australian context.

Whilst it is easy to feel that many parts of northern Australia are isolated from biosecurity threats, the opposite is actually the case. Northern Australia has its own key biosecurity challenges and risks. In this article I will briefly discuss some of these – you might even be surprised by a few!

Most parts of northern Australia are much closer to our neighbouring countries, such as Papua New Guinea, Timor-Leste and Indonesia, than the southern states of Australia. This proximity poses a risk of incursion of pests and diseases into the north by currents and tides, wind dispersion (particularly during the storms in wet season) and international vessels (including illegal fishing vessels).

Did you know that birds migrate from overseas to Australia? This is a common occurrence in large tracts of northern Australia and unfortunately these animals refuse to abide by Australia’s strict biosecurity entry procedures!  Migratory birds can carry exotic pests and diseases from overseas that could potentially establish here in Australia.

Even though the quantity of livestock movements in northern Australia may not compare to the large numbers of movements seen in the southern parts of the country, livestock in this region regularly travel across much larger distances. If a disease incursion were to occur in northern Australia, this could cause it to spread across a wider area much more quickly.

Proximity to vet and lab services

Similarly to the livestock movements, the distances to facilities in northern Australia can delay time to detection of a disease incursion. Veterinary and lab services can be many hours from properties, making collecting and testing viable laboratory samples more challenging than in the southern half of the country.

Extensive grazing is actually northern Australia’s greatest strength, as it lowers contact between livestock, so you might be surprised to see it on this list. However, the challenge that extensive grazing systems also face is the ability to closely monitor stock for signs of unusual disease. This can result in a delay in detection, allowing time for disease transmission to occur.

Did you know that foot and mouth disease is known to be able to spread by distances up to 250km via wind? In fact, there are many ways for diseases to be transmitted and nose to nose contact is only one of them. For more information, see Rachael O’Brien’s Biosecurity 101: Disease Transmission on the LBN website.

Northern Australia has a number of international air and sea ports. This is probably the most well-known entry pathway for potential introduction of exotic pests and diseases and is much more of a threat nationally than the others described above. The international movement of people and goods is increasing, and so too are the items captured at borders that could be harmful to Australian agriculture.

Lastly, northern Australia is located mostly in the tropics. This creates an increased risk from a larger array of pests that can act as vectors for transmission of tropical diseases – particularly during this time of year when numbers increase in wet weather. Insects such as culicoides for example, are found in most parts of northern Australia and can spread diseases such as bluetongue virus. Screw worm fly is another example of an exotic pest that could establish in northern Australia.

So what is done to minimise these risks? A lot of work has been done, and is continually being done to manage biosecurity risks specific to northern Australia. It is important though that everyone plays their part in biosecurity – these risks cannot be appropriately managed by just one organisation.

The Australian Government does a wonderful job at protecting our borders and they also have a team specifically working on addressing some of the risks unique to northern Australia. But not all risks can be caught at borders or before entry, so it is important that industry and producers also have strong biosecurity systems in place in the event of something coming into the country. This is where producers’ biosecurity planning becomes important.

If you have not yet completed your biosecurity plan or would like more information about the biosecurity risks in northern Australia and how you may be able strengthen biosecurity on your property, please don’t hesitate to get in touch with me.