COTTON seed may be a by-product of the expanding northern cotton industry but it could create even more economic value than the fibre itself, some of the region’s most experienced agricultural stakeholders believe. 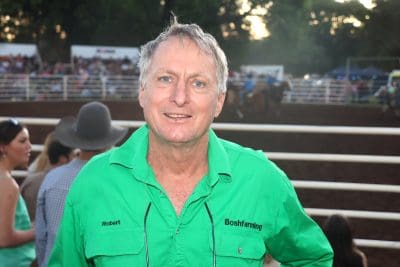 Among them is Rob Boshammer, one of the Ord River Irrigation Area’s longest established and most successful farmers.

“We have done the sums on the cotton and cotton seed and we believe the cotton seed will add more value to the northern economy through weight gain in cattle than cotton fibre itself will,” he told Beef Central on a recent visit to Kununurra.

“We believe 100,000 bales of cotton could create $60 or $70 million in value from cotton, but potentially $120 million in added value to the beef industry through feeding cotton seed.”

A home-grown supply of northern cotton seed may also be the catalyst to enable long-held plans for more cattle lot feeding in the region to come to fruition.

With the combination of cattle, corn and now cottonseed, he believes feed yards make sense for a range of reasons, from economic and environmental to social and animal-welfare.

A series of small feed yards would provide a useful herd management tool by allowing more cattle to be moved off stations in the later and hotter stages of each dry season when feed quality and quantity deteriorates, simultaneously allowing more country to be spelled in the lead up to wet season rains.

More local feed yards would also give exporters greater opportunities to stockpile cattle over time, shoring up reliability of supply for customers. Mr Boshammer believes there is a genuine opportunity to make use of overland flow from rainfall, stored during the wet season, to grow crops such as corn and silage sorghum close to each feed yard, supplemented by locally grown cotton seed.

Another producer commented to Beef Central that the increasing production of northern cotton seed, and what that might mean for the supply of heavier cattle in the region, could perhaps also lead to the re-opening AA Co abattoir south of Darwin in time.

“If we’re going to have an abattoir in the north it has to be based on feed yards,” Mr Boshammer told Beef Central.

He believes the concept could provide an important and sustainable economic opportunity for local aboriginal communities who own the land and for good farmers looking for an opportunity to get ahead.

He is in the process of working with others in the region with the view to developing a model feed yard to put the concept to the test.

“What we need is a demonstration feed yard to prove this is going to work,” he said.