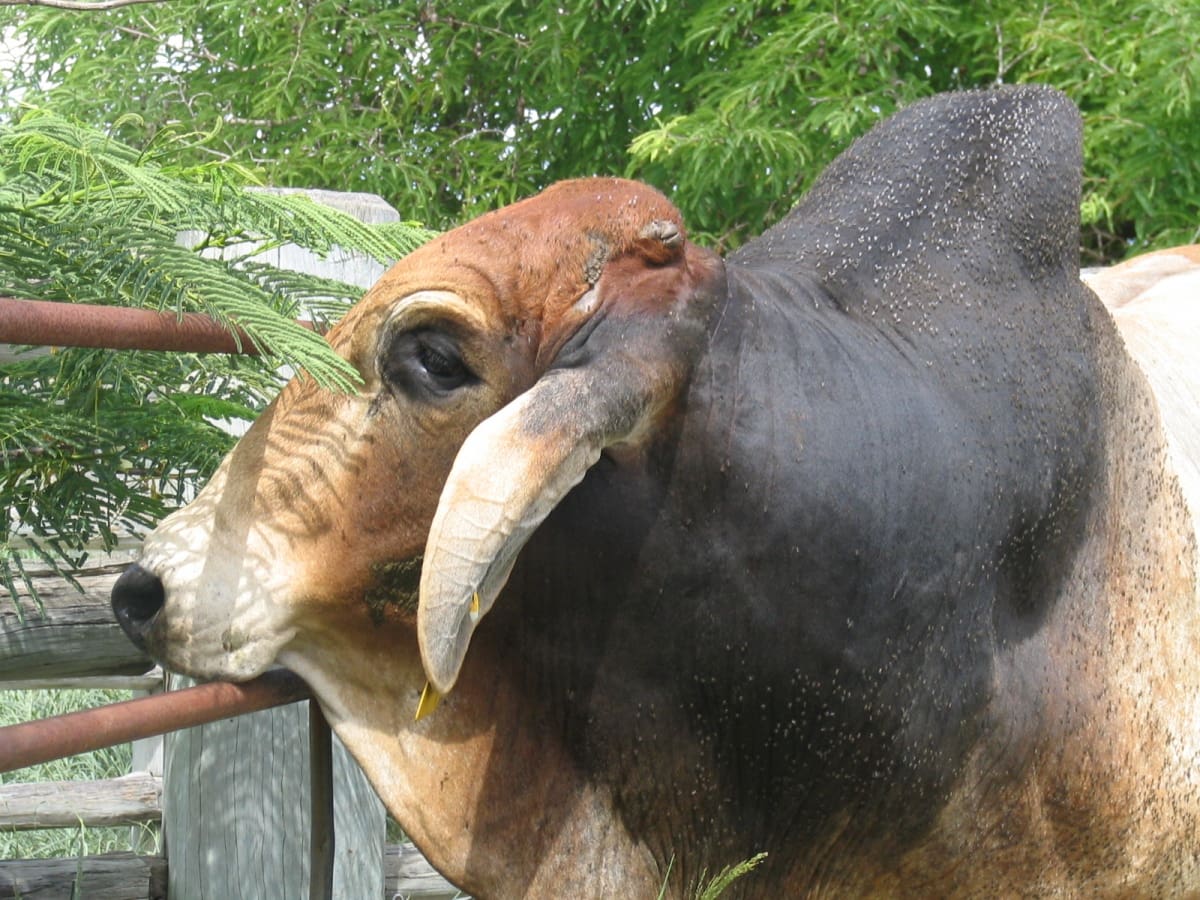 WORMS, ticks and buffalo flies have all been the beneficiaries of repeated wet years across the east coast – prompting many to ramp up their treatment programs.

Buffalo fly have already been sighted well south of Queensland border and worms have been creating issues all winter on the back of relentless rain.

But concerns have been raised about the parasites becoming resistant to certain treatments, with some vets urging producers to re-think their programs.

A recent report by Meat & Livestock and University of Melbourne ranked buffalo fly and ticks some of the biggest costs to the livestock industry, both costing the industry about $100 million a year.

New South Wales North Coast Local Land Services district vet Ian Poe said worm burdens have been some of the worst he has ever seen.

“That is a combination of an ideal season for worms with plenty of moister and cattle that were a bit nutritionally challenged after the floods. We still are seeing issues with worms in young cattle.”

Dr Poe said resistance to treatment was becoming an issue on the north coast of NSW.

“We are seeing some issues with resistance to some of the ‘Mectin’ drenches and that is just a symptom of their use. When products are used more you are exposing those parasites to the chemicals more” he said.

“There is a sliding scale at play with the level of effect, a product might kill 99 percent of the worms which is quite effective, 90pc is which still moderately effective or 50pc which not very effective at all. That has been amplified by the high worm burdens this year.

“We have been encouraging producers to discuss parasite management programs with their vet or advisor to consider moving away the single-active drenches, either going to one of the older products or using the dual-active or triple-active products available.”

Dr Poe said he had already noticed small numbers of buffalo fly as far south as Kempsey on the coast NSW – which he said were likely to keep marching south later this year.

“We are seeing some resistance to some of the synthetic pyrethroids and that is also based on previous exposure to certain products,” he said. 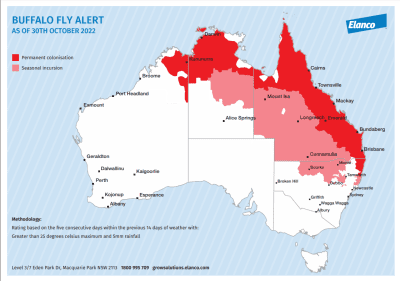 One of the country’s biggest providers of buffalo fly treatments, Elanco Animal Health, had similar advice to Dr Poe. The company puts out a buffalo fly alert map and is predicting a big year for the parasites.

“It’s recommended that chemical actives are rotated within a season and from season-to-season. This is an important consideration when planning your insecticidal treatments this season” she said.

Ms Krilich said the active used in a short acting treatment applied at the start of the season should be different to that used in the ear tag.

“For instance, if a macrocyclic lactone (ML) drench has been used at the start of the buffalo fly season to control both internal parasites and buffalo flies, a synthetic pyrethroid (SP) ear tag such as Cylence™ Ultra or organophosphate (OP) ear tag such as Patriot™ or Co-Ral™ Plus should be used during the peak fly season. The following year, the ear tag active should be rotated.”

Now is the time for treating ticks 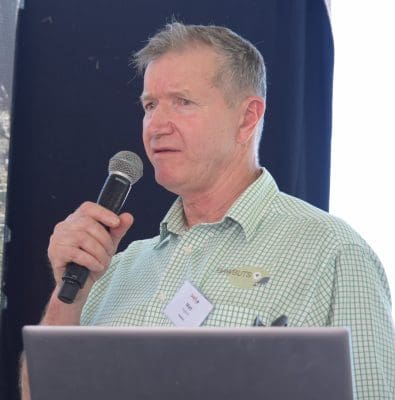 “When a female tick gets pregnant it will lay about 3,000 eggs, which means if you kill a tick now it could prevent 3,000 other ticks infecting your cattle,” Dr Playford said.

“At this time of year, you might have one wave of ticks when the cold weather finishes. So getting in now and treating ticks ahead of a secondary wave is a good investment. The best time to do it is a day after grand finals.”

Dr Playford said rotating chemicals was the most important aspect of managing buffalo fly and ticks. He said it was important the industry took managing insects and external parasites seriously.

“We have a lot of biting insects in central Qld that are already spreading diseases like three-day-sickness and we have to prepare for them,” he said.

“We also have some bad diseases on the horizon, particularly Lumpy Skin Disease, which is currently in Indonesia.”