A YEAR or two ago, with large parts of Eastern Australia in drought, cattle prices under severe stress due to oversupply, and lenders circling beleaguered producers in some areas, many young people were finding it hard to envisage a worthwhile career in the beef industry.

But with the Eastern Young Cattle Indicator today poised to crash through 600c/kg and a sense of excitement and anticipation ahead for the prospects of the red meat supply chain, young people are again rediscovering their passion for a working career in the beef sector.

Beef Central has had the good fortune to engage with a bunch of young stakeholders at a number of recent industry gatherings, and unearthed an infectious and unbridled enthusiasm for beef’s future prospects among youngsters either about to start their career, or still just getting started.

One of those occasions was the recent Brisbane gathering of 21 young men and women involved in the 2015 Intercollegiate Meat Judging process. The positive vibe in the room at that event was almost palpable, and the common theme in feedback we received was that it’s as good a time as there’s ever been to be getting a start in the beef industry.

Here’s a collection of views from six young folk we’ve spoken to over the past couple of weeks: 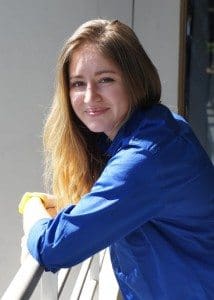 Having had a chance to look at diverse agricultural streams during her course work at Marcus Oldham, Laura has already made her decision that beef is where she wants to devote her career.

Coming off a beef property in Western Australia has meant Laura was perhaps always pre-destined to find a career in red meat sector, but she said the current positive mood within the industry had kindled interest among many of her college cohort – students who could have gone in any number of directions.

“It’s not only students getting excited about working in beef, but the pull-through is coming from industry as well,” she said.

“Beef is now seen as an expanding and diversifying industry, with an unbelievably strong future.”

“Young people increasingly want to be a part of it. In my classes, and throughout the College, beef is a really common aspirational choice for future employment.”

“We talk about it a lot in class and lectures,” she said. 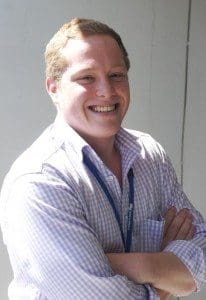 Travis is a classic example of a future beef industry stakeholder who comes from a ‘non-rural’ background.

He grew up overseas, with his parents working in various Asian postings, before boarding at Brisbane’s Nudgee College. It was through friendships with fellow Nudgee boarders, including visits to their properties around Tambo and Longreach during mid-term holidays, which kindled his interest in agriculture, and beef specifically.

“I thoroughly enjoyed my time in the bush, and it wasn’t long before I started thinking of beef as a career path,” Travis said.

His agribusiness studies are taking him more into the business management and marketing side of agriculture than applied animal production, and it is in this space that he hopes to pursue his career. His international experience, including Bahasa language skills, means that joining a beef trading desk for an export meat processor is an appealing thought at this stage of his studies.

“There’s no doubt that the big boom in prices and the new enthusiasm in the beef industry are making it much more attractive to students,” Travis said.

“They realise that agriculture, and beef in particular, will play an important part in the future Australian economy, and there will be a wide range of interesting jobs available to achieve it.”

“A lot of students in the first year of my course are not from traditional bush backgrounds. They’ve chosen agriculture and beef as a career path for other reasons – not just because their parents did it. They could have chosen any subject to study, but they chose agriculture, and many want to work in beef,” he said.

Travis said he had found the Intercollegiate Meat Judging activity in which he participated this year to be a “fantastic learning experience.”

“I’ve thoroughly enjoyed learning more about the industry, and in particular the processing side through the competition. It’s allowed us to network with industry leaders, and we’ve learned a lot about how different meat and livestock businesses are run,” he said. 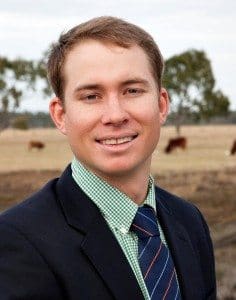 Since joining Herron Todd White as a rural valuer in Rockhampton in 2011, Michael Chaplain has noticed a big increase in confidence in the beef industry.

“The first three or four years I was in this role, pretty much all we saw was just decline,” he said.

“But for those that have got a few cattle on hand, there’s probably light at the end of the tunnel that wasn’t there 12 or 18 months ago. It’s really surprised me how quick it’s turned around, and there is real confidence out there now that did not exist last year. It’s drawing people into the industry to seek employment.” 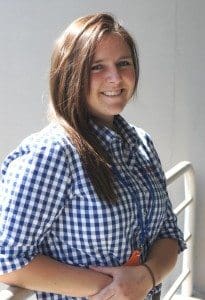 Rachel is another example of a ‘city girl’ who has developed a passion for a career in agriculture, especially beef.

Born and raised in Canberra, she started studies in clinical science with a view of completing dentistry, before taking a semester break and heading north to work on a cattle station for ‘something different.’ Exposure to the industry and way-of-life during her time in the Kimberley changed her career direction entirely.

“I’d already met a lot of the ag students at Orange, and just found it really interesting,” she said. “I knew I had to swap courses, after six months.”

Rachel said she’d seen plenty of evidence of beef becoming a priority choice among her cohort at CSU.

“Some of them have also spent time on northern stations. They quickly realise there are so many different career pathways available now, within the broader beef industry, particularly as supply chains become more sophisticated.

“There’s opportunities opening up. People I’ve spoken to are expanding herds and buying more country, so there are jobs emerging, and it’s increasingly attractive to uni undergraduates.”

Rachel already has her first job lined-up, after completion of her studies in November. She joins stock agency Ray White Rural at the company’s busy Blayney, NSW branch, working initially in logistics and data entry. Longer-term, the management side of lotfeeding appeals.

“Somewhere in the livestock side, rather than post slaughter is where I’d like to end up,” she said. 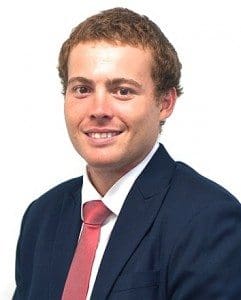 Twenty-three-year-old Lachie Lynch graduated with his Bachelor of Agribusiness from Marcus Oldham College in Geelong last year, and has since become an associate portfolio manager at Laguna Bay Pastoral Co.

Growing up on a cattle station in Northwest Queensland, Lachie said he saw the large institutional investment emerging in agriculture as a sector where he can combine his education and rural upbringing.

“Institutional investors increasingly want to invest in agriculture, however they need help understanding the industry,” he said. “They need agricultural business professionals that have both on-ground experience and technical education.”

Lachie said with the recent increases in beef prices and overseas trade, it is a great time to get into the agricultural industry.

“I think that if you’re a school-leaver right now, whether you are entering tertiary study or the workforce, then beef is a great space to get involved in because it has great potential for growth,” he said. 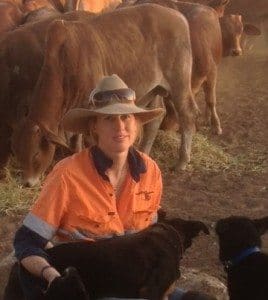 After moving away from the family cattle property in the Northern Territory to work in the mining industry for a period, Bronte James has moved back to Hidden Valley to pursue her career in agriculture.

Bronte said the reason why she always wanted to be a part of the industry is because she likes the lifestyle it brings.

“There’s no better feeling than driving around before Christmas and seeing that any calves still left have been branded and all your weaners have been pulled off,” she said.

One of the biggest issues she sees in the industry is the ageing workforce.

“I can see a lot of knowledge leaving our industry very quickly, so I think we have to get young people re-engaged with the beef sector,” she said.

“You can’t get that knowledge back once it’s buried.”