LARGE parts of the country are in for a long buffalo fly season, with the pests already being spotted southern and northern parts of Australia.

Beef Central understands there has been a large amount of enquiry for treatments across the country, especially Central Queensland which has some permanent and seasonal colonisations.

NSW Local Land Services animal biosecurity team leader Dr Ian Poe said a mild winter in the northern half of the state was the most likely cause of the early start to the season. 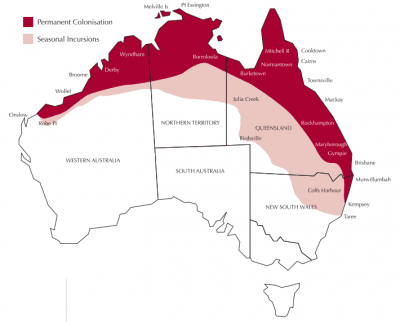 “So far, we have had reports from as far south as Macksville, which is quite early in the season and indicates a longer than average season.”

“For a number of years, Kempsey was considered to be the southern limit for buffalo fly,” he said.

“But we have seen them adapting to the climate and we quite often see them south of Kempsey – depending on the seasonal conditions.”

Dr Poe said resistance to buffalo fly controls was an issue and advised producers to seek advice about treatments – recommending the FlyBoss website. (Linked at the bottom of the page)

The early start to the buffalo fly season has coincided with widespread shipping problems across the world, which has made it hard to source products and increased the costs. 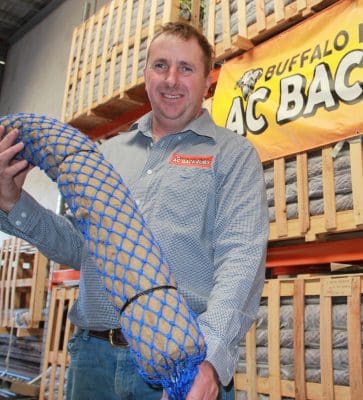 Ciaran Gentry from AC Backrubs, in Toowoomba, said demand for his product was its highest since he took over the company seven-years-ago.

“We have never had this much enquiry this early in the year,” Mr Gentry said.

“Over those years we have done a fair bit of promotional work, but I think there is a lot of demand because the fly has come on early.”

With shipping prices rising considerably, Mr Gentry said importing products was a hard cost for the business to bare.

“When we translate that to end product, that adds about $10 to each rub, just on the shipping cost.”

Despite the dramatic increase in shipping cost, Mr Gentry said the timefrme had sped up.

“Last year, we stopped selling them because the only product we could find was an inferior product wouldn’t last very long,” he said.

“But these last two containers we imported were on the boat the week after we ordered them – even though it almost broke us.”

All time high demand for treatment

Elanco Animal Health had noticed the same trend as AC Backrubs, with a lot of enquiries from across the country early in the year. The company is also planning to release weekly buffalo updates because of the increase in demand over the years.

Cattle brand manager Kim Krilich said the company had been supplying a lot of short-term “pour-on” treatments recently because of the early start to the buffalo fly season.

“We generally recommend using those more short-term controls in the ‘shoulder season’ where you have increasing numbers of buffalo fly,” she said.

“But we are approaching the peak season where we recommend the ear-tags, which have quickly become our most popular buffalo fly treatment.”

Ms Krilich said shipping concerns had also been an issue for Elanco, which have increased costs.

“Some of our pour-on products are locally produced and that gives us a bit of agility to be able to meet the market need,” she said.

“But we have been looking to procure stock early this year to make sure we have enough ear tags to support a good fly season.

“Expediting some of those orders has increased the costs.”

For more information on buffalo fly head to: http://www.flyboss.com.au/cattle/