BLOAT control measures containing the rumen modifier monensin may have ruled some grassfed beef producers out of high-value branded beef programs this spring.

Good rain has promoted strong growth of clover and medics across much of south-eastern Australia ahead of grass growth, resulting in some of the highest levels of bloat reported for years. 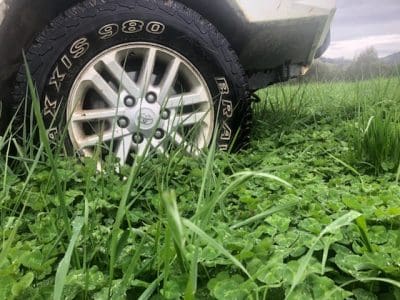 But any producers who have used bloat treatment products which contain the compound monensin may now have cattle which no longer fit many of the high-end certified grassfed natural brand programs where antibiotic use is banned.

Some bloat blocks and licks contain monensin, an ionophore which is not an S4 chemical but can be classified as an antibiotic. Several farm supply companies are promoting the use of bloat control products containing monensin, arguing its chemical class as an ionophore means it is technically not an antibiotic.

But one major processor said whether monensin was an ionophore or an S4 antibiotic did not matter – it was “still an antibiotic in the eyes of consumers.”

The HW Greenham ‘Never Ever’ Program prohibits the use of all antibiotics and ionophores so those producers who supply this program may have deemed themselves ineligible if they have used bloat measures containing monensin.

Greenham group livestock manager Graeme Pretty said most grassfed programs he knew of did not allow the use of any antibiotics.

“Our Never Ever program does not discourage the use of antibiotics to treat lame or sick animals, but those animals are then given another tag, so we still take them but they go into another program,” Mr Pretty said.

“Our producers must sign a statutory declaration on what their cattle have been treated with – our program is for cattle that have no antibiotics, HGPs or GM.

Southern beef producers have been faced with their biggest bloat challenge in years this spring, with clover dominant pastures continuing to grow with regular rain.

The Hunter Local Land Services has seen deaths from bloat in cattle in the district and reports of several more.

The risk of bloat will probably continue for the next few weeks depending on rainfall and temperature.

“Remember bloat can occur on other feeds as well – I have seen it on straight rye grass and oats as well as clover,” Dr Bennett said.

“It’s important to have a good drive through your paddocks and assess the amount of clover present and treat accordingly.

“The risk can be minimised by making sure 5 in 1 vaccinations are up to date, using bloat oil on trough water, using bloat blocks if on dam/creek water, supplementing with a roughage source and keeping cattle off feed for the minimum amount of time possible so hungry cattle don’t go out and gorge on clover.”

Further south, some of the areas hardest hit by fires last summer are now facing huge challenges with bloat, especially in the renowned bullock fattening region of the Upper Murray.

Costello Rural is a stock and station agency in Corryong, Vic, and principal Justin Costello said he had heard of “lots of losses”.

“It’s very frustrating that there are no longer bloat capsules on the market, but even if they were available, grassfed beef producers would not be able to use them as many programs won’t allow them to use antibiotics,” Mr Costello said.

At the moment, he cannot keep up to demand for bloat blocks as producers scramble to try to stop losses.

“We had a load of bloat blocks arrive last Saturday and they were sold the same day and we have a waiting list for them when the next truck comes in,” Mr Costello said.

“Some producers are already on their second pallet of bloat blocks and at $97/block, it’s not cheap but they don’t want to be losing three bullocks a day.

“Right now, we have too much feed and not enough stock eat it, and the clover is getting away.

“We have had too many losses this year and it’s something we didn’t need.”