Biosecurity update: Responsibility shared by all in vigilance over BSE

I recently had the following text message exchange, beginning with an inquiry about a pet sheep and her burning desire to dine with the dog: 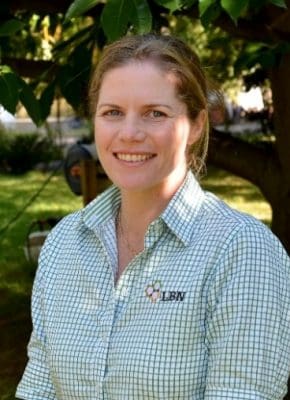 As the message had come through on my laptop, the poor person was then inundated with information from me about  Australia’s Ruminant Feed Ban, until the final message read:

BSE came to the forefront in the mid-1980s when it was first diagnosed in United Kingdom. Cows exhibited symptoms such as gait abnormalities, behavioural changes (including aggression, nervousness, and frenzy), and hyper responsiveness to stimuli. The disease is progressive, and fatal.

BSE is caused by prions, notoriously tough, infectious proteins. They are resistant to most disinfectants, heat, ultraviolet radiation, and many other forms of disinfection.

From a food safety perspective, there are rare instances where people can develop variant Creutzfeldt-Jakob disease (vCJD), a human form of a TSE. These cases have been linked to exposure to BSE-affected beef. The condition is fatal. It is important to note that vCJD is different from sporadic CJD. Sporadic CJD is just that, sporadic, and its cause is unknown. Most cases of sporadic CJD are diagnosed in patients with an average age of 65.

The total number of human cases of vCJD diagnosed worldwide is less than 230. The peak of the number of cases diagnosed was in 2000, when 28 cases were diagnosed in the United Kingdom.

In 1996, a voluntary ban on feeding ruminant material to ruminants was adopted in Australia. This was designed to minimise the risk of a BSE agent being recycled as ruminant feed, should it be introduced into Australia. Over time, laws have progressed to a uniform legislation in all states and territories that prohibit the feeding of restricted animal material (RAM) to ruminants. Prior to 1996, a separate ban on the importation of meat and bone meal (MBM) from all countries other than New Zealand has been in force since 1966. This was initially instigated to reduce the risk of foot and mouth disease entering Australia.

RAM is defined as any material taken from a vertebrate animal, other than tallow, gelatin, milk products, or oils. It does include rendered products such as:

The need for completely avoiding any of these products is necessary due to prions’ ability to survive the cooking and rendering process.

Scrapie was diagnosed in imported sheep on a single property in 1952 and eradicated. Two cases of FSE have been diagnosed over time in imported zoo animals (a cheetah, in 1992, and an Asiatic golden cat, in 2002).

It is important to note that BSE has never been recorded in Australia. By adhering to the ruminant feed ban, we can ensure it stays that way.

As part of your property’s LPA biosecurity plan:

* Names have been changed to protect the guilty