BEEF cattle stakeholders close to the animal genetics field are secretly fist-pumping behind the scenes, following confirmation that world-renowned dairy geneticist Ben Hayes is about to focus his professional attention on the beef sector.

Professor Hayes’s arrival at the Queensland Alliance for Agriculture & Food Innovation has been seen as something of coup for the beef industry, especially in northern Australia. 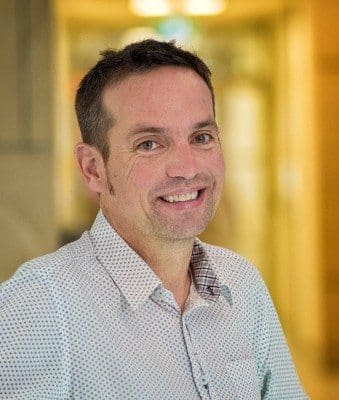 He is perhaps best known in genetic science circles as the co-inventor in 2001 of genomic prediction*, now widely used in livestock and cropping industries to predict future trait outcomes, as well as in human disease research.

For the past ten years he has been heavily engaged in dairy genetics research, as well as working more recently for the Atlantic salmon industry in Norway (see detailed profile below).

Beef Central learned about Prof Ben Hayes’s recent appoint to QAAFI a fortnight ago, and without putting it too mildly, his move has created a ripple of excitement in the field of beef cattle genetics research.

In his new role with QAAFI, he will focus on northern Australian beef production, and how genomic prediction can be used to drive productivity and growth in this $5 billion per year industry sector.

In an interview with Beef Central on Friday, Prof Hayes made no secret of the fact that he sees beef production as an untapped frontier for genetic progress, and this was a fundamental attraction in his decision to relocate.

“For me, the big challenge now is in beef,” Prof Hayes said.

“Dairy genomic selection is now up and running, and working really well. There are now commercial dairy farmers starting to genotype their heifers, on a large scale, which indicates that the technology is really taking off.”

“But while it has started in beef, there is still a very long way to go. I’d just love to see that principle applied a lot more, ramping up the scale,” he said.

“That will involve both the scale of objective measurement – ramping up the numbers of animals that have genotypes – but also good phenotypes for traits like meat quality, fertility and so on.”

“We’re going to get some good wins there, through developments like on-line carcase measurement,” he said.

The aim of genomic selection was to identify superior variants of all the genes that contribute to important production traits, and bring them together in breeding lines in as few generations as possible, Prof Hayes said.

“When combined with advanced reproductive technologies, genomic selection promises to deliver productivity gains over the next few decades that might have otherwise taken centuries to achieve with traditional selection methods.”

“Improvements to meat quality in particular, measured by tenderness and intramuscular fat, will give a wider swathe of northern producers greater access to that higher-value end of the Asian and other export beef markets,” he said.

Prof Hayes recognises that adoption by producers will be critical to the success of his research. In addition to driving gains in the field of beef and pasture genomics, his goal is to make these technologies easy and more accessible for all producers.

“There are so many things competing for a livestock producer’s time. We have to make the genetics decision-making easy and quick, and we are always working to make them cheaper to apply.”

One of the big challenges faced in beef, over dairy, was the diversity of breeds involved.

“In dairy, it’s now 85 percent Holstein genetics. That represents a challenge for beef, but I think we have methods that can deal with that breed diversity – we just needs to get on and start using them.”

The rapid advancement of the SNP chip genotyping technology around 2008 was the catalyst for rapid uptake of genomic selection, Prof Hayes said.

“And one step further than that, we now have the whole genome sequence for cattle. That, we think, is the key to making cross-breed genomic breeding values work reasonably well.”

The completion of the bovine genome sequence had fairly rapidly produced diagnosis of genetic defects in cattle – lethal recessive genes, especially those that killed off embryos. The next step was to look at the other end, for those favourable alleles for fertility, meat quality and other desirable traits.

“We are just starting to see the genome sequence have some positive benefits in this way,” Prof Hayes said.

Prof Hayes is presenting a seminar at QAAFI from Noon tomorrow (Tuesday, 10 May) on selection for heat tolerance in cattle. While this research project was based on dairy animals, it would also have application in the beef industry, especially in feedlot applications, he said.

For those wishing to attend in person, the seminar will be held in Large Seminar Room (3.142), Level 3, Qld Bioscience Precinct, Building 80, UQ St Lucia campus.

The seminar will also be recorded, and a weblink for access will be added to this item on Beef Central later this week.

Professor Ben Hayes received his PhD from Central Qld University in 2000, where he examined how northern beef producers balance crossbreeding and within-breed selection. Aspects of his research were picked up and applied in the United States.

Following this, he moved to Melbourne and became heavily involved in genomics, using DNA information to lift performance in the Victorian dairy industry, first as a Research Fellow at The University of Melbourne, then as a Research Scientist (Quantitative Genetics) for the Victorian DNR&E. Now, nearly every dairy bull worldwide chosen for widespread use in the industry is selected on the basis of genomic predictions.

He was then able to apply the same technologies and techniques in Atlantic salmon in Norway, during a 30-month appointment as senior research scientist (genetics and breeding) with Akvaforsk.