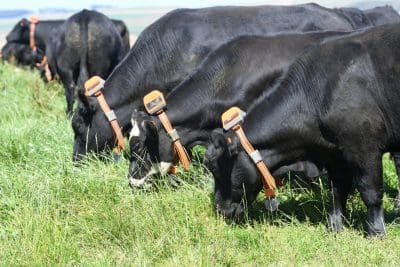 Agersens, which was founded by Ian Reilly, designed and developed the eShepherd platform to allow livestock managers to control the location and movement of cattle using a web application and an intelligent, solar-powered neckband connected to the internet via a base station. Animal movement is controlled by audible and eletrictal stimulus. Testing, including a fully-subscribed beta trial program, shows the technology is proving effective in rotational grazing and protection of riparian zones.

Leading Agersens over the past two years has been Jason Chaffey, who said Agersens and Gallagher shared a common vision for farm automation, expansion into global markets and partnering with industry to provide tools that facilitate data-driven decision making.

“Gallagher’s long and respected history in livestock management, international reach and vision, not only for virtual fencing but for promoting a more efficient, productive and sustainable grazing industry, means it is ideally placed to provide a strong foundation for the future growth of eShepherd,” Mr Chaffey said in a statement.

“Agersens and Gallagher will work closely to maximise synergies and grow commercialisation of eShepherd, a technology we are confident will be a game-changer for livestock production,” he said.

eShepherd was performing well at test sites across Australia and New Zealand and Gallagher’s acquisition would accelerate growth and development of the product, to move towards providing producers in multiple markets with access to the technology.

“This acquisition further cements our commitment to investing in new ways of farming that will support customers with smarter, simpler solutions that make farm life easier and more profitable,” he said.

The acquisition will be finalised by 21 June, after which the current Agersens team of around 35 will transition to Gallagher, under the overall leadership of Gallagher’s global general manager for animal management, Lisbeth Jacobs.

A family-owned business headquartered in New Zealand and employing more than 1000 staff, Gallagher is a global leader in the animal management, security, and fuel industries.  It exports to 160 countries and was founded in 1938.