MORE substantial rain across the eastern half of NSW and Queensland in the past seven days has made beef processing a day-to-day proposition this week, with plenty of large export plants planning to cancel shifts due to challenges in accessing stock. 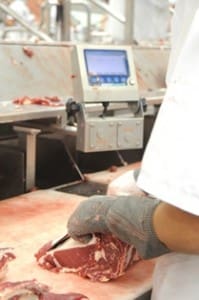 While there have been some advances on already-high processor grid offers seen a week earlier, others have taken the view that ‘even more’ wet-weather money will not necessarily flush out more slaughter stock.

All three export plants in central Queensland will drop shifts this week, while Townsville remains closed due to earlier wet weather infrastructure damage.

In southern Queensland, immediate kill prospects were described this morning as a ‘day to day proposition’, as livestock staff struggle to fill available slots.

Roads are cut in heartland cattle areas across parts of Central Queensland, with trucks waiting for conditions to improve, and paddock conditions in many areas make mustering impossible.

In southern Queensland, most grids maintained the big rises seen a week earlier, when offers jumped 20-30c/kg, on top of another 20c/kg the week before.

Cows are now in increasingly short supply as herd rebuilding mentality starts to take hold, with one Queensland operator’s grid lifting to an unprecedented 580c/kg on Friday. Others remain in the 530-535c/kg range for heavy cows this week.

Central Queensland direct consignment rates remain much the same as southern parts of the state, as fierce competition emerges with live exporters also looking for heavy cattle to fill boats after rain interruptions to roads and paddocks. Typical Indo steers in Darwin are quoted at 350c/kg liveweight this week, reaching an 18-month high.

Significant losses are now being logged by processors on cows bought at current high prices, even with the A$ hovering near ten-year lows against the US$. In the saleyards system, good cows remain in short supply, with plenty of examples making 300-315c/kg liveweight at sales across eastern states early this week. A 310c/kg liveweight cow equates to 613c/kg deadweight, as processor buyers struggle to buy the minimum quota needed to raise a kill.

At Roma store sale this morning, prices continued to improve due to the reduced supply and recent rainfall.  Medium weight cows lifted in price by 9-11c, while heavyweight cows were dearer by 8-15c/kg.  A large number of heavyweight score 4 cows off grain reached a top of 311.2c to average 301c/kg. See full Roma report tomorrow.

All classes of cows met strong competition in a smaller yarding at Gunnedah this morning, with restockers competing strongly on the plainer-conditioned lines. Market trends improving by 20-30c/kg liveweight. Prices for all cattle were dearer and significantly so in places, with lightweight steer calves attracted keen restocker competition to break the 500c/kg barrier.

Taking quality into account, the lightweight yearling steers to restockers experienced strong gains at Gunnedah, while medium and heavy feeder steers were well sought after resulting in significant price improvements. Yearling heifers to restock and feed sold to dearer trends of 20-30c/kg.

While eastern states slaughter numbers rose a little this week, that was on the back of an Australian day holiday-shorted week the week before.

A clear sign of the dramatic turnaround in seasonal conditions was seen in the proportion of females included in weekly kills last week. Where both NSW and Queensland were consistently recording 55-57pc females in weekly slaughter during the depths of last year’s drought, in Queensland, the figure was dramatically lower at 40pc last week, while NSW recorded 53pc.