As reported by Beef Central last week, JBS Australia last week refused to provide kill statistics for its northern division plants in protest over the perceived inaccuracy of the weekly kill figures reported through the NLRS Eastern States slaughter report.

JBS, the nation’s largest processor, says it will no longer supply data out of the company’s northern supply chain until it can be assured that the report’s figures are accurate.

While JBS is the only processor to have withdrawn its figures at this point, other processors certainly share the company’s concern over the accuracy of the NLRS kill data. One suggested it had been happening off and on since the early 2000s. MLA last week presented evidence based on ABS export data and DAF export shipped weight figures, which it argued supported the view that the kill numbers were sound.

If the kill figures are in fact being misreported, there is a belief that it is harming Australian exporters’ ability to effectively negotiate price on export meat, because customers are given the impression that there is more meat in the pipeline in Australia than is actually the case.

One processor suggested the market for fullsets into Japan had fallen US15c/lb in a week recently, based solely on inaccurate signals to Japanese trading customers from NLRS reports that Australian kills were rising.

“It’s important to understand the culture in Asia. Those customers see MLA/NLRS as an extension of the government, and unlike Australia, the Japanese and Koreans trust governments implicitly. It makes it hard to convince them that the figures, in fact, may be wrong,” an export processor said.

Complicating matters further, a number of processors in Queensland and Victoria routinely refuse to provide their kill statistics to MLA, for various reasons, and have done so for years.

As unusual as it may seem in this era of electronic data collection and transfer, NLRS currently relies on the equivalent of the ‘Pony Express’ to gather weekly data on kill numbers. An NLRS employee physically rings a contact at each plant every Monday to verbally collect numbers for the previous week’s kill. It frequently causes delays in the collation of the data.

“As an industry, we have a unique ability to make very simple issues incredibly complex – and complexity equals cost”

Critics say that some weeks, processor contacts simply tell the NLRS staffmember responsible for data collection, “Same as last week,” suggesting some pay little real attention to accuracy. Others say figures vary, depending on which company staffmember picks up the phone at a plant.

This week, the slaughter reporting issue has escalated, with no state kills reported for last week for Queensland or NSW by NLRS, and no overall eastern states tally. With about 70pc of the nation’s kill left unaccounted for, it leaves little justification to produce the document in its current form at all.

Last Thursday, based on information provided by MLA, it appeared a breakthrough had occurred. Beef Central reported that two of the largest processors in Australia had agreed to MLA’s suggestion to allow the National Livestock Reporting Service to access their National Livestock Identification System records on slaughter cattle, for slaughter data capture purposes. Under NLIS, every beast slaughtered in an abattoir is routinely recorded, in real time, as it is taken off the NLIS live animal database.

Initially, that appeared to provide the ‘third party’ solution that was needed, taking matters out of individual processors’ hands. But that prospect quickly fell apart, for a number of reasons:

Lots of questions have since arisen about the weekly kill reporting issue. Here’s just a small sample, some of which have been posted by Beef Central readers, via reader comments on our original report.

As a result of last week’s developments, MLA has now basically walked away from playing a role in solving the data collection issue, telling processors to sort it out themselves. “NLRS remains ready to report slaughter numbers for Queensland and NSW on supply of slaughter data from processors in those states,” MLA said in a brief statement.

Since the prospect of ‘mining’ the weekly kill data from processors’ NLIS transfers has been shelved, another, arguably stronger option has emerged.

Firming this week as the likely solution is the use of On-Plant Veterinarians (OPVs). OPVs are federal government employees, providing an attractive ‘third-party’ reporting function, which could take away any suggestion of manipulation (if it in fact occurs) by individual processors out of the game.

One of the roles of OPVs is to record daily slaughter in each beef plant, for the purpose of collection of industry levies. That means the government is highly incentivised to get the figures right.

Yet another attraction in using OPVs to provide kill data is that unlike the NLIS option, they already distinguish slaughter cattle by gender.

One of the key points about the collection of weekly kill data is that it includes two key attributes – the volume of cattle processed, and their sex. Some stakeholders argue that the gender breakdown is significantly more important than the outright slaughter figure.

That’s because gender provides much greater guidance about herd reduction or expansion, based on the crucial female slaughter numbers as a proportion of the overall kill. Currently Queensland and NSW are the only states where gender breakdown is provided by NLRS (when the reports, indeed, are functioning), but a move to a different reporting system based on input from OPVs could see that provided for all states.

An issue with the use of OPVs, however, is that they do not operate in all beef plants.

OPVs operate in Tier-Two export beef plants (the largest majority of the Australian beef kill), but not in Tier-One export (mostly third-world exports), or domestic-only plants. Other arrangements would have to be made for those sites. In a domestic or Tier-One export plant, the company accountant, or chief financial officer typically reports the numbers to government, for industry levy purposes. Heavy penalties apply for misreporting.

Yet another potential reporting option being discussed is the use of MLA’s Livestock DataLink program, but uptake to this point has been modest, at best.

Is there a quick or easy solution to the current standoff between processors and MLA over reporting accuracy contained in NLRS’s weekly eastern states kill report?

There’s no doubt that processors themselves see the outcome from the current dispute as damaging for the broader industry, and is potentially ‘gifting’ more ammunition to critics who have pushed for mandatory price and volume data reporting, as part of the recent Senate inquiry process. That suggests they may work quickly to try to find a common solution.

Well prior to this month’s processor protest leading to a breakdown in market reporting on kill numbers, MLA had already issued a letter to all red meat processors, as part of its broader objective to seek to develop better, more effective and more transparent market price and volume signals for the industry.

Beef Central was told that about 70 percent of processors had responded to that letter so far, and none to this point, had objected to its direction. The letter makes no reference to how the voluntary, enhanced  data reporting ‘platform’ would operate, but suggested the data would be “widely sort (sic) after by industry.”

No data is better than flawed data: JBS

Beef Central on Friday spoke with JBS to better understand the company’s views over reporting of slaughter numbers. 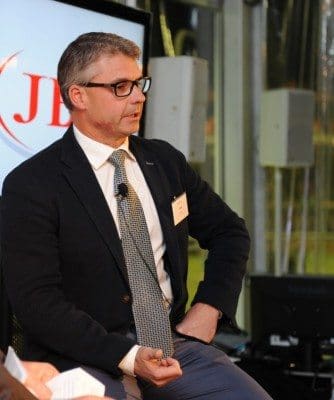 He said in the case of industry-wide weekly kill statistics, no information was better than wrong information. He supported the view that the OPV collection model held promise as a solution, however.

“As an industry we spend tens of millions of dollars to build platforms to collect data. And yet we currently rely on a weekly phone call to try to build a picture about the state of the national kill,” Mr Pratt said. “If it wasn’t so serious, it would be funny.”

“As an industry, we have a unique ability to make very simple things incredibly complex,” he said. “Complexity equals cost.”

“What do we, as an industry hope to achieve with the data being put out as currently as it has been?” he asked. “What benefit is there for the producer, or us within the processing sector? How is the collection and publication of this helping achieve a higher farmgate return?”

“At the minute, the incorrect data that is being put out is allowing our Japanese and Korean customers, in particular, to use it as leverage, when we are trying to sell them meat,” he said.

“Gender breakdown is a different story, but does publishing a figure on the volume of cattle killed each week achieve anything positive for the producer or processor, so far as price is concerned?”

Mr Pratt pointed to the US as an example of how beef industry data could be manipulated.

“Be careful what you wish for, with data collection.”