SHOULD CCTV cameras be made mandatory in Australian red meat processing plants?

The question arose during Senate Estimates in Canberra last week when members of the Rural and Regional Affairs and Transport committee put questions to Australian Meat Processor Corporation chief executive Peter Rizzo around the broader subject of the industry’s approach to animal welfare. 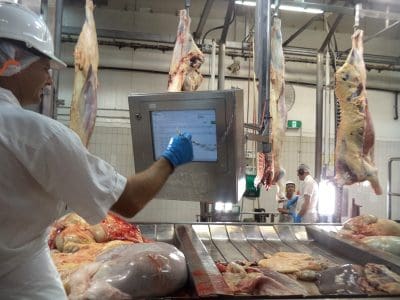 Labor Senator for the NT, Malarndirri McCarthy asked whether in light of animal welfare being identified as a top-10 issue for the industry, AMPC had explored the use of CCTV as a means of improved training and compliance with animal welfare standards.

“A lot of our plants use CCTV now to monitor most of the processes that go on inside the processing facility,” Mr Rizzo said.

“Of the plants that I have visited in the past 18 months, I would say the majority have some form of CCTV for their own monitoring of various process related activities inside the plant. Some of them are quite sophisticated,” he said.

Asked what proportion of the nation’s 134 AusMeat accredited processing plants might support CCTV monitoring systems, Mr Rizzo said he did not have an exact figure, but he described it as ‘a large proportion.’

Sen McCarthy  asked whether AMPC had considered the implementation of the regulatory requirement for CCTV in all abattoirs, as had occurred in England and Scotland, as a means of improving animal welfare compliance and shoring-up the industry’s social licence with the broader community.

“We could probably do research around that, as an organisation into the potential cost benefit of doing something of that nature. But it’s not something that is on our radar as a priority to support the industry,” Mr Rizzo said.

“Our plants that use CCTV feel that it’s beneficial for monitoring their production processes. We use a number of different scanning-type technologies as well in different parts of the processing sector. We’re even investing in the opportunity for using different types of monitoring equipment to look at offal and offal types (to provide an indicator of animal health prior to slaughter).

Committee chair Sen Glenn Sterle suggested the point of the question about monitoring referred to the point of slaughter/post slaughter.

“We’re not dealing with any animal welfare issue. So, at the point of slaughter, do you know whether the major plants, in particular those with the highest volume, have a monitoring process about the welfare of the cattle as they come into the slaughter room?” he asked.

“Very much so,” Mr Rizzo said. “There is an industry code of practice that is established, but there are also commercial practices with various customers that pertain to these particular issues around the sustainability of the sector, essentially. They’re quite sophisticated in how they may do that.”

“Then we have a long tail of the industry beyond the top 25. If AMPC has 105 processor members, 80 of those companies represent only 10 percent of the beef and lamb production. They’re quite small and there are micro-plants, and they are very regionalised.”

“They may be there just to service regional areas. Of the export accredited plants, we have about 80-odd plants that are export accredited, of our providers. The other plants, of the 134 that are our members, would be considered domestic producers.”