SEVERAL regional meat processing operations could soon be facing water supply challenges if there is no reprieve to the severe drought conditions gripping eastern and northern Australia. Water storages in a number of regional towns in Queensland and New South Wales which are home to meat processing operations have fallen to below 10 percent are now operating under high level water restrictions.

While there is still time for rainfall to reduce the level of risk, water authorities are drawing attention to the possibility that some centres relying on rivers and dams,  without access to reliable underground water, could reach ‘day zero’ in coming months.

The looming issue has prompted the Australian Meat Industry Council to call for immediate government support to counter the risk that the current drought and water supply crisis potentially poses to regional jobs and industry. 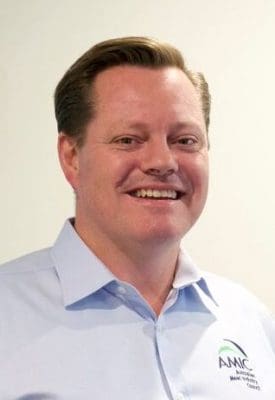 “Without water, these businesses can’t run, and that means jobs are in peril,” he said.

“AMIC has members operating processing facilities in each of these areas.

“No water means our members’ daily operational capacity diminishes. From washing stockyards through to sterilisers and hand washing to refrigeration and end of day cleaning operations, all will be at risk.”

Mr Hutchinson said even with a strong focus on water efficiency, the sector “simply cannot operate without reliable water supply”.

“Some of the water use reduction strategies implemented by our members include water-saving equipment such as low flow/high-pressure taps and hoses, sensors on hand and apron wash stations and automated clean-in-place systems.

“Red meat processors have invested a huge amount of effort and money in water efficiency and the industry has made great steps forward in terms of reducing water use and recycling water. But at the end of the day, every business within the meat supply chain relies on water to deliver dependable, safe meat to all Australian homes and businesses. ”

AMIC is calling on Water Minister David Littleproud to engage with industry as a matter of urgency, to end uncertainty around water restrictions.

“We’re very concerned that if this is not dealt with swiftly, we may see processors forced to reduce production, leading to job losses and potential plant closures. Once a facility is closed it is very difficult to get it up and running again, which would be devastating news for regional areas which are already under enormous pressure.”

No discussions yet to limit water

Processors Beef Central and Sheep Central have spoken to in affected regional areas in the past few days say water availability will become a more serious concern if dry conditions persist, but at present operations are not affected. Tom Maguire, Chief Value Chain Officer of Teys Australia which operates a beef processing plant at Tamworth, said the company has made significant investments in recent years ensuring the facility is  “best in class” for the amount of water that it uses.

He said that while there have been no discussions with the Tamworth regional council about limiting the supply of water, there has been a focus on ensuring water conservation measures are in place.

“They have had a good look to make sure that they’re happy that we’re using best practice in terms of water use and they’re very comfortable with that,” he said.

“There has been no talk about limitation of supply, but certainly a focus on using less water.

“We have no doubt that across the industry we’re going to have to look at better water conservation measures, and if the dry conditions continue then questions about water limitations may get asked at some point.”

The NSW government has recently committed almost $40 million to construct a pipeline to connect Tamworth to Chaffey Dam to extend its water supply, which is expected to be completed in March 2020.

Fletcher International Exports owner Roger Fletcher said his Dubbo meat processing plant relied on water from the Macquarie River and he was concerned about the long-term water situation. 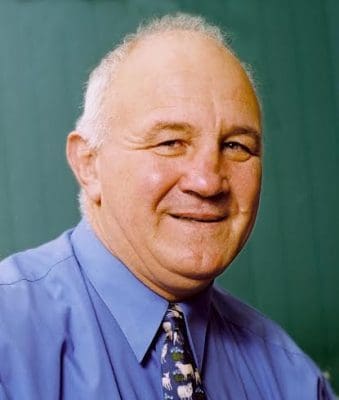 But he said the prediction of the river going dry by November was a worst case scenario and people should not be alarmist about the issue which had been “sensationalised” in newspapers.

“We will be right for a while – It will rain again.

“Twelve months ago they reckon we had the biggest drought in history and 12 months later I don’t know what this one is?”

Mr Fletcher said the business has had to manage its water better, but it was “geared right’.

“I think we will battle on.

“We’re managing around it – you never know what strings we can pull,” he said.

“I get disappointed that some of the towns don’t work with us — the water is all coming out of one trough and we’ve got to work together on it.”

However, Mr Fletcher said the water situation in central New South Wales and Queensland was “a disaster.”

He said there has been very little water into dams and no run-off into the river system.

“The New England area is the worst.” 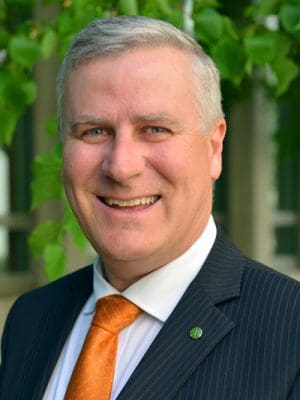 The Authority will be an oversight body which will “utilise the world’s best minds, scientists and local knowledge to assess the myriad of water diversion and storage proposals and provide a science based approach to the future requirements of Australia’s water infrastructure.”

“It’s has been too long since we built a major dam in this country, way back in 1987 and as we highlighted during the election, this government is establishing the National Water Grid to take out the state-based politics and insert the science with a national-based approach to water security for Australia’s Future,” Mr McCormack said.

“Water is the lifeblood of our nation and we owe it to our primary producers and regional communities to deliver long-term sustainable water infrastructure to boost agriculture that will support the growth of regional Australia and meet the demands of a growing population.

“Doctor John Bradfield understood drought was part of the Australian landscape 81-years-ago when he designed an ambitious water infrastructure plan to divert water from the coastal rivers of North Queensland inland across the Great Dividing Range. This visionary thinking is what a 21st Century National Water Grid will deliver for Australia.

The Authority will commence on 1 October this year and build on the $993.1 million already committed from the $1.3 billion National Water Infrastructure Development Fund to fund the construction of 21 water infrastructure projects with a total construction value of more than $1.98 billion.