JACK Burton and partners’ new Kimberley Meat Co beef abattoir is officially opened today, representing only the second new meat processing plant to be established in northern Australia in the past 50 years.

Along with AA Co’s Livingstone plant near Darwin, the new facility, located between Broome and Derby in Western Australia’s remote northeast, blazes an important trail for red meat processing in northern Australia.

About 200 guests including state and local council politicians, regulators and other government stakeholders, service providers, contractors, and the local business community are gathered at the site this morning for the official opening being performed by WA’s agriculture and food minister, Dean Nalder.

By any standards, given the history of meat processing across northern Australia over the past half century in the face of the rapid growth in the live export industry, the project is a brave move.

The visionary behind the project is local cattleman, Yeeda Pastoral Co principal Jack Burton. He has shown an interest in processing his own beef for some time – for some years getting cattle killed and boned near Perth – but it was the calamitous 2011 live export market closure that provided the real catalyst for progress towards development of a processing facility on Yeeda Station. 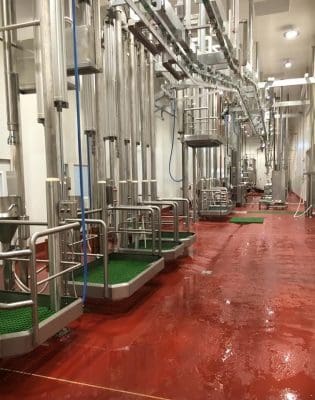 Planning and development work on the site has progressed, somewhat sporadically, since then as finances have allowed, finally delivering the impressive facility represented in the images accompanying this article.

Mr Burton has not disclosed the size of his and his business partner Merv Keys’ investment. But given the infrastructure evident in the images published here, and accessible via the photo gallery at the base of this page, it clearly represents a commitment of many millions of dollars.

Beef Central spoke at length with Kimberley meat Co general manager Geoff Bevan yesterday about the project, as the finishing touches were being applied in advance of today’s opening ceremony.

Here’s some key features, from what we’ve learned:

The plant itself is established on 35 acres of Freehold title land, in the middle of the surrounding Leasehold grazing enterprise. That’s an important distinction in a region where virtually all privately owned land is leasehold tenure for grazing purposes, in order to provide greater security of tenure over the considerable investment in the abattoir infrastructure. 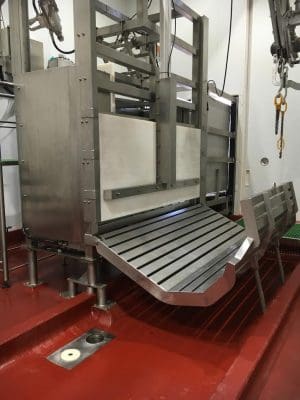 Mr Bevan said feedback and results so far, including phyto-sanitary performance out of small early consignments into the Perth domestic market had been ‘exceptional.’

“One of the beauties about this business is that we do have an assured cattle supply,” he told Beef Central. “A lot of boning rooms and processing facilities in the south (WA, as well as eastern states) are closing down, or cutting back on days, due to lack of numbers.”

“But we can see, well ahead, what our cattle supply is looking like. It takes one of the big unknowns out of the equation, in not having to source cattle for a kill each week. There would be 15,000 Yeeda cattle in surrounding paddocks and areas now, waiting to be slaughtered,” he said.

Much of the construction and fitout of the facility has been done by Tyron Dennison from Food Equipment Australia (FEA), who has built close to 25 abattoirs in remote locations across the world, including the Middle East.

Kill floor operations manager is John McQuillan, who brings deep experience across WA processing operations to his new role, and is making a major contribution to the project.

Only time will tell whether the plant is financially viable, but for starters, captive cattle supply is obviously part of the pre-requisite to make a process like this happen elsewhere.

From humble beginnings, Yeeda Pastoral Co has grown into a fully-integrated red meat business with a herd of 95,000 cattle in Western Australia. 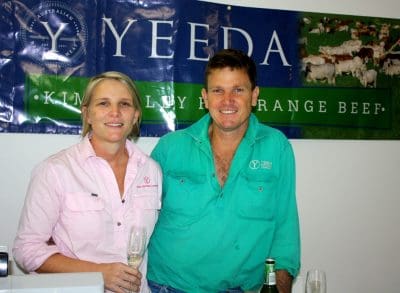 Jack & Vicki Burton purchased the pastoral leases and freehold land at Kilto Station, 60km from Broome, in the early 1990s and set about building a substantial horticultural and cattle business with the intention to expand into investment in forestry and outback tourism.

While building up their cattle herd, they developed acreage under irrigation where they farmed cash crops on an extensive scale.

In 1999, the opportunity arose for the Burtons to purchase Yeeda Station, the adjoining Station to Kilto. In order to fast track their vision, Yeeda Pastoral Company was formed and the Burtons teamed up with the Taberer and Keys families , who provided additional equity funds, and the broader vision for Yeeda commenced, with 3 equal partner families.

In 2001, Yeeda acquired Mt Jowlaenga Station which adjoins Yeeda Station. Then in 2003, Yeeda acquired the Springvale Station aggregation area which includes Mabel Downs, Texas and Alice Downs Stations, with some 20,000 head of cattle. Springvale is located near Halls Creek, about 500km from Yeeda Station, in the East Kimberley Region.

Whist increasing livestock numbers is a major objective for the business, of equal importance is preservation and enhancement of Yeeda’s pastoral environment. Yeeda has photographic and documentary evidence that the country under the company’s control has been progressively enhanced over the past 10 years. Aerial view with triple roadtrain unloading loop at rear, and cleared area for holding yards to its left. 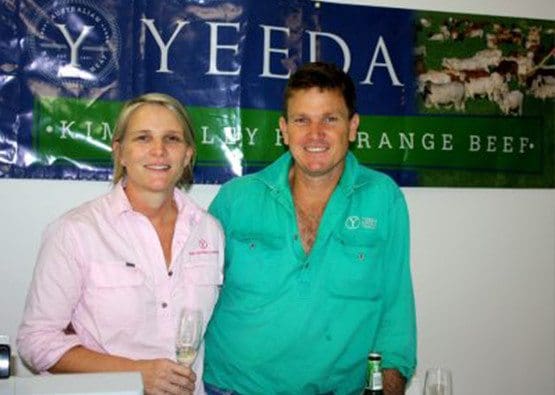