Management, board changes for WA’s Yeeda and Kimberley Meat Co

Yeeda Pastoral Co and its subsidiary, Kimberley Meat Co – the nation’s most isolated beef processing facility operating near Broome in northern WA – has made a series of management and board appointments in advance of its 2021 slaughter season

KMC does not anticipate starting its 2021 slaughter season until late April, as a big wet season across the Kimberley region livestock catchment area has delayed the start to annual mustering. Yeeda has also appointed Dr Steve Petty from Spektrum Agribusiness as an adviser and consultant to assist the company with herd and rangelands management.

Dr Petty has 32 years’ experience in the northern pastoral and agricultural industries focused on efficient and profitable business management, business development as well as the implementation of innovative technology in rural production systems.

In addition, James Campbell will join Yeeda’s board of directors, starting next month. Mr Campbell has 20 years of corporate and commercial agribusiness experience with KPMG, ANZ and Sanger Australia, held board roles with Red Meat Advisory Council and the Australian Meat Processing Corporation. He is currently executive chairman of Amaretto Almonds, an entity within the ADM Capital-managed Cibus private equity fund. 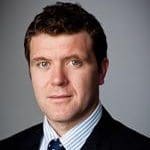 Commenting on the leadership changes, Yeeda co-founder and chairman Mervyn Key said the company was indebted to Anthony Wilkes for the stability and good governance that he brought to and instilled in the company after he took over from the previous management a year ago.

“Anthony has made a substantial contribution towards putting Yeeda back on the right track and we wish him well for the future,” Mr Key said.

“We have a strong management team that is running Yeeda and the additions of Steve Petty and James Campbell will further bolster our agribusiness expertise and help position us well for the future,” he said in a statement.

The exceptionally good wet season in the Kimberley has prompted the pastoral industry to delay mustering activities. As a result, KMC will re-open for processing at the end of April, by when Yeeda will have also completed additional investment in new power generators and major refrigeration installations and the further extension of holding yards, located adjacent to the plant.

In 2020, KMC processed about 40,000 head of cattle – a strong performance given the industry-wide cattle shortages – and is planning to process a similar number this year until its scheduled annual maintenance shutdown in mid-December.

The impact on meat processors this year because of record-high cattle prices and continued limited supply was, to some extent, offset by Yeeda having its own herd of more than 72,000 Brahman and Droughtmaster cattle in the Kimberley, Mr Key said.

Yeeda has committed further capital investment in its assets and strategic position in the Kimberley, and has tasked Dr Petty with working with the company to further improve the quality of Yeeda’s herd, and execute a strategy to enhance the condition and carrying capacity of Yeeda’s pastoral rangelands, totalling more than one million hectares.

Strategies are also being executed around sustainability and reducing its carbon footprint, the company said.

This includes working with Dr Petty on assessing and implementing carbon sequestration opportunities. In addition, Yeeda has begun exploring new green hydrogen technology initiatives that can take advantage of the company’s location at the mouth of the Fitzroy River, which – when in flood – is one of the largest rivers in the world.

Yeeda Pastoral Co owns and operates the Kimberley Meat Co processing plant halfway between Broome and Derby in Western Australia’s Kimberley region. The plant can handle up to 60,000 head per year and is the only abattoir in WA’s North.

Seasonal rains dependent, the plant is usually operational between the end of February and early December before the annual shutdown during the Kimberley’s wet season. In 2019, Kimberley Meat Co was named Regional Exporter of the Year at the prestigious WA Industry and Export Awards, sponsored by the WA Government and the Export Council of Australia. In addition to Kimberley Meat Co, Yeeda has several Kimberley livestock properties, including Yeeda Station, covering more than one million hectares.