Full-year net sales across the company’s operations in North and South America, Australia and Europe were worth A$57.05 billion, up 35pc, while net income was A$1.61 billion, up 128pc on the year before, due to both organic growth and new acquisitions.

Operating cash generation reached A$7.42 billion, which allowed JBS to expand its operations globally in the value-added and branded product segments, aligned with the company’s broader strategy. 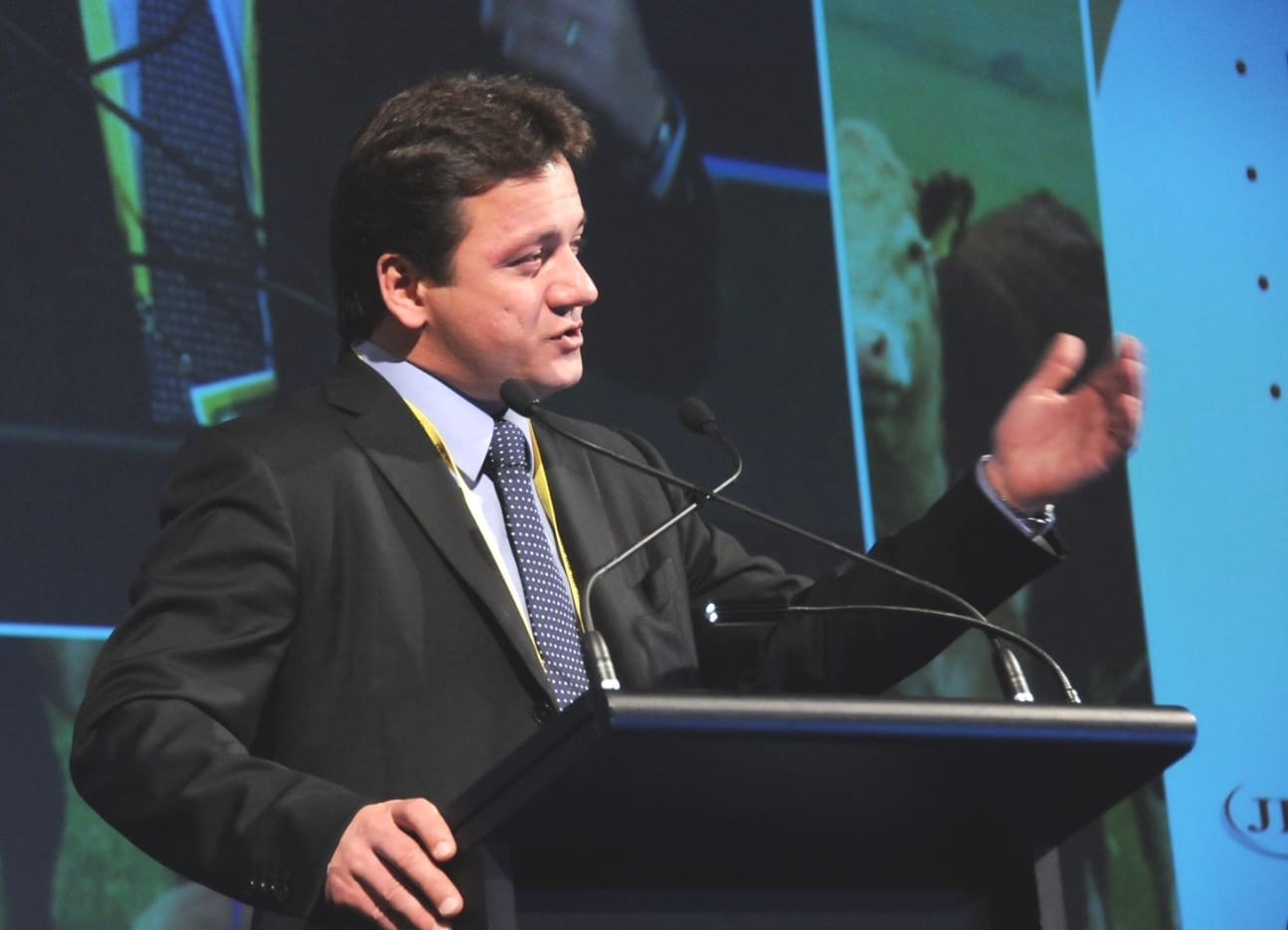 In a supporting statement with the financial release, JBS Global chief executive Wesley Batista said the company’s unique global production platform, combined with its relentless pursuit of operational excellence, permitted it to register ‘good results’ during 2015.

“It was a notable year for JBS as we evolved significantly in our strategy,” Mr Batista said.

The company had strengthened its operations in key food producing regions globally, and further diversified its product portfolio, adding significantly more value to its products, under its stable of reputable and well-known brands.

Contributing strongly to global consolidated sales of A$57B was export trade, which represented 30pc of JBS’s overall net revenue, with Asia and the Middle East as key markets.

“Another highlight during the year was the operating cash generation, which allowed us to grow and conclude strategic acquisitions,” Mr Batista said.

“Besides our expansion in our platform in Brazil, we acquired Primo Group in Australia in the first semester, a leading company in the prepared food segment, owner of well-regarded brands and great acceptance by the market. We also expanded operations in Mexico and concluded the acquisition of Moy Park, a European company that is totally aligned with our global strategy.”

At the end of October, JBS increased its pork operations in the US with the acquisition of strategic and well-located assets with the added advantage of having capacity to produce value-added products.

“In 2015, we reinforced and diversified our global food production platform, with access to raw material in several regions and different proteins. This footprint protects us from phyto-sanitary and commercial trade barriers, while permitting us to reach 100pc of the consumer markets worldwide,” Mr Batista said.

“This diversification in proteins and geographically enables us to mitigate the volatility associated with the commodity cycles and to deliver more solid and consistent results.” JBS continued to invest in research and innovation to aggregate value to its products in order to provide more convenient products for clients and consumers, the commentary said.

“We are committed to better understanding the behaviour of consumers so we can innovate and customise more products with health and wellness in mind,” Mr Batista said.

Commenting on global economic outlook, Mr Batista said JBS recognised that global population growth was a key factor that would substantially increase the demand for food and the company’s products.

“Moreover, the change in consumption habits, combined with better income distribution in some countries has generated a pursuit for healthier diets, with higher consumption of more nutritious food and protein-based products.”

“We are confident in our global food production platform and in our highly qualified team to lead JBS in our strategy. We will remain focused on operational excellence and food safety, while we base our business in the highest quality standards and service level to meet and exceed our customers and consumers requirements.”

The company’s JBS USA Beef division, which includes operations in Australia and Canada (unfortunately for Beef Central’s readers, not reported separately) was a strong contributor to last year’s result.

Net sales in 2015 totalled A$29.5 billion, up 2.4pc on 2014. Pre-tax earnings were A$782 million, a reduction of 36pc in comparison with 2014. The performance of the business unit during the year was impacted by the lower availability of US cattle and heifer retention, strengthening of the US$ and higher beef imports into the US.

In Australia, there was a gradual reduction in the number of cattle and sheep processed during the year, which reduced meat sales volume. Sales prices also declined due to currency variation.

In the US, USDA data confirmed the growth in the US cattle herd in comparison with 2014, which combined with lower beef imports, should contribute to improve the profitability of the industry in the US in 2016, JBS said.

Another big contributor last year was the JBS Foods (value-added) division, which saw net revenue increase 45pc to $6.55 billion for the year, launching more than 100 value-added products over the past 12 months.

In separate announcements this week, JBS’s South American division said it planned to temporarily suspend operations at five of its Brazilian beef plants, to better align with cattle supply and price.

The company said operations at the affected plants were likely to resume in about three weeks. The closed plants include two in Mato Grosso, one in Mato Grosso do Sul, one in Goiás and another in Pará.

“Amidst the country’s economic crisis and high protein prices, Brazilian consumers are replacing part of their beef diet by poultry and pork,” a report said.