One of the world’s leading authorities on food safety in the red meat industry, Mr Almanza says Australia holds a significant competitive advantage in beef shelf-life and plant hygiene over other global producers. 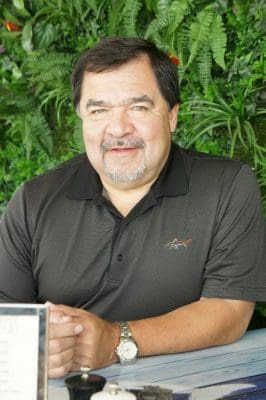 He was making his first visit to Australia last week as a newly-hired executive for JBS, during which he granted Beef Central an exclusive interview.

His high-profile appointment last month made the loudest possible statement that JBS is serious about elevating food safety performance and integrity as a key objective, particularly in the wake of the broader Brazilian meat industry’s infamous ‘Weak Fleish’ incident which unfolded earlier this year.

In his global role, Mr Almanza’s brief will not only encompass JBS’s Brazil operations, but from his base in Greeley, Colorado, will touch every part of the company’s business in the US, Australia, Canada, and across South America.

Prior to joining JBS, Mr Almanza spent 39 years with the US Department of Agriculture, including the past ten as Food Safety Inspection Service chief administrator, where he led a team of more than 7000 inspectors and field employees. He was also USDA deputy under-secretary for food safety before retiring in July.

He is recognised globally as an expert on food safety, risk management, the development of modern meat inspection systems and international sanitary standards that govern market access for meat products.

His is a true ‘grassroots’ story, cutting his teeth as a food safety inspector in a small beef slaughter plant in Dalhart, Texas, before rising through the ranks to become perhaps the most influential food safety administrator in the world.

Speaking at the time of his retirement, Mr Almanza said he had been driven by the FSIS’s mission to protect public health by preventing foodborne illness. “It’s a mission that I feel strongly is among the government’s most critical, and I am honoured to have been a part of it for four decades,” he said.

He last visited Australia two and a half years ago in his FSIS role, speaking on global food safety issues at the Beef Australia 2015 event in Rockhampton.

After visiting JBS processing facilities stretching from Townsville in Queensland’s far north all the way to Tasmania last week, Mr Almanza was enthusiastically complementary towards the Australian red meat industry’s approach to food safety, and its strong record in this area.

“In my previous life as a regulator, we always recognised Australia as a leader in food safety performance, because of the processing methods used here, which are quite different than those in the US,” he told Beef Central.

“I was not surprised by what I saw during plant visits last week – a lot of good practices in use. Certainly, there were particular things that I thought we may need to do better, but overall, the slaughter facilities here in Australia perform at a very high level. They are extremely clean, which is very important, because in my opinion, that is the primary reason why Australian beef has the shelf-life track record that it does,” he said.

“It’s what you do at the beginning that counts.”

Ideal to establish JBS as number one for food safety

Mr Almanza said his personal aim was to see JBS not only as the world’s ‘number one’ in terms of the volume of meat protein produced, but also for food safety.

“It’s one of those issues where a lot of people talk about raising standards, but it’s our intention not only to meet regulatory standards, but to exceed them.”

“It’s an opportunity for us to be world class,” he said. “It’s one of those issues where a lot of people talk about raising standards, but it’s our intention not only to meet regulatory standards, but to exceed them.”

He said there were reasons why he came to JBS’s Australian operations first, during his ‘induction’ phase into the company.

“Firstly it’s an important market, and sets a very high standard for the company in food safety. Certainly there are still opportunities to improve here, but that applies everywhere,” he said.

Asked for examples where Australian meat processing might be able to ‘lift the food safety bar’ a little higher, he said there were new technologies emerging which could help lift performance further, and new ways of configuring establishments – both slaughter and boning room – for optimum performance.

“We could take advantage of some of that in JBS’s Australian operations, even though they already operate at a high level,” he said.

“Having said that, I’ve seen some of the newest technologies available worldwide, in one of the Australian JBS plant visits I made yesterday. That ranged not only from automation, but also some of the cooking processes being applied to some of the value-added products. I haven’t seen that anywhere in the world.”

“What’s impressed me here is the drive to not only meet regulatory standards – but exceed them. That’s what we want to do at JBS, around the world.”

When JBS agreed to employment terms with Mr Almanza a couple of months ago, the company basically ‘handed him the keys’ to lift the company’s global food safety performance. 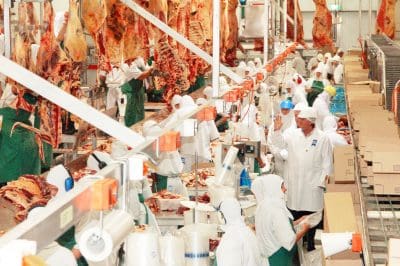 While his official working title is global head of food safety and quality, he said that ‘basically everything that happens’ in a meat processing plant in some way affected the safety and quality performance of the product.

“Food safety and quality encompasses a huge number of activities,” he said.

For that reason, he will be integrated into a number of major emerging JBS programs, including the company’s global sustainability project, which will cover environmental, animal welfare, workplace health and safety – and food safety will be a key part of that.

Mr Almanza said while heavy investment in technology (plate freezers, for example) could deliver food safety advances, what was equally important was establishing the ‘culture shift’.

“Culture change, and getting people to think about food safety is equally, if not more important than spending millions on new technology,” he said. “To be honest, I’ve already seen a lot of that during my brief time with JBS. It’s not as if this is unfamiliar territory. But I do believe that using food safety as an ‘entry point,’ allows any company to forge stronger ties with sustainability and other ideals.”

“It’s a matter of setting the priorities right. That creates a sense of ownership, and everybody around the table is more likely to make the right decision. It creates an environment where people invest in that relationship, and you end up with a situation where people are relying on each other to achieve the outcome, rather than operating independently. ”

He agreed that the trend had occurred, but suggested that the strongest way to approach sometimes artificial trade barriers was through data.

“One of the big changes we made in the FSIS over the past two or three years was to focus more heavily on the science, and data. Data is tangible, and when you do that, it is easy to support your position.

“I do believe the market players, worldwide, are getting smarter at using science and data to support their decisions.”

“In the US, we saw what we considered to be excessive regulatory interventions, shutting US beef out of a number of markets, but where was the science to support that?”

Sometimes market access issues took a continuous ‘beating of the drum’, using science-based arguments, until everybody was on the same page, he said.

“But I do believe the market players, worldwide, are getting smarter at using science and data to support their decisions.”

“There is incredible amounts of data generated out of the FSIS inspection system in the US, and it’s the same here in the Australian meat industry. But it’s how you use that data that’s important.”

Mr Almanza said while many international market access issues were ‘classified’ under the food safety tag, a lot of them were fundamentally political in nature.

Beef Central asked Mr Almanza whether the Australian red meat industry, with its multiple models for export meat inspection, was at any great disadvantage over the US’s single-system inspection model.

“I see the key issue as in having to comply with your customer,” he said.

“If you have a customer country which is willing to accept different types of inspection, and they come and audit your performance against that model, then that’s fine. If they find Australia’s model is equal to what they do at home, there should be no problem.”

“But the thing about the US system is that it focuses on carcase-by-carcase inspection; having a government-employed inspector at the end of the line. I can’t see that ever going away, simply because it is so heavily-embedded, and the Federal Court recently determined that there had to be a federal inspector, at the end of every line.”

He suggested some alternative negotiating methods that may be viable for Australia that are currently not utilised, such as the US process of ‘equivalence.’

“Basically, when the US grants equivalence to an exporting country, initially, that country may only have four establishments that are willing to export to the US. But after gaining equivalence, the exporting country itself determines which companies can export to the US. It’s up to the exporting country’s governing body, the regulator, to decide whether each company is meeting all the standards required to export. They could then expand that number to 30 or 40 plants, a sample of which would be audited during the next round of US auditing,” he said.

In contrast, using Australia’s beef exports to China as an example, that was not the same process as equivalence.

“An equivalence standard is better than a systems recognition standard, because it gains an exporting country broader access,” he said. “I’m certainly not going to tell the Australian government regulators how to do their business, but it’s worth looking at.”

Asked by Beef Central what impact Brazil’s recent ‘weak fleish’ food safety episode would be likely to have on the country’s global food safety reputation, Mr Almanza said in general, whenever a country was in a position of vulnerability – such as what happened in Brazil – there would always be a microscope applied on whatever it was they are exporting, and how they were producing it.

“It’s a natural reaction. It’s what humans do in relationships – if somebody screws up, then you pay closer attention to what they are doing. But the practical commercial reality is that Brazilian beef is arguably still enjoyed in more countries around the world than any other exporter.”

“Certainly there were some issues, but I don’t think the hangover will be as long as what some might anticipate,” he said.