Bindaree Beef, one of Australia’s largest meat processors, has secured finance through the Clean Energy Finance Corporation for investment in a major on-site waste to energy project which aims to halve the plant’s power bills and deliver a significant boost to its efficiency.

Up to $15 million has been secured for the project from CEFC, together with additional bank finance and an Australian Government Clean Technology Investment Program grant. The proceeds will fund a ‘landmark’ project to install a bio-digester and energy efficient rendering facilities at the Inverell, NSW export licensed abattoir. 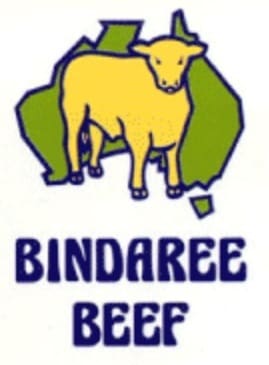 “We are demonstrating how waste can be transformed to real value,” Mr Yates said.

“Bioenergy is a real business, which is already seen as mainstream overseas. Biogas technology has not been embraced in Australia at significant scale yet, but it should be.”

Bindaree Beef director John Newton said securing finance from the CEFC had been integral to securing the interest of additional private finance, which, along with an Australian Government CTIP grant of around $20 million would cover the total project cost.

“Completion of the project will slash operating costs and increase profit margins, making the company better able to compete on the global market and, in turn, able to pass on benefits to the community through increased job security for employees,” Mr Newton said.

The family-owned and operated Bindaree business is capable of processing 1200 cattle a day and employs 830 staff. The facility has an annual turnover of $400 million, being one of the top five meat processors in Australia, with an estimated national slaughter market share of 2.5 to 3 percent.

The new plant and generator will replace a coal-fired system, with a new biodigester producing biogas to power the rendering plant and boilers, with any excess biogas used for electricity generation.

The project is expected to reduce the Bindaree business’s rendering operation dependency on external electricity and water supplies, while eliminating 7300 tonnes per annum of coal usage and its associated emissions.

The system is said to be capable of generating 1.2 to 1.6 MW of power, providing stable and highly reliable supply, with the potential to sell power back into the grid.

“The $40 million in improvements are expected to halve power bills and reduce annual carbon emissions by three quarters, making the business more competitive and creating the opportunity for a boost in production,” Mr Yates said.

Construction is expected to take about two years.

Mr Yates said the agribusiness sector could be a growth driver for Australia’s regions. Ensuring that regional businesses have access to capital to undertake investments like this is critical to Australia’s future competitiveness.

CEFC had experienced strong interest from the market for bioenergy and biogas projects and had so far invested $30 million in the sector which had catalysed a further $61 million investment from the private sector.

CEFC’s near-term pipeline included proposals in the bioenergy space for projects valued at more than $1 billion, he said. The majority of these represented biomass or waste-to-energy projects using abattoir waste streams, sugar cane bagasse, algae and municipal waste, with more than $100 million directed specifically to biogas projects in the agribusiness sector.

As at 30 June, the CEFC has contracted investments of more than $900 million in projects with a total value of more than $3 billion. The CEFC invests for a positive return, with its more than 40 direct investments and 25 projects co-financed under aggregation programs expected to achieve an average financial yield of about 7 percent.

These CEFC investments are expected to achieve abatement of 4.2 million tonnes of CO2e ewach year, with a positive net benefit to the taxpayer in the order of $2.40 per tonne CO2e. They help to improve energy productivity for businesses across Australia, develop local industries and generate new employment opportunities.

The CEFC operates under the Clean Energy Finance Corporation Act 2012.