Would Sir Sidney be worried about a sale to overseas investors? 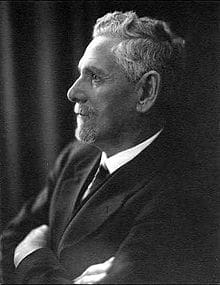 The imminent sale of S Kidman and Co, one of Australia’s largest beef cattle farming operations, and the likelihood that the successful buyer will be an overseas investor, will probably result in claims that Australia is selling off its productive assets to overseas buyers, and that Australians risk becoming landless peasants in their own country.

While such sentiments no doubt have popular appeal, they fly in the face of reality, and probably are contrary to the attitude Sir Sidney Kidman himself might have had to the prospect of such a sale.

The business was founded by Sid Kidman (later Sir Sidney) and his brother Sackville in 1895 when they purchased their first property, the brothers having previously operated successful cattle droving, trading, butchery and mail delivery operations. The history of Sid Kidman is detailed in several books, including one written by novelist Ion Idriess, and a more recent publication by Jill Bowen.

Based on the details in the biography by Jill Bowen, there were several aspects of Sid Kidman that were quite striking. The first is that he remained a ‘bushman’ his entire life, apparently never really at ease with the trappings of wealth or too many modern comforts. During visits to his vast string of stations which for most of the early days was via horseback,  he was just as likely to camp with the stockmen and spend his time yarning around a campfire, as he was to stay in the manager’s house. This character trait mean he had an encyclopedic knowledge of the land of central Australia, which gave him an advantage when it came to his dealings in cattle and sheep stations.

The second aspect that stands out, based on Bowen’s biography, is that he was a dealer at heart when it came to buying and selling land and stock, and he rarely if ever let sentiment stand in the way of taking advantage of a good deal. He purchased and sold and re-purchased numerous stations throughout central Australia, stepping in to buy when drought or poor prices forced land onto the market, and selling again later if the price was right.

It is true that he always had a big picture in mind that involved owning a string of stations that enabled stock to be moved to regions with better feed as the need arose, but there was also plenty of pragmatism evident in his land dealings.

A third aspect of Kidman that was somewhat surprising for the time is the amount of international travel he and his wife undertook, and the length of time they spent outside Australia. They spent periods of up to a year in Europe and the UK, traveled extensively in the USA, and also undertook extended travels to India, all at a time when international travel involved timeframes and communication challenges that seem inconceivable today.

Part of the reason for the travels was family (his son and daughter both spent considerable time in the UK), part was to meet export customers, and there is mention that his visit to the US involved a possible interest in buying cattle land there, but that he felt that land prices were too high there in comparison to Australia.

The impression that is gained from the various writings about Kidman is that he hoped that his family would carry on his business – indeed he groomed his only son to take over when he retired  – but that he remained a pragmatic dealer and trader at heart, and in all likelihood if it came to a sale would sell to the highest bidder, irrespective of whether they were Australian or overseas buyers.

Irrespective of Kidman’s likely attitude to the current sale process, the reality is that it is very difficult to find Australian investors for large-scale agricultural businesses in Australia. Recent examples include the Cubby Station and Ord Stage 2 transactions, both of which resulted in overseas investors taking major stakes in those operations. Even notionally ‘Australian’ investors such as Macquarie Bank’s Paraway Pastoral group are largely funded with money from overseas sources.

There have been some attempts to fund large-scale agriculture through stock exchange listings, but the example of PrimeAg (which was always priced by the market at a discount to asset value) shows how difficult it is to educate the Australian financial market to the volatile reality of Australian agriculture, irrespective of the long-term returns available.

Australian institutional investors have had an extended dream run relying on returns from the stock exchange, and have developed a very short-term focus aimed at staying near the top of the superannuation fund league tables each quarter, which guarantees a continuing flow of funds to invest, and triggers quarterly performance incentives.

A long-term investment prospect like agriculture is of little interest (and presents structural challenges) despite well-managed agricultural operations consistently outperforming other investment categories over the longer term. As a consequence, overseas investors are likely to continue to dominate when it comes to sales of large-scale operations in Australia, as has been the case for most of the past 150 years.