Why isn’t Lumpy Skin Disease spreading? The answer is blowin’ in the wind

The presence of Lumpy Skin Disease was officially confirmed in Riau province in east-central Sumatra on the 22nd of March 2022.

This suggests that it could have been present a month or so earlier before it was formally identified and then notified to the OIE.

The disease can spread rapidly and is transmitted by insect vectors including mosquitoes, biting flies, midges and even ticks. It can also be spread by direct contact.

Once the disease arrived in Riau it quickly spread to west Sumatra and north to Aceh. Jambi, immediately to the south has also been reported to have been infected.

But after the initial rapid spread it appears to have not moved any further south and certainly has not reached Lampung in south Sumatra where a large number of feedlots hold about 50,000 head of imported Australian cattle.

I am sure that the Indonesian animal health authorities hope that their control measures have been effective and are responsible for halting the spread outside of north and central Sumatra. 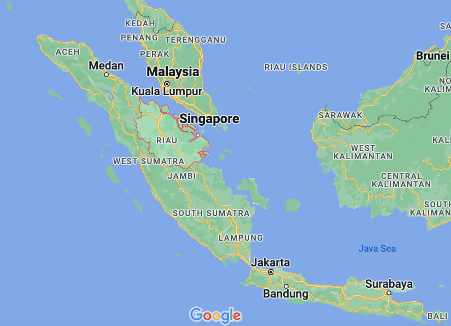 But the real reason may simply be the direction of the prevailing winds.

As the graphic and the map below shows, the direction of the winds from October to May (the northeast monsoon) are from the north and the east.

This flow would have assisted the movement of insects from southern Thailand and Malaysia across the Malacca Straits into Riau and other parts of northern Sumatra.

After some initial spread to the south including Jambi, the wind direction changed 180 degrees in May/June to blow from the south to the north (southwest monsoon).

This would have promoted the further spread of LSD around the northern half of Sumatra as we have seen and reduced the chance of spread to the south.

Map 1. Northeast Monsoon – October to May
This wind direction could have blown the infected insects across the Malacca Straits from southern Thailand and Malaysia to north and central Sumatra. 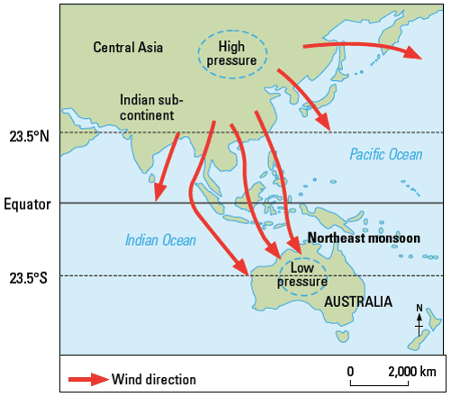 Map 2. Southwest Monsoon – June to September.
In May/June the winds reverse direction and blow from the south potentially halting further movement of infected insects towards Lampung, Java and the eastern islands. 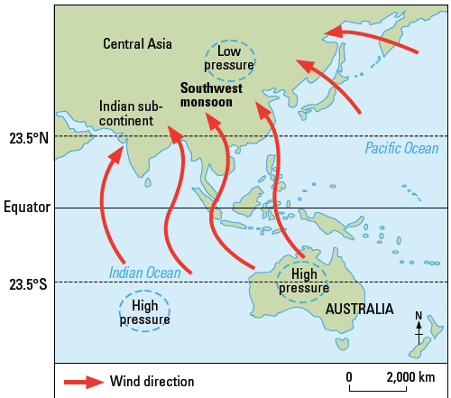 When the wind changes once again this coming October the insects may well be quickly blown down towards the large number of cattle in south Sumatra, Java and the eastern islands.

According to the OIE information, the first confirmed infection in northern Vietnam was recorded in October 2020 meaning that it only took 17 months to reach Riau in Indonesia, a distance of around 2,300km (in a straight line).

This period included two northeast monsoon seasons blowing insects in a southerly direction. From Jambi to Timor is close to 2,400 km so if the speed of infected insect travel is similar it might take less than two years for the virus to make it to Timor and have the first opportunity to threaten northern Australia in around October 2024 at the commencement of the northern Australian 2024/25 wet season.

The virus would have to arrive in Timor on or before May 2023 in order to present a risk to northern Australia during the 23/24 wet season. Considering the intensity of the northeast monsoon in equatorial Indonesia and the massive populations of insects, this rapid transmission might well be possible.

LSD is such an easy disease to identify, it will be a simple matter to follow its path through South Sumatra, Java, Bali and the eastern island chain.

We will know when it gets to Timor and then we will just have to hold our breath and hope that the Timor Sea is too far for the infected insects to be blown across the 600km of ocean on the monsoonal winds to the north Kimberley of WA or the top end of the Northern Territory.

If the Timor Sea gap proves too far then we will have to wait until the insect vectors are blown across the eastern island chain until they reach New Guinea where it will finally be an easy flight across the Torres Strait to Cape York Peninsular. This much longer route will at least give the Australian scientists a lot more time to develop a superior vaccine to protect the Australian herd. 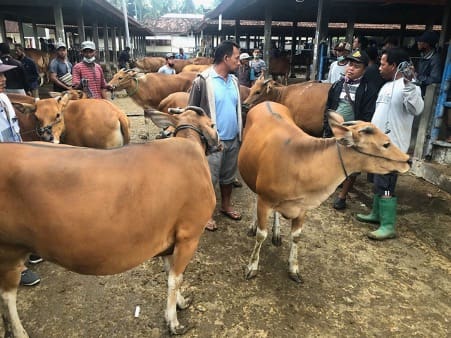 Bali cattle have a beautifully sleek hide so it will be obvious to anyone when LSD passes through Bali on its journey eastwards. The photo above is from Thailand where wild Banteng have been found to be infected with LSD.