Why cows are the Lionel Messi of global food security

IMAGINE for a moment that the world’s entire available agricultural land is represented by a soccer field, just like those in Qatar where Argentine Maestro Lionel Messi is weaving his magic as the championship stages of the World Cup play out. 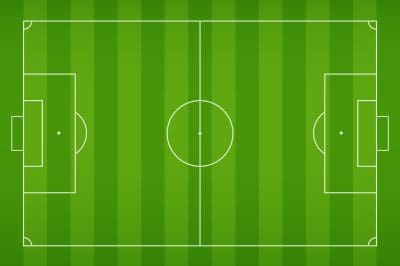 Only the penalty area – the small rectangles in front of each goal – would comprise arable land that can grow human-edible food.

The remainer is “absolute grassland”, which cannot be converted into arable land to grow food for humans, because it is either too wet or too dry or too steep or too deficient in soil quality etc.

And, even from the comparatively small area of agricultural land that can grow food that can be directly consumed by humans, livestock are still needed to convert most of what is actually produced on that land into food that is edible for humans.

Agriculture produces biomass that is non-edible for the most part, German professor Willhelm Windisch from the Technical University of Munich, pointed out to the recent Societal Role of Meat conference in Dublin.

Even a prospering wheat crop produces straw at amounts that equal the harvested kernels. And when turned into flour one third of the harvest is left as bran. Hence, one kg of white bread produces at least 2 kg of non-edible biomass. Other crops such as legume and oil seeds generate more – for example, one kg of rape (canola) oil entails more than 7 kg of non-edible biomass.

Utilising this ‘waste’ biomass to produce human food is one of the often unrecognised superpowers of ruminants.

The absolute grasslands that represent most of the ‘soccer field’ that is the world’s entire available agricultural area are habitats that have evolved with in co-existance with animals over millions of years in symbiosis. Compared to forests, these grasslands are highly productive habitats with high densities of herbivores, quick turnover of biomass and fertilisation of plants via animal manure.

If simply left to rot on the ground, the 3-5kg of non-edible biomass generated from the production of 1kg of “vegan food”from crops such as wheat, barley, oats, legumes, and oilseeds would continue to generate emissions of carbon and nitrogen.

Cattle produced methane, a strong greenhouse gas but one that had a very short lifetime in the atmosphere, and at constant numbers, ruminants did not increase amospheric methane concentration.

“You can let (the inedible biomass) rot in the field, or you can feed it to the biogas or to the ruminants, it will have emissions,” Prof Windisch said.

“If we do not feed this to animals, the consequence on environment is zero.

“The only thing is we have less food.”

Feeding the ‘inevitably occurring inedible biomass’ to livestock was a ‘win win’ situation, he said – it convert the biomass into edible meat and milk for humans, while livestock also produce ‘storable organic fertiliser in the form of dung that can effectively double the production of ‘vegan food’ per hectare per year, without competing with the ‘vegan food’ produced.

If the biomass generated by the production of ‘vegan food’ was not fed to livestock it would delete significant quantities of food that could have been produced without any food competition. It would also require massive intensification of vegan food production, entailing a severe rise in emissions/footprints.

“The vegan agriculture must double the food production on the limited area of arable land and this is simply impossible.”

“Ruminants are the animals to maintain food security.

“The take home message is don’t spoil biomass, neither edible or non-edible.

“Of course we need to maximise the gain of edible biomass from arable land but we would still have a lot of non-edible biomass.