Where have all the (old) journos gone? 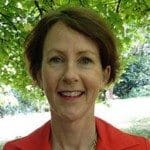 Plenty has been written about job cuts in newsrooms throughout rural and regional Australia, but as Cox Inall senior consultant Judy Kennedy writes, it’s not just about the “head count”, it has far-reaching implications for the development of new journalists and our society’s ability to understand itself.

Do you have a favourite rural journalist, or an outlet – online, radio, TV, newspaper – that you think reports agriculture well? Or do you have to cast your mind back to when it seemed there was a lot more space and depth to rural reporting, not just the drought and flood headlines?

It puts me in mind of a saying Dad had when we were growing up and learning how to muster and work livestock and master machinery, that I think originates from an old Irish proverb: ‘Old dog for a hard road, puppy for the footpath’.

It was his way of saying the old fellows like him had worked hard to get the experience and skills to survive some hard roads, while the puppies – us – thought we knew it all but were still on the footpath!

I’ve thought of it often in the past few months as I keep seeing more and more experienced rural journalists being made redundant or retiring. They’re not always being replaced, and if they are, it’s always with a much younger ‘pup’ or reporter who costs less in wages.

‘There’s no replacement for experience, wisdom and street smarts’

There’s no replacement for the experience, wisdom and street smarts that a good journo develops after years of working in what is after all, the very small space that makes up rural journalism in Australia.

When I started at the Queensland Country Life as a cadet in the 1980s, there was Bernie Reppel, a short gnarly but knowledgeable man nicknamed ‘Barney Rubble’ who’d been at QCL for 20 years. He knew the complex ins and outs of the beef and cane industries and understood the quirky ways of North Queenslanders. His counterpart was the cool, calm and cynical Blair Chadwick, who’d seen it all in state politics but always reported with integrity and intelligence.

My editor was Kenrick Riley, who as the son of a wool classer had impeccable rural connections but was careful not to be beholden to the rural ideal; that is, if you report on rural issues, you must be on the side of the farmer.

That was also the attitude of ABC Rural when I moved to radio in the mid 1990s, when some of the legendary broadcasters like Adrian Scott, a 25-year veteran of ABC Radio’s Toowoomba office, were retiring to be replaced by young gun reporters such as the firm but fair Edwina Clowes and Canberra political reporter, Robin McConchie, who recently racked up 33 years in Rural.

ABC’s Country Hour celebrates 70 years in October, but late last year ABC Rural’s only program that broadcast into the major cities of Sydney and Melbourne, Bush Telegraph, was axed. With it went half a dozen producers and presenters who were very experienced in assessing, researching and bringing rural stories to an urban audience.

While it’s fantastic to have a stream of young reporters with new ideas and fresh attitudes in rural broadcasting, I wonder how we ensure they’re around for long enough to develop an in-depth knowledge of agricultural issues. Without the knowledge and experience that comes from working in one place or on one round for a year or two at least, they can tend to skim the top of rural issues and fail to take the story one step further than the obvious.

This is vital for the quality of news and analysis provided to people in rural and regional parts, but it’s also critical to the industry’s position in urban Australia.

I’d love to see a commitment from the major online dailies – and weekend papers such as The Saturday Paper – to having more journalists dedicated to a rural/regional round. And from ABC News, a commitment to running 10% of the news stories generated from rural and regional areas.

Cynics might say this is agrarian socialism in the newsroom and that there is not enough interest to justify such an investment, but the role of media is to act as more than just ‘click-bait’. When urban listeners can follow the development of an issue through the news, they begin to expand their social awareness further than the city’s boundaries.

Dedicated rural reporters are incredibly valuable conduits for transmitting information between city and country and vice versa. They can make us laugh or cry, or more importantly, empathise with people we might only see at the Royal show once a year.

We need more, not less of them.