The $53 million deal for the feedlot assets, together with RFM’s $250 million finance facility for J&F Australia’s livestock in the JBS yards, represents easily the largest transaction ever seen in the Australian grainfed beef industry. 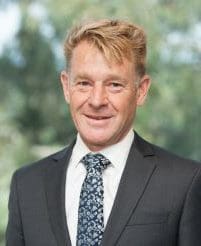 RFM managing director David Bryant said the opportunity to enter into a strategic partnership with JBS was the greatest attraction in the agreement.

“JBS is company that provides a high margin route to market for a significant proportion of Australia’s cattle industry, and we want to be a part of that,” he said.

In that space, the company already controls $100 million worth of poultry farming assets, stretching as far back as 2003. The beef feedlot investment was really an ‘extension’ of that strategy, Mr Bryant said.

“Certainly entering into a cattle supply agreement through the acquisition of J&F Australia is somewhat new for RFM, although RFM has historically provided cattle financing through another part of its business,” he said.

The strategic partnership announced this week would provide a consistent supply of grainfed cattle for JBS, while in turn, RFG had introduced a “substantial and highly capable new counterpart to its investment portfolio, that would contribute to growth of fund assets and income,” a joint statement issued this morning said.

Asked whether any synergies would emerge with RFM’s investment last year in the Camm Agriculture Group’s cattle property assets last year (see earlier story) Mr Bryant said this was not something that had been considered or discussed.

Last October RFM bought three of CAG’s North Queensland cattle properties in a deal worth $53 million. The properties – Natal Downs, Longton and Narellan – covered almost 400,000ha in the Clermont/Charters Towers/Pentland area. Similar to the JBS deal, the properties were leased back to the Camm Group for a period of ten years.

Asked whether there were prospects for further development or expansion of the feedlot assets under RFM’s ownership, Mr Bryant said the parties to this point had been heavily focused on completing the transaction.

“But generally, we like to make an acquisition, and then expand, if it is justified,” he said. 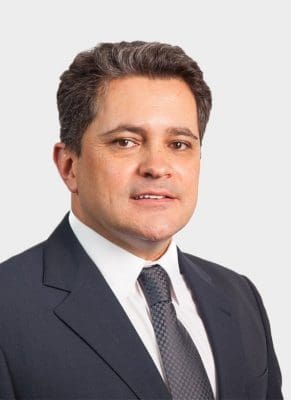 JBS’s Edison Alvarez said the first focus was on completing the transaction, but it then “made a lot of sense’ for the stakeholders to look at future opportunities, and potential to do more things together.”

“Through the transaction, we are bringing an Australian partner into the JBS supply chain,” Mr Alvarez said.

Asked whether RFM now had appetite for other similar investments – either in lotfeeding or related ‘infrastructure’ type assets in the Australian red meat supply chain, Mr Bryant said the door was ‘always open.’

While the Rural Funds Group does carry some overseas equity, it is described as ‘greater than 90 percent’ Australian in origin.

“The equity raising that we are completing at the moment continues that – in fact in probably increases the level of Australian ownership,” Mr Bryant said.

“The fund is managed by RFM, which is an Australian company that’s been going for 21 years. Over half of RFG’s register is what’s known as retail – that is, Australian ‘Mum and Dad’ investors,” he said.

The Rural Funds Group is an ASX-listed real estate investment trust. It is controlled by Rural Funds Management (RFM), one of the oldest and most experienced agricultural fund managers in Australia.

RFG owns a $687m portfolio of quality, diversified agricultural assets including almond and macadamia orchards, commercial-scale poultry farms, vineyards, water entitlements, cattle and cotton assets, all of which are leased to quality tenants.

RFG’s website says its investment objective is to generate a stable income stream derived from leasing its assets to suitable counterparts and capital growth through any appreciation in the value of those assets. RFG trades under the ASX code ‘RFF’.