A CHARLES Sturt University researcher is calling on livestock producers and vegans to participate in a survey which aims to  identify common values shared by both groups. 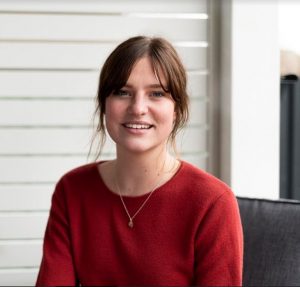 is conducting an online survey to quantify the values of livestock producers and vegans on issues around animal welfare, food production and consumption.

At the Charles Sturt University’s Graham Centre for Agricultural Innovation online forum last Friday, she said the research aims to learn more about opinions on the ethics and future of meat production in Australia.

“I can already see an overlap in animal welfare concern, a want for progress and innovation, lessening environmental impacts and minimising suffering for animals.”

Ms Stranks said the shared values issue should matter to livestock producers because of the changes in consumer markets. There was also increased scrutiny of animal welfare, radical protests by activists on farms and abattoirs, and veganism gaining social licence and influence globally, she said.

“A 2019 Food Frontier report on meat consumption has shown that one-in-10 Australians are reducing their meat intake, with baby boomers aged 56 to 76 leading a reduction in meat consumption.”

Economically the plant-based industry in Australia grossed $150 million last year and is expected to increase to $3 billion. In comparison the livestock industry grossed approximately $66 billion and provided employment for 400,000 people.

“While the plant-based industry has less of an economic significance than the livestock industry, it does show an increase in monetary value awarded to plant-based products by consumers,” she said.

Ms Stranks said livestock producers relied on social licence approval from consumers to operate and her research had shown that involving all stakeholders in conversations around animal welfare can increase social licence.

She said a study into meat consumers and animal welfare activism highlighted that livestock producers’ understanding of vegan views and opinions might be key to the sustainability of the industry, “which is your business.”

“And these might become the majority views of the future.

“So if you are over 18, vegan or a livestock producer, we would love to hear your opinion.”

Ms Stranks said it was important to understand the differences and similarities in beliefs held by vegans and livestock producers, as they can provide insight into consumer preference to see if there’s opportunity for a collaborative approach to animal production in Australia.

“We hope that people who are actively involved in the production of meat, poultry, pork, egg, fleece, and aquaculture in Australia, along with people who are vegan will take part in the survey,” she said.

“We hope that people who are actively involved in the production of meat, poultry, pork, egg, fleece, and aquaculture in Australia, along with people who are vegan will take part in the survey,” she said.