MEMORIAL service arrangements have been finalised for former general manager and director of the North Australian Pastoral Co, Ross Brunckhorst, who passed away last Friday, aged 83. 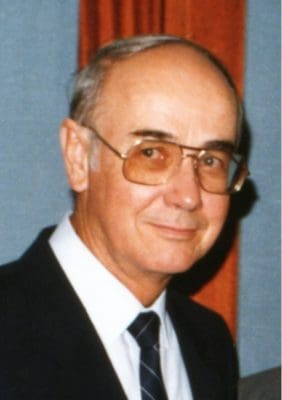 Mr Brunckhorst joined the North Australian Pastoral Company in 1977 as assistant manager, and was promoted to general manager in 1982 at the retirement of Ken Moore.

He served as general manager for 13 years, to 1995, and remained as a company director on the NAP board through to 2009.

Up to the 2016 retirement of immediate past chief executive Nigel Alexander, NAPCo had had just three operational heads (either CEOs or general managers) over the previous 60 years, since 1956.

During his 32-year association with the company, Mr Brunckhorst witnessed enormous progress within NAP’s operations, from open-range mustering to the highest standards of integrated large scale cattle production and livestock handling.

Among his many achievements, during his tenure at NAPCo he:

Born at Warwick in 1935, Mr Brunckhorst was raised on a farm at Loch Lomond on the southern Darling Downs. Following education at the local school and in Brisbane, he studied wool classing while working at Grazcos, a sheep shearing and wool pooling company. In 1952 he was sent to Augathella by Grazcos, and worked at various properties including Oakwood Station.

After National Service with the RAAF, he worked for a period for Burns Philp in Fiji, before joining the United Graziers Association in 1957. At the time, Bill Gunn (later Sir William) was UGA president, and when Mr Gunn formed Gunn Rural Management in 1965, he invited Ross to join as one of his first members of staff. He stayed with GRM until starting his career with NAPCo in 1977.

Mr Brunckhorst was well respected by his peers across the northern Australian pastoral industry, and had many friends and acquaintances outside the company in wider industry circles.

He represented NAPCo and the cattle sector on a number of industry committees, and was awarded honorary life membership of the Northern Territory Cattlemens Association in 2000 in recognition of his contribution to the northern industry.

Mr Brunckhorst’s fairness and thoroughness were his trademarks. He was also known for his sense of humour, his ability to relate to people from all walks of life, and his fierce loyalty to the company for which he worked for so many years.

In May 2016, QIC Ltd (a Queensland government owned investment corporation) acquired a 80 percent interest in the original family-owned NAPCo business, with members of the Foster family owning the remaining 20 percent.