Mr Johnston had a life-long involvement and a proud family history in the Australian meat and food industries. 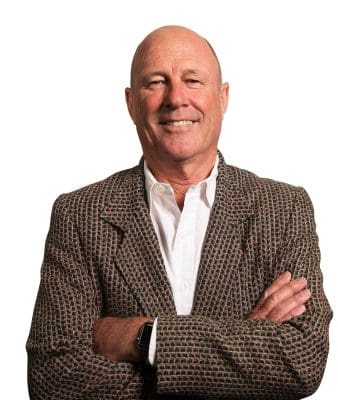 The Johnston family name continues on today through some of the biggest and most respected meat trading, value-adding and retail-ready meat businesses in the nation.

Long-standing business partner David Beak remembers Peter as a humble, yet positive person always looking to the future and new possibilities, who was deeply supportive of those around him.

“He was always super-positive – the most positive individual I ever met,” Mr Beak said.

“In later years he became a mentor to many across the meat industry,” he said.

Peter’s father Don started the DR Johnston meat business in 1960 to trade export meat to the US market. The US market had opened up for Australia to export as improvements to shipping and freezing occurred.

In 1978 the company purchased the domestic abattoir at Dorrigo NSW, later selling it before purchasing the Guyra export abattoir in 1985. 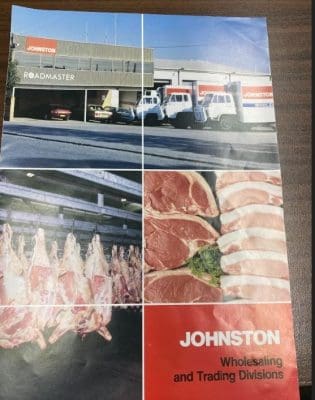 Another of Don’s sons-in-law, Denis Robertson, was also working in the DR Johnston business, during which time he started the large road transport business Roadmaster Haulage.

Later in 1985 Don retired and Peter and Ken purchased the remaining shares in DR Johnston off Don and Denis to own 50pc each. Denis then independently owned Roadmaster and built it into a large trucking company.

Another milestone in the DR Johnston business occurred when US-based global agriculture giant Conagra was looking to enter the Australian market, and purchased 50pc of the DR Johnston group in 1990.

Peter retired in 1998 and Ken in 1999, and they both sold their remaining shares in that business. AMH was subsequently purchased by US-based Swift, and then in 2007 by JBS, the Brazilian processing giant, which has continued to expand world-wide.

Independent of the DR Johnston business, Peter and Ken Dunnett in 1986 set up a joint venture with David Beak, a fourth generation meat family from the Angliss and Vestey era, to produce case-ready meat and ready-meals in Australia for large supermarkets and other customers, including the Sizzler restaurant chain. 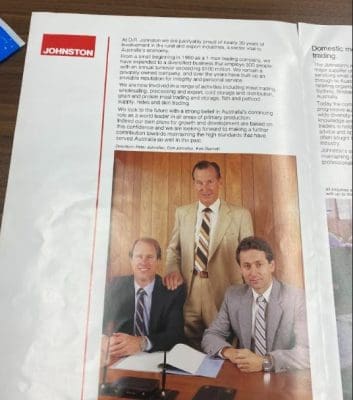 Beak & Johnston was the pioneer in the case-ready meat and portion-control meat business in Australia, followed later by chilled ready-meals. The company did some value-added export for a period into markets like Japan.

A third site City Kitchen 2 is under construction next door. Beak & Johnston also own and operate a processing factory in NZ (Pitango) which mainly producing slow-cooked and organic soups.

B & J also purchased 50pc of a successful food service and portion-cutting business Beak A la Carte in Brisbane with Geoff Atkinson, and also purchased Cleavers Organic Meats, which is now part of the Arcadian Group jointly owned with Hewitt Cattle Company.

After a brief retirement, Peter and Ken started a new meat trading business Dunnett & Johnston Group in 2000, of which Brad Dunnett is now CEO. The company is now a large importer and exporter of meat. The business subsequently started three meat wholesale businesses, firstly Australian Wholesale Meats (AWM) in Brisbane, then AWM Melbourne and then with Dave McNally, AWM Sydney.

Peter had battled leukaemia for the past 12 years, but remained engaged in the businesses’ affairs up until more recent times, when his health deteriorated.

He was always keenly interested in how each business was going. He extracted great pleasure out of seeing people grow and develop in the businesses. The relationships he formed both in and outside his businesses meant a lot to him, and he loved recalling memories from the early days.

He loved the journey not just the destination.

Peter Johnston is survived by his wife, Marti, and four adult children.