THE red meat industry has lost a colourful, deeply-respected and much-loved industry stakeholder with the passing in Brisbane of Leo Pugh on Thursday, after an 18 month battle with cancer. He was 80. 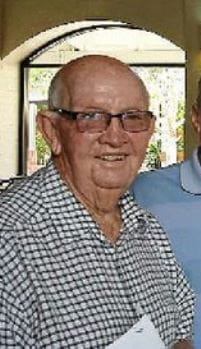 Leo was widely known across the red meat processing, export and cattle community throughout eastern Australia, running his Independent Meat Traders, and later IMT Processing non-packer export and trading business for some 50 years, most of it alongside his brother, Roy.

Blessed with an engaging personality and a larrikin spirit – doubtless due to his Irish heritage – Leo was a larger-than-life character across the cattle industry, well known from North Queensland all the way to Victoria. He had an amusing, colourful, and mostly true story for every occasion, and revelled in the telling of them.

The Pugh brothers were always destined to be involved in the meat trade. Growing up in the Brisbane suburb of Cannon Hill, home to the state’s largest livestock selling centre, both their father and grandfather were stockmen at the saleyard, and the Newmarket yards that operated before it.

Leo left school at 15 and joined the ranks of meat wholesalers operating out of Cannon Hill, enlisted by Wilson Meats around 1952 as a trainee livestock buyer. He then worked for a time with the Andersons meat processing and wholesale business, before launching his own IMT wholesale business in the early 1970s after Andersons went broke. Roy joined him soon afterwards.

In 1991, IMT Processing (IMTP) was formed, with Leo, Roy and another partner as shareholders. Gradually the business’s focus swung from domestic wholesale supply to export, and food service.

With the closure of the publicly-owned Cannon Hill meatworks in the 1990s, IMTP relocated its service kill business to the export-licensed Meramist plant near Caboolture, just north of Brisbane.

At its peak, the IMTP business accounted for some 1300 head of cattle per week, making it one of the largest non-packer exporters in Australia. Leo was the business’s front-man in cattle procurement, while Roy sold the product. They employed a general manager for processing operations in between. 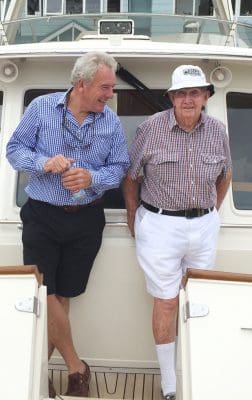 In the highly combative world of meat processing and export, Leo managed to enjoy deep and enduring personal friendships with many of his domestic and export industry rivals, including Geoff Teys from Teys Australia, Terry Nolan from Nolan Meats, and Richard Rains from Sanger Australia, to name just a few.

No large processor ever stole a pen of saleyard cattle cheap, whilever Leo was standing beside them in the buyer lanes. He had an incredibly keen eye for stock and values, and was legendary as a judge of cattle weights, after decades buying cattle out of the paddock on dead-reckoning, long before the advent of scales.

One of IMTP’s strategies was not to butt heads with the big processors in the beef export trade, but instead to quietly seek-out opportunities for Australian beef in less heavily-contested markets.

While the business did sell into the US, Japan and other large markets, it also discovered, and cultivated little export ‘gems’ in regions like Saipan, Guam and Taiwan – popular holiday destinations for Japanese tourists, where there was a string of four and five-star hotels and resorts. Russia was also a focus for a period. Leo also did a huge amount of business over the years in ‘ships stores’, provisioning ocean liners, commercial and military vessels during their stops in Australia.

Leo made major contributions to the red meat industry, spending lengthy terms on national councils and committees including the Australian Meat Exporters Federal Council, Australian Meat Industry Council and others.

Tributes have flowed from across the industry since Leo passed away on Thursday.

“Very sad news about one of our industry’s greatest characters,” Nolan Meats director Terry Nolan said yesterday. “We all knew him differently.  We all appreciated his company. We all admired his humour. We all loved his stories. We all valued his insights into many and varied topics, and will miss him dearly,” he wrote.

“It is a very sad occasion.  Leo was a true legend of not just the meat game – but also of life. He was such a character; loved a story and a good laugh.  They don’t make too many like him – so he will be missed by a lot of people,” wrote Mike Cleary from Weddel Swift Australia.

“He really was a legend. He always thought outside the square, and was as honest as the day is long. He fought the good fight and will be sorely missed,” former Sanger managing director Richard Rains wrote.

In 2009, a management buyout took place under generous vendor finance terms, as Leo and Roy stood back from the business. The company stopped toll processing around 2008, instead buying all of its requirements as boxed beef direct from export licensed processors throughout Australia and NZ.

As outlined in this earlier article, the IMTP trading business was sold to Brazilian processor Minerva in July last year, and earlier IMTP Food Service was bought by Swickers.