A TWO-DAY organics industry symposium in Canberra last week culminated in a barbecue at Parliament House on Wednesday night, showcasing a range of certified organically produced products from beer to beef.

Parliamentarians from all sides of politics enjoyed a barbecue and beverages at the Love Organic event, hosted by the Parliamentary Friends of Primary Industries. Beef was supplied by OBE Organic and the AOM Group.

Prime Minister Malcom Turnbull addressed the gathering, and acknowledged the importance to the Australian economy of the organic sector and the growth in organic production and exports. 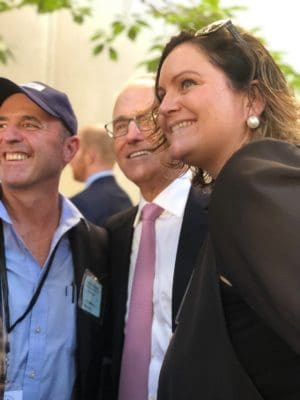 Australian organics exports tripled in volume between 2014 and 2016, and beef and sheepmeat accounted for the largest single portion of that tonnage.

The industry welcomed the opportunity to celebrate its world class organic produce and its unified purpose to represent all certified organic operators, said the convener of the event, Marg Will from Organic Systems and Solutions.

“Organics really came of age in Canberra, with a significant representation of all sides of politics attending the BBQ, and discussing issues with producers last week,” Ms Will said.

The industry was well represented at the events, with more than 120 organic producers and processors from across Australia attending, as well representatives from the major supermarkets.

Organic Industries of Australia is an incorporated association that will now perform the functions of the Australia Organic Industry Working Group (AOIWG) as a forum for consulting with Government on policy matters. 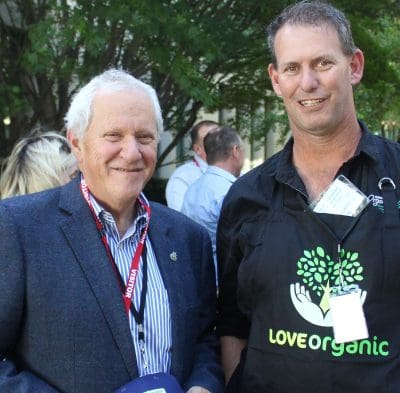 Meat processing identity Joe Seigal, Melbourne and Wayne Sheilds, an organic beef and vegetable producer from the Mornington Peninsula at the barbecue.

The new peak body will also work with all organic leaders to consider various options for the establishment of a permanent peak body. These options include merging functions with Australian Organic Ltd, merging with the Organic Federation of Australia, and considering other actions to demonstrate unity of purpose across all certified organic operators.

The independent chair of the AOIWG, and the president of the Organic Industries of Australia, is Greg McNamara, chairman of NORCo Cooperative. 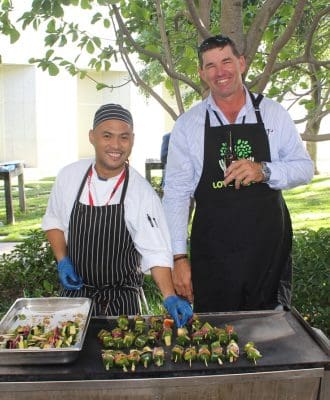 “As a rapidly growing and diverse industry, spanning food and cosmetic production, manufacturing and distribution, one common vision has emerged – to create a unified voice for Australia’s organic industries to negotiate policy reforms with Governments and that helps the industry capitalise on the growing global demand for organic products,” Mr McNamara said. 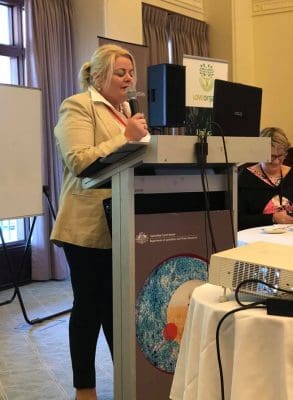 This vision was endorsed by all industry delegates.

There will be an opportunity over coming months for all organic operators to have their say on the work of the peak body.