US President Donald Trump has used a little-known piece of Korean-War era legislation to keep meat packing plants open, amid fears that protein shortages might arise in the US due to the impact of the coronavirus pandemic.

President Trump yesterday invoked the 1950s-era US Defense Production Act, signing an executive order that paves the way for meat processing plants to remain open during the pandemic, to protect the nation’s food supply. 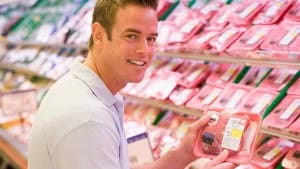 It is yet another extraordinary development in the covid-impacted meat supply chain saga that has unfolded the US since March.

At least 22 beef, pork, chicken and further-processing plants in the US, mostly across the Midwest states, have closed or reduced production at some point over the past month, after clusters of employees tested positive for Covid-19.

Daily Livestock Report yesterday said last week’s US beef kill, at 469,000 head, was down about 29pc compared with five weeks earlier, and 27pc lower than this time last year.

Meat packing plants have become incubators for the virus in the US, as large numbers of employees work in close quarters in cold temperatures, amenable to the virus’s spread. Twenty US meat packing and processing workers have died from the virus, and more than 6500 have been affected, according to union statistics.

The move by President Trump is expected to relieve pressure on meat packers and farmers, who have struggled with food-supply upheavals following pressure from local and state officials to close processing plants.

“Given the high volume of meat and poultry processed by many facilities, any unnecessary closures can quickly have a large effect on the food supply chain,” it said.

The order designates the meatpacking plants as part of critical infrastructure in the US.

A White House official told US media it would work with the Department of Labor to issue guidance for vulnerable workers, such as those aged over-65, and those with chronic health conditions, to stay at home.

The chairman of processing giant, Tyson Foods, John Tyson, took full-page advertisements in national US newspapers on the weekend to warn that “the nation’s food supply is breaking.”

“As pork, beef and chicken plants are being forced to close, even for short periods of time, millions of pounds of meat will disappear from the supply chain,” he said. “As a result, there will be limited supply of our products available in grocery stores until we are able to reopen our facilities that are currently closed.”

Mr Tyson said millions of cattle, pigs and chickens would be euthanised because of slaughterhouse closures, limiting supplies at supermarkets.

The New York Times wrote that President Trump’s declaration on Tuesday that meat processing plants were “critical infrastructure,”  was an effort to ensure that facilities around the country remained open, as the government tried to prevent looming shortages of pork, chicken and other products as a result of the virus.

The president said his administration would “take all appropriate action” to ensure that meat and poultry processors continued operations, consistent with federal health and workplace safety guidance.

While Mr Trump said the step would ensure an ample supply of protein for Americans, the announcement provoked a backlash from unions and labour advocates, who said the administration needed to do more to protect US meat workers, who often stood shoulder to shoulder in refrigerated assembly lines.

On Sunday, the US Centres for Disease Control and Prevention and the Occupational Safety and Health Administration issued guidelines calling for physical distancing and other measures to keep workers safe. But the guidelines are voluntary, and food safety and labour advocates said they feared that meat companies would not follow them.

While companies have been drawing on stockpiles of meat in cold storage, they have warned that supplies to supermarkets could soon dwindle as plants remain closed amid illnesses. Pressure has been mounting on the Trump administration to take action.

“It may take a while to manifest at the grocery store, but make no mistake – when you see processing capacity drop by 20 to 30 percent, it will ultimately have an impact,” the chief economist at the American Farm Bureau Federation, John Newton told media.

But Mr Trump played down any worries about lack of meat. “There’s plenty of supply,” he told media on Tuesday. “It’s distribution.”

Mr Trump said he would also shield meat packing companies from legal liability from worker claims of not being adequately protected from illness, though the order did not spell out any specifics.