COMPETITION in the cattle market will further intensify this year with cattle numbers expected to fall to a 20-year low in the next two years, according to Meat & Livestock Australia’s cattle industry projections for 2016 released this morning.

The Australian cattle industry would be influenced by a number of extreme forces in 2016, MLA warned.

Working to partly offset the projected 16pc year-on-year decline in adult cattle slaughter for 2016, at 7.6 million head, will be the expectation that average carcase weights will increase considerably.

This assumption is based on the already much lower stocking rates, a greater proportion of lighter northern cattle exported live, a higher proportion of cattle on feed and fewer female cattle processed. 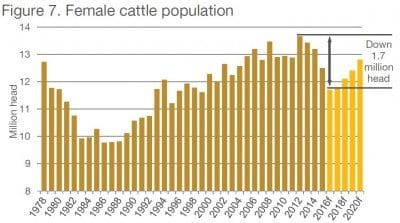 Tightening cattle supplies combined with re-stocker demand and a lower A$ are also expected to see Australian cattle prices average higher in 2016 than 2015.

“The main price risk factors remain further unexpected falls in the US beef market or an unexpected strengthening of the A$,” Mr Thomas said.

The market is also expected to see a shift in the proportion of cattle exported live compared to cattle processed.

“Influencing high live exports is the combination of high prices and a lack of trade disruptions, and strong demand from Vietnam and Indonesia,” Mr Thomas said. 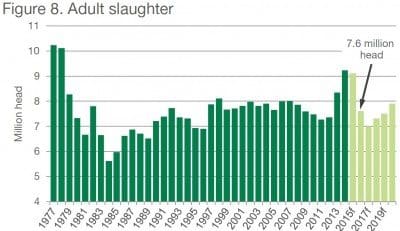 “This trend is expected to continue in 2016, increasing the competition for cattle in the far northern regions of the country particularly.”

Beef and veal exports are expected to fall as a result of lower production this year, rather than reduced demand.

“The predictions of the A$ to average 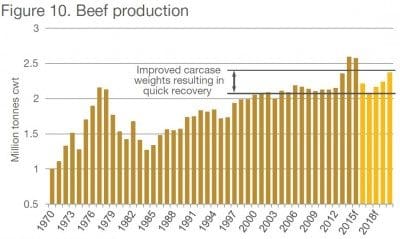 between US66-69c is a significant positive, but needs to be balanced against the heightened competition from Brazil in many markets, the expectation of high US poultry production, higher year-on-year US beef production and significantly weaker US beef markets compared to 12 months ago,” Mr Thomas said.
“Nevertheless, on balance, the Australian cattle market will be in a good position in 2016, with any further summer rainfall only acting as a catalyst for additional potential cattle price rises.”